It's Election Day in Indiana. This blog provides updates on the latest results, issues that voters have encountered across Central Indiana and key races with state and national implications.

READ | Democrats take control of the US House

While Tuesday's election wasn't quite the "Blue Wave" that Democrats had hoped for, the Democratic Party is projected to have a majority of seats in the US House once the new Congress is seated in January.

Republicans will keep control of the Senate. The outcome represents a significant victory for the GOP and President Donald Trump.

The Marion County Election Board has voted to suspend the counting of absentee ballots until 10 a.m. Wednesday.

Voters in Noblesville have approved a $50 million school safety referendum that will nearly double taxes for the average homeowner.

Good work Indiana on electing @Braun4Indiana as the next Senator from the Hoosier state! Mike Braun will make us proud in Washington & will FIGHT for @RealDonaldTrump’s #MAGA agenda. I look forward to working with him! https://t.co/H33ryiDS0e 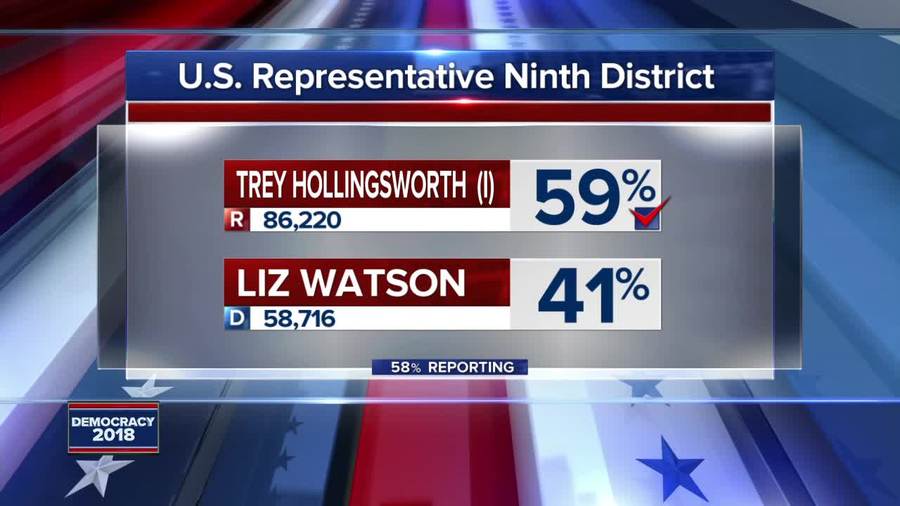 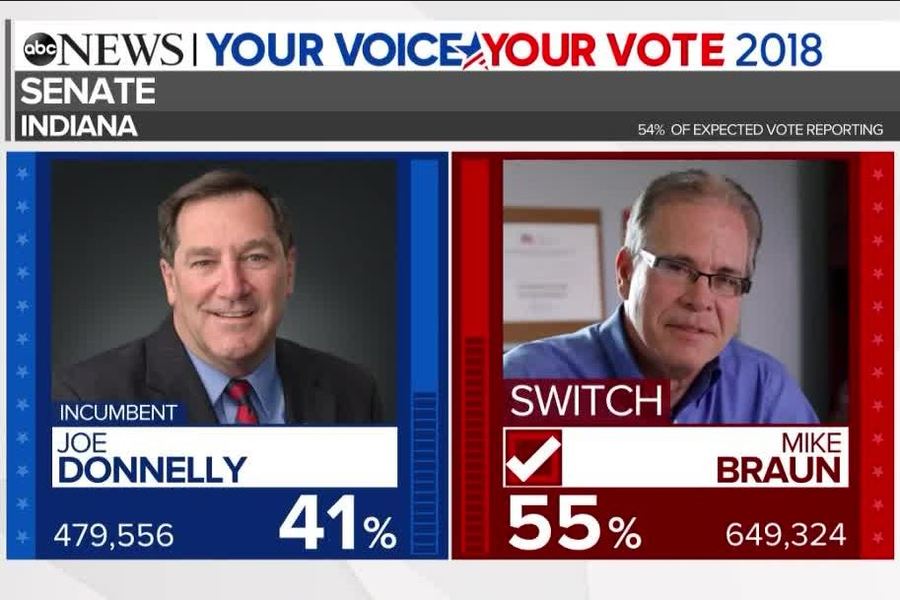 Congrats to my brother @GregPenceIN on being elected to serve in the US Congress. Greg served our country admirably in uniform & will do the same in Washington DC. I am so proud & look forward to working w/ him to advance @RealDonaldTrump’s agenda for America & the Hoosier State!

The Associated Press is projecting that Andre Carson will win re-election in the 7th Congressional District.

Happening right now: @GregPenceIN giving his victory speech. He says his brother @VP just called to congratulate him. He is the next representative for Congressional District 6. @rtv6 pic.twitter.com/EFxTQYJ7Ro 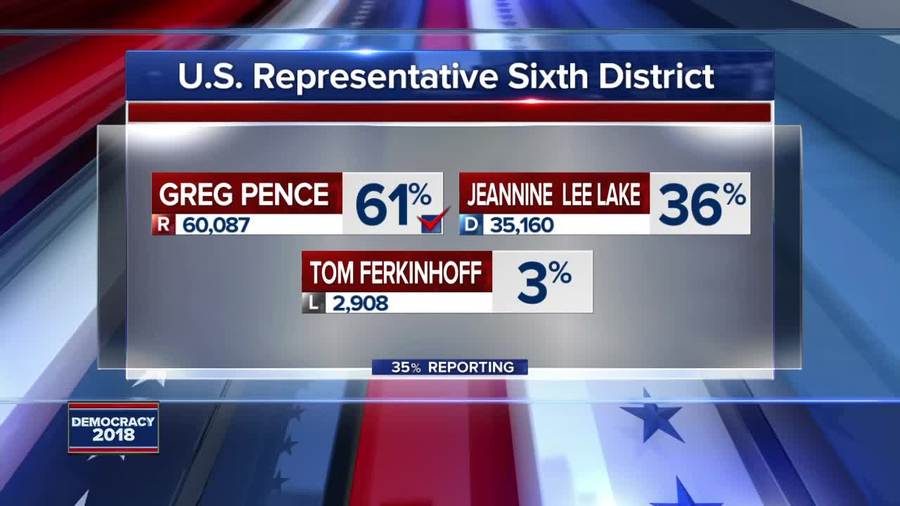 You can also follow our reporters Nicole Griffin, Stephanie Wade and Kara Kenney out in the field as they cover the latest on tonight's results.

Update: Another announcement made at the Republican HQ in Columbus where we are waiting to hear from Congressional District 6 candidate Greg Pence. Results are in from 7 of 18 polling locations and Pence has 55% of the votes. No speech yet. @rtv6 pic.twitter.com/STRnxsdNtq

With only 6 percent of precincts reporting, Republican Mike Braun is leading in the race for the U.S. Senate seat. 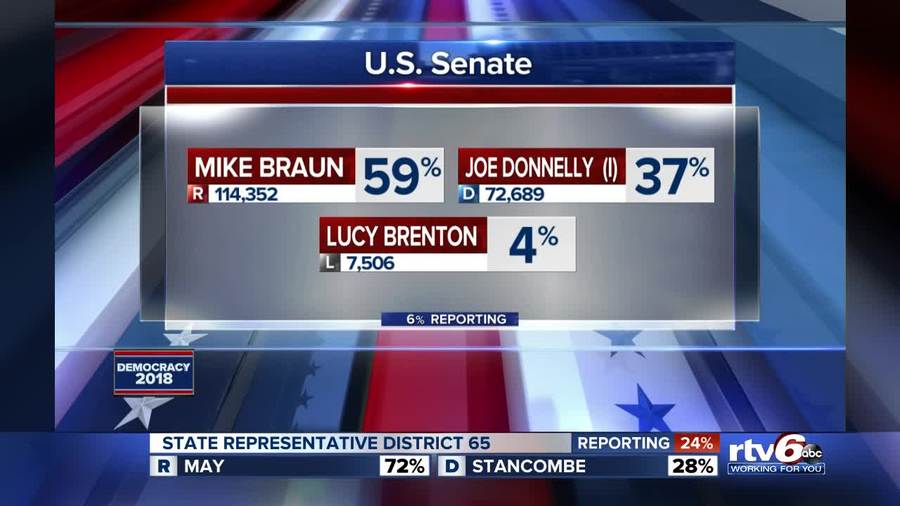 7PM UPDATE: People are still waiting to vote tonight in Johnson County after servers were down this morning, causing 2-3 hour wait lines, not allowing anyone to vote at one point. Some are frustrated the election board opted to not extend voting hours @rtv6 pic.twitter.com/wXwA2xlrMV

READ | Exit Polls: Most Voters Feel Good About the Economy

Voters & supporters are anxiously waiting for results at the Republican Headquarters in Columbus, IN. pic.twitter.com/wQa5pcc3dL

Browne says, "There were several, larger polling sites of which I am aware that required more ballots and we have numerous couriers delivering ballots as we speak. Please encourage any and all voters who are waiting to please remain. Anyone who is in line when the polls close will get to vote."

Monroe County Clerk has requested an extension of voting hours due to a ballot shortage problem. The extension has not yet been confirmed.

Issues with checking in voters caused long voting delays in Johnson County and across Indiana on Tuesday. The issues started in Johnson County around 10 a.m. and the election equipment company, ES&S released a statement around 3:30 p.m. that the issue had been resolved.

PHOTOS | Long lines and no lines when voting across Indiana

Several voters were turned away in Johnson County after waiting nearly three hours in line to vote earlier in the day. The election board says it will not seek to extend voting hours because of the issue.

Johnson County Election Board officials discuss the issue below.