Why local political volunteers knock, call to get your vote 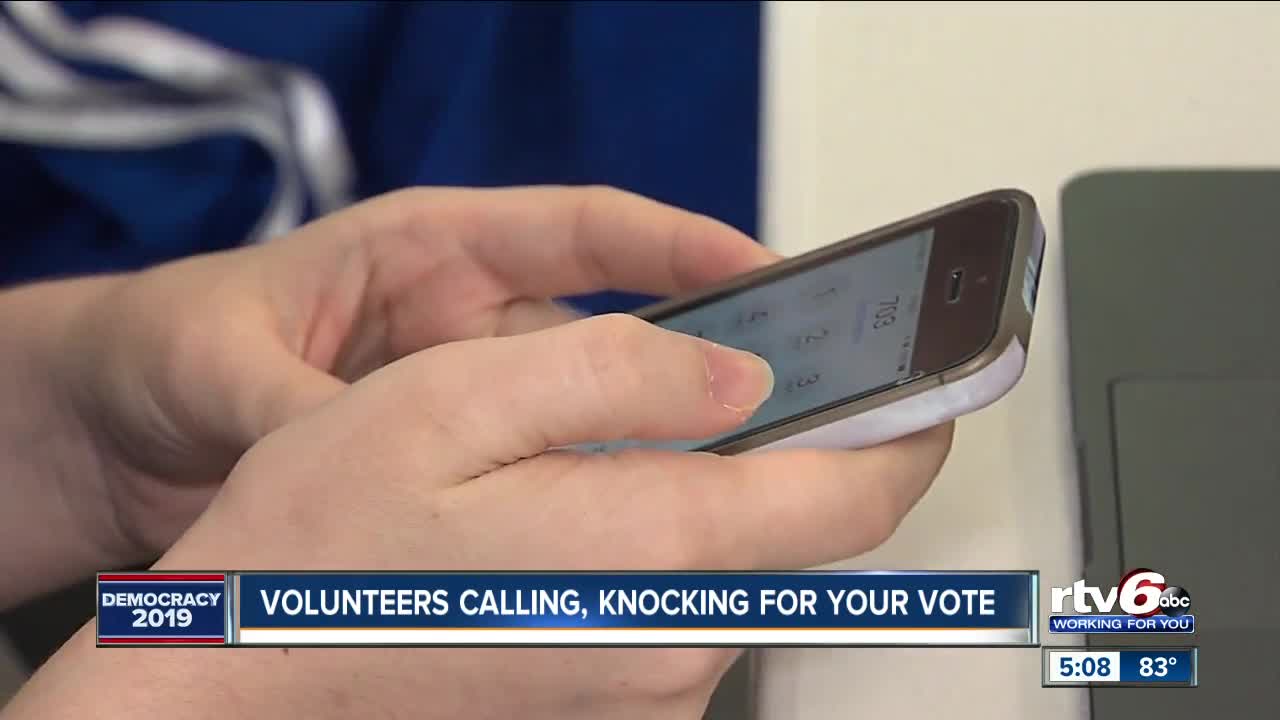 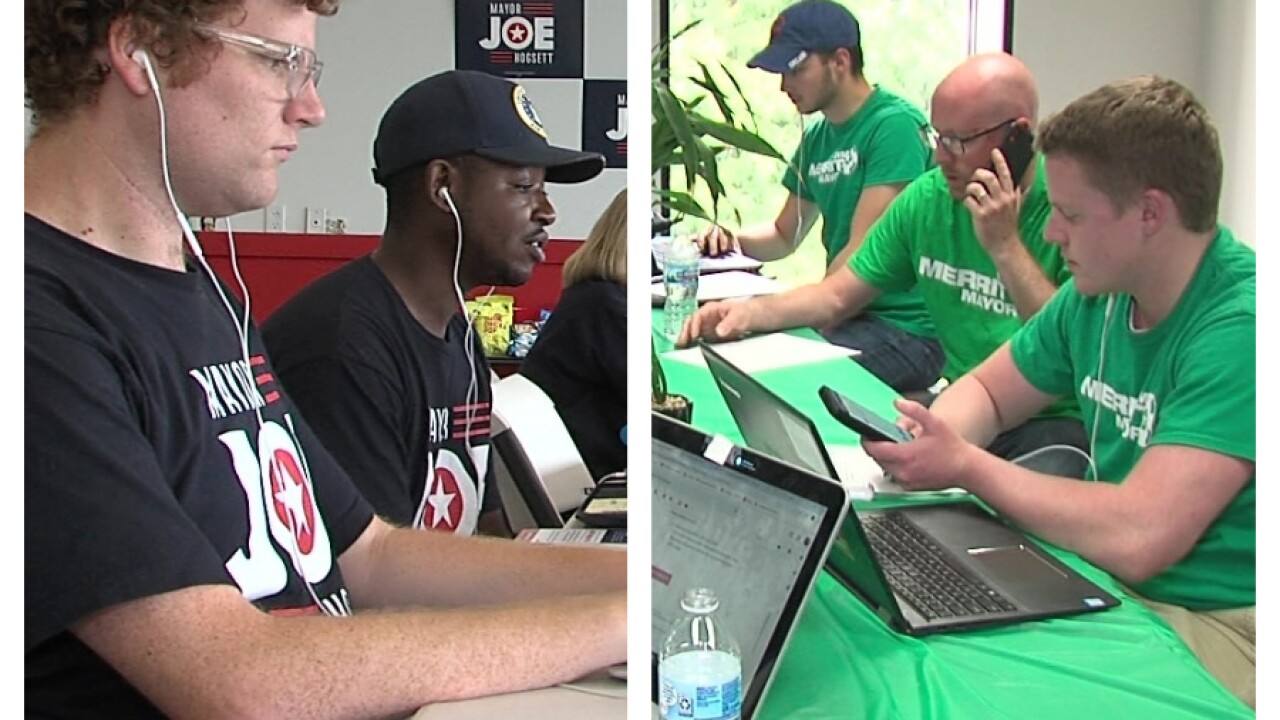 INDIANAPOLIS — One of them is a former neighborhood leader, working to curb violence where he lives. The other is a 19-year-old IUPUI student. But they both volunteer for political campaigns in Marion County, trying to get their candidate elected mayor of Indianapolis this year.

Ted Feeney, the former president of the Butler-Tarkington Neighborhood Association, volunteers for Sen. Jim Merritt’s campaign. He spends his time making calls and knocking on doors.

Feeney decided to get involved because he was frustrated at Mayor Joe Hogsett’s response to his work in the neighborhood.

Now, Feeney makes calls from Merritt’s campaign office on Indianapolis’ north side and helps knock on doors to get the word out.

“You'll learn a lot about the big issues our city is facing and being a part of the actual solution to make Indianapolis on that journey to a world class city,” Feeney said.

Nick Roberts has always been interested in politics. The college sophomore ran a state representative campaign last year, and is back volunteering for Hogsett’s reelection campaign, as well as helping with Democratic City-County Council candidates.

It can be tough to engage younger people about politics, but Roberts said he tries to meet people on what they care about.

He wants to work as a campaign manager once he graduates with his – you guessed it – political science degree.

Feeney and Roberts may not have a lot in common politically, but ask them about civic engagement and the answers are pretty similar.

“If we don't engage, if we don't participate, we sort of start that decline,” Feeney said. “We're sort of in our own bubble and it doesn't make for a positive environment.”

“If you have all these thoughts and opinions, but if you actually don’t do anything about them, at the end of the day you're not doing much,” Roberts said. “There's so much at stake in local government and state government, if we don't voice our opinions nothing will change.”

Election Day for all 25 Indianapolis City-County Council districts and mayor will be Nov. 5, 2019.