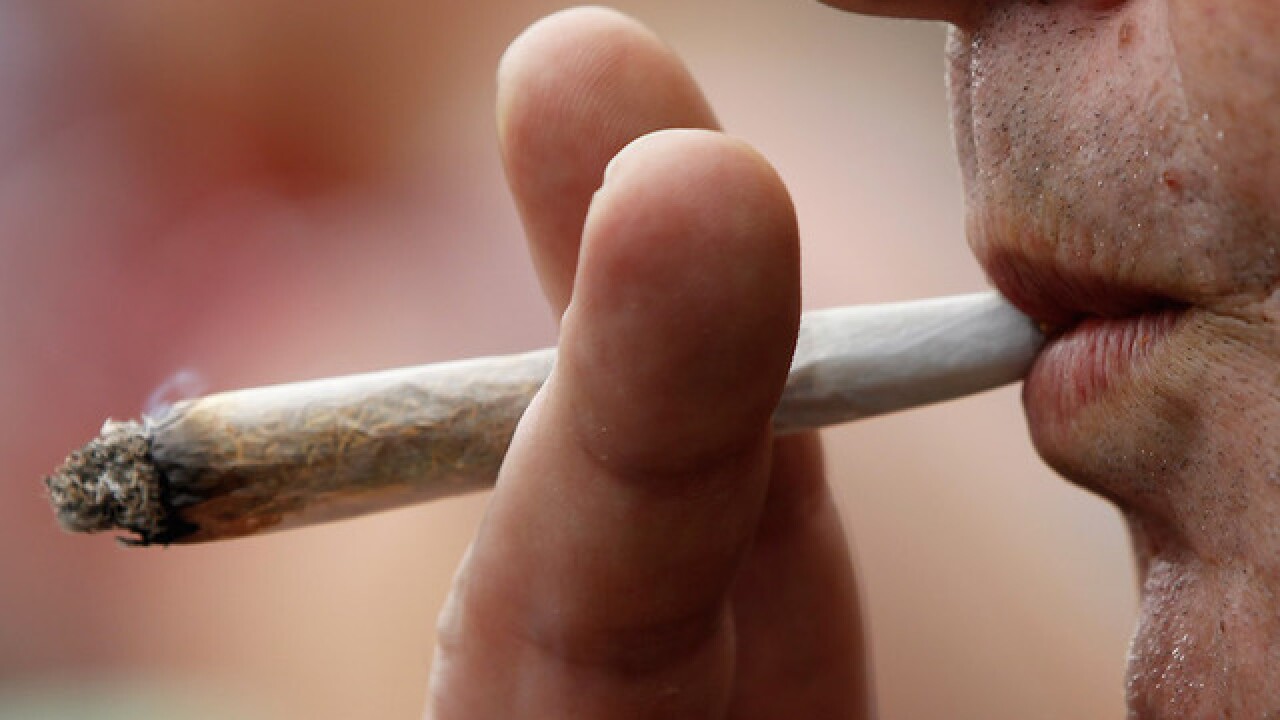 INDIANAPOLIS — Four months after then-interim Marion County Prosecutor Ryan Mears announced his office would no longer prosecute marijuana possession cases of less than one ounce, he may have to do so anyway.

A proposal that passed the Indiana Senate Corrections and Criminal Law Committee on Tuesday could find a way to mandate those prosecutions.

For those in favor of Senate Bill 436, its passage would be viewed as keeping county prosecutors from going rogue and holding them to the oaths they took when elected. For those against the bill, it's viewed as taking away prosecutors’ discretion to make the best decisions for the people in their community.

The bill would allow the Indiana attorney general to appoint someone to prosecute certain crimes if that county prosecutor has “categorically elected” or announced that they will not do so.

This led to Sen. Karen Tallian, D-Ogden Dunes, questioning what counts as categorically electing. It’s an easy answer in the case of Marion County, where Mears held a press conference announcing the policy change. But everybody in the committee discussion room agreed that a prosecutor should have discretion whether to file charges on a case-by-case basis. So when does a case-by-case basis become a policy?

According to the bill, that line is up to the attorney general.

The author of the bill, Sen. Michael Young, R-Indianapolis, said he did not have Marion County in mind when he filed the bill. He said it was already in the works when Mears made his announcement in late September. But Young said it was in response to “social justice prosecuting” across the country.

“Unfortunately, many people think it deals with this prosecutor,” Young said. “It does, technically. But it’s not because, necessarily, this prosecutor. It’s because of the social justice prosecuting across the country. I want to try to head it off in Indiana.”

He listed off a few examples, such as not prosecuting theft cases of value less than $900. This is similar to what Dallas County, Texas District Attorney John Creuzot did in May. He announced he will not prosecute thefts of personal items worth less than $750, if they’re stolen out of necessity.

“Can you imagine somebody walking out in front of you, taking $900 out of your wallet, and the prosecutor says, ‘We’re not going to prosecute that,’” Young said.

In public testimony Tuesday, all but one person spoke in opposition to Young's bill.

The one who wasn’t opposed was Parvonay Stover from the Indiana Attorney General’s office. She said the office was currently neutral to the bill.

“We certainly appreciate the effort and understand why you’re considering a bill like this,” she said. “I would certainly be frustrated too if I were a legislator and an elected prosecutors were treating laws this body passed as optional and were mere suggestions rather than the rule of law.”

The attention Tuesday was focused on Mears and his marijuana policy, but it’s likely to also affect the policy of Jennings County to become a “Second Amendment Sanctuary,” meaning it will not enforce any new gun control laws.

Mears didn’t testify on the bill Tuesday, but released a statement last week saying: “The real issue is marijuana and the disproportionate impact our current marijuana policies have on people of color. This is a thinly veiled effort to avoid that discussion in the Statehouse.”

The bill passed, 6-3, but not before discussion of strong opinions on both sides.

“If we decide that we’re no longer in charge of passing the laws in the state of Indiana, but we’re going to leave it up to the prosecutors, there’s no reason to have a General Assembly because it will all be nothing,” Young said. “If you believe racial profiling or racial bias law we passed the other year should be enforced, wait until a prosecutor decides not to and see how many come here and scream and cry that a prosecutor is not prosecuting our new law.”

Tallian said she believes the bill may be unconstitutional.

“I find this bill to be absolutely, amazingly wrong,” Tallian said. “It just opens the door to a political circus. … There are ways to impeach a prosecutor if people think the prosecutor is not doing the right thing.”

The bill will now head to the full Senate. Here’s how the senators on the committee voted.