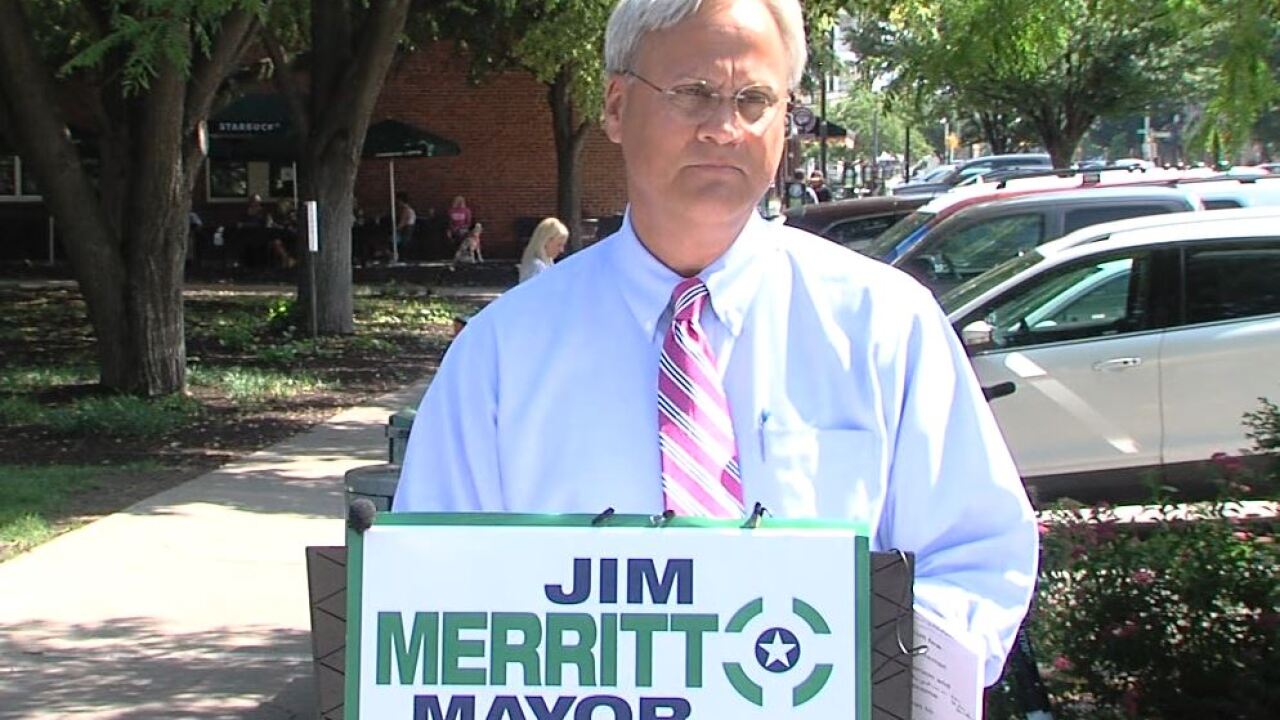 INDIANAPOLIS — With more than 450 homicides in Indianapolis over the last three years, Sen. Jim Merritt, R-Indianapolis, released new policy proposals Thursday as he campaigns to be the city’s next mayor.

"Once a person makes a choice to pull that trigger, that make a permanent mark on many people's lives," Merritt said.

There is one thing Merritt wouldn’t be able to do in Indianapolis as mayor – enact new gun legislation. A 2011 Indiana law prohibits cities, towns and similar entities from regulating guns and ammunition. It also prohibits new taxes on guns.

This means Indianapolis, and other cities across the state, can’t pass new ordinances related to guns.

Merritt voted in favor of that legislation in 2011 as a member of the Indiana State Senate. Whitley Yates, a spokesperson for his campaign, said he would still vote the same way today.

“A patchwork system of gun laws from county to county is inefficient and dangerous,” she said. “We must have uniformity throughout the state to maintain responsible gun ownership.”

"Mayor Hogsett has said consistently that the loss of even one life in our community is unacceptable, and that is why he has taken a comprehensive approach to combating the scourge of homicides that has been on the rise in our city since 2013,” campaign spokesperson Heather Sager said. “From returning to community-based beat policing, to adding a million dollars to the city’s crime prevention grant program, to launching a new summer jobs program for teens in need, Mayor Hogsett believes that in order to turn back the tide of violence we must address the root causes of the crime that affects too many of our neighborhoods. We must also bring our city together -- not drive it apart -- and we hope Senator Merritt will focus less on partisan press conferences and more on a constructive dialogue on how we can collectively move Indianapolis forward."