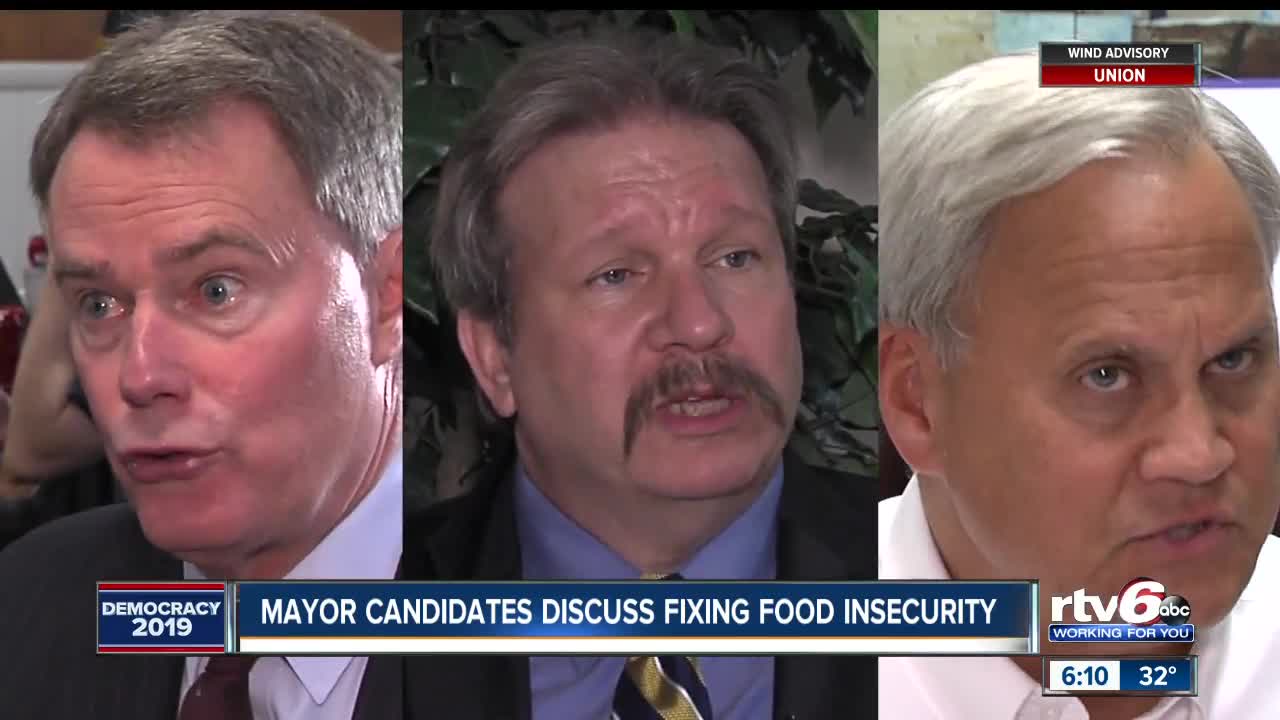 RTV6 spoke with all three mayoral candidates about their plans to address food insecurity.

INDIANAPOLIS — When it comes to finding fresh food to eat, many in Indianapolis are stranded.

RTV6 spoke with all three mayoral candidates about their plans to change that and help get food closer to those who are struggling.

"The City-County Council passed in its budget for 2020, a considerable portion appropriation for working with community groups and neighborhood associations in terms of food access," Indianapolis Mayor Joe Hogsett said.

"We need to show an urgency about the food desert," Republican challenger State Sen. Jim Merritt said. "There's no reason in the world the people at 38th and Post Road and the people at 29th and MLK should go without a grocery."

"We really need to change the zoning laws to benefit everybody," Douglas McNaughton, the Libertarian candidate, said. "So it's not used as a barrier for people to open their own business. it used to be very easy in the city to open a small business, such as a grocery store or a small retail."

Indianapolis voters will choose one of the three candidates Tuesday on Election Day.