Merritt says crime in Indy is a 'sinister cancer,' while Hogsett's campaign says its decreasing 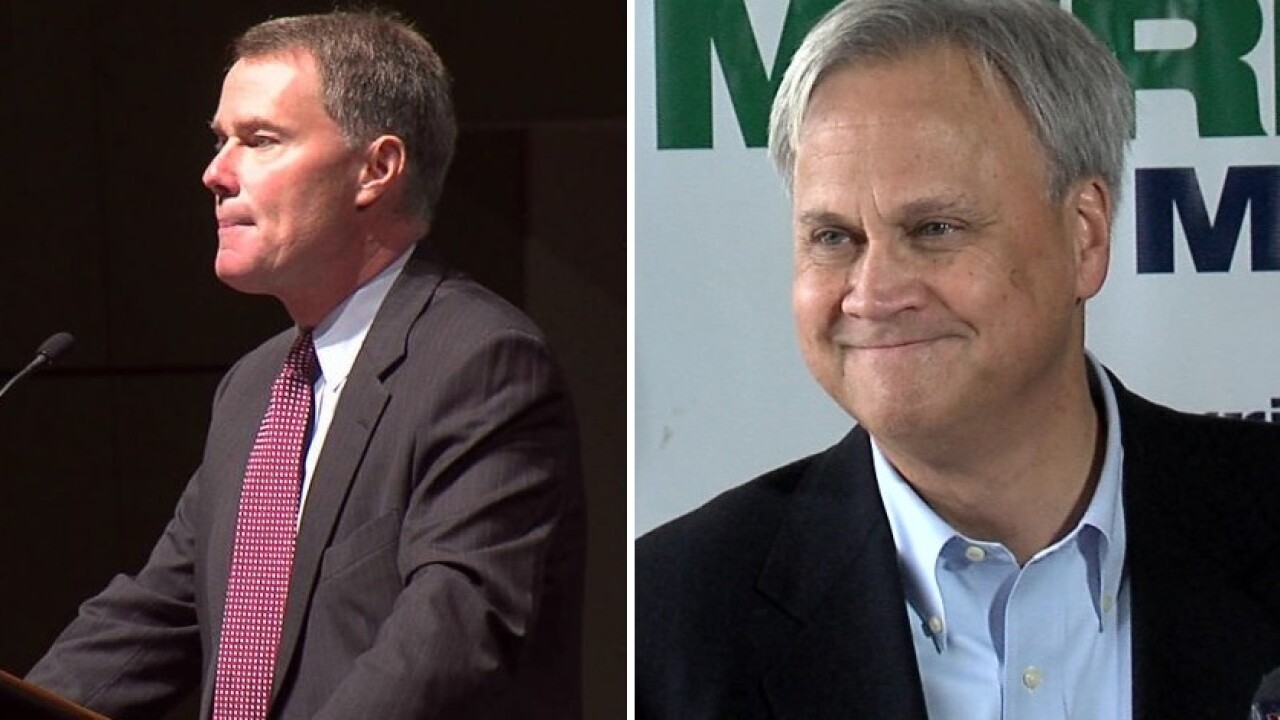 INDIANAPOLIS — Sen. Jim Merritt listed about four strategies he would implement if elected as Indianapolis Mayor during his crime and public safety press conference on Wednesday.

A couple of strategies were either discredited or criticized after the Indianapolis mayoral candidate's eleventh press conference.

Merritt said that under his administration, he would have all broken police cameras in Marion County fixed, employ more police officers, reduce officer paperwork and move away from a 'catch and release' justice system.

Merritt further implied the Indianapolis Metropolitan Police Department's north district and northwest district were merging by the beginning of 2020.

"IMPD districts are currently understaffed and, on average, are down six officers per shift," Merritt said at the press conference. "This merger will only worsen this problem. A Merritt administration will recruit and retain more officers to fill these vacancies and protect our neighborhoods."

"There are no plans to combine North and Northwest District," Aliya Wishner, IMPD's chief communication officer, said. "Doing so is antithetical to the community-based, beat policing strategy that IMPD has worked to implement over the last several years."

According to IMPD, 34 new HD cameras are being installed across the city in the coming weeks. After the camera upgrade project is complete, IMPD says all existing cameras will be replaced and 30 more added in new locations.

"IMPD has 130 cameras installed across Marion County, and we've been transparent that there are challenges with the current antiquated system," Wishner said. "That's why, as part of the $35 million public safety technology investment being made in our city in collaboration with Mayor Hogsett and the City-County Council, we currently have 34 new HD cameras on hand to install in the coming weeks."

“It is disappointing that after eleven press conferences, it doesn't appear that Senator Jim Merritt is any more interested in a meaningful conversation about public safety than on day one.

The facts are that overall violent crime was down in 2018 [brennancenter.org] and many indicators, including criminal homicides, are trending down in 2019. Mayor Hogsett has spent the last four years returning IMPD to neighborhood-based beat policing, investing millions in grassroots organizations tackling the root causes of violent crime, and working to build community trust. Mayor Hogsett has also worked to address the needs of our officers, such as a $35 million tech investment that includes upgrading and growing IMPD’s street camera system.

Meanwhile, Senator Merritt has doubled-down on outdated ideas that create a culture of mistrust and fear, such as ‘stop-and-frisk’-like strategies, and has failed to outline how he would pay for any of his half-baked policy proposals.

Indianapolis residents and our public safety partners know that our city needs real leadership to move Indianapolis forward. That is why Mayor Hogsett enjoys the endorsement of the Fraternal Order of Police Lodge 86, the Professional Firefighters Local 416, and a significant majority of the electorate.”