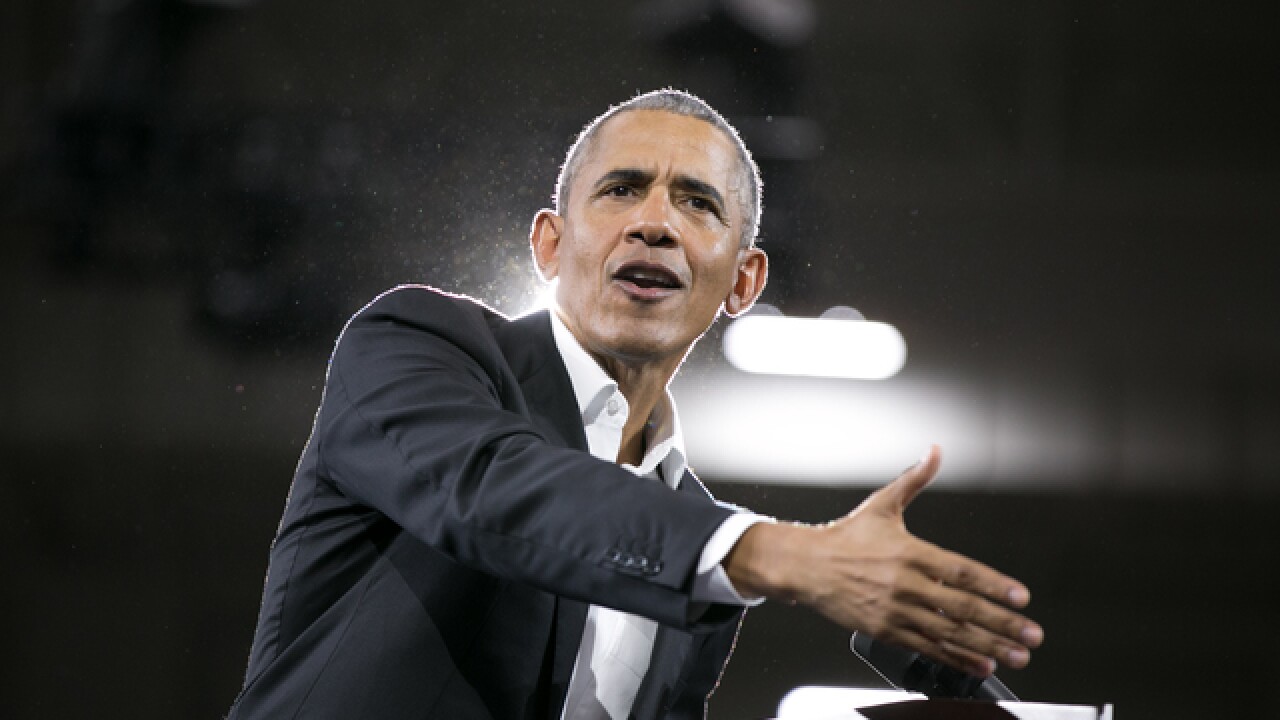 Obama's rally Sunday in Gary came between his successor's trips to Indiana on Friday and Monday to campaign for Republican Senate candidate Mike Braun.

Donnelly has often sounded far more like President Donald Trump than Obama on issues. He's angered some Democrats by embracing some of Trump's priorities, such as a border wall with Mexico. But he has supported the Affordable Care Act, the health care overhaul passed under Obama.

Obama told thousands of cheering supporters that he and Donnelly don't always agree. But he says it's more important to elect a senator who will put what's best for his state over his party.