Proposal would make abortion murder in Indiana, attempts to void any court challenges 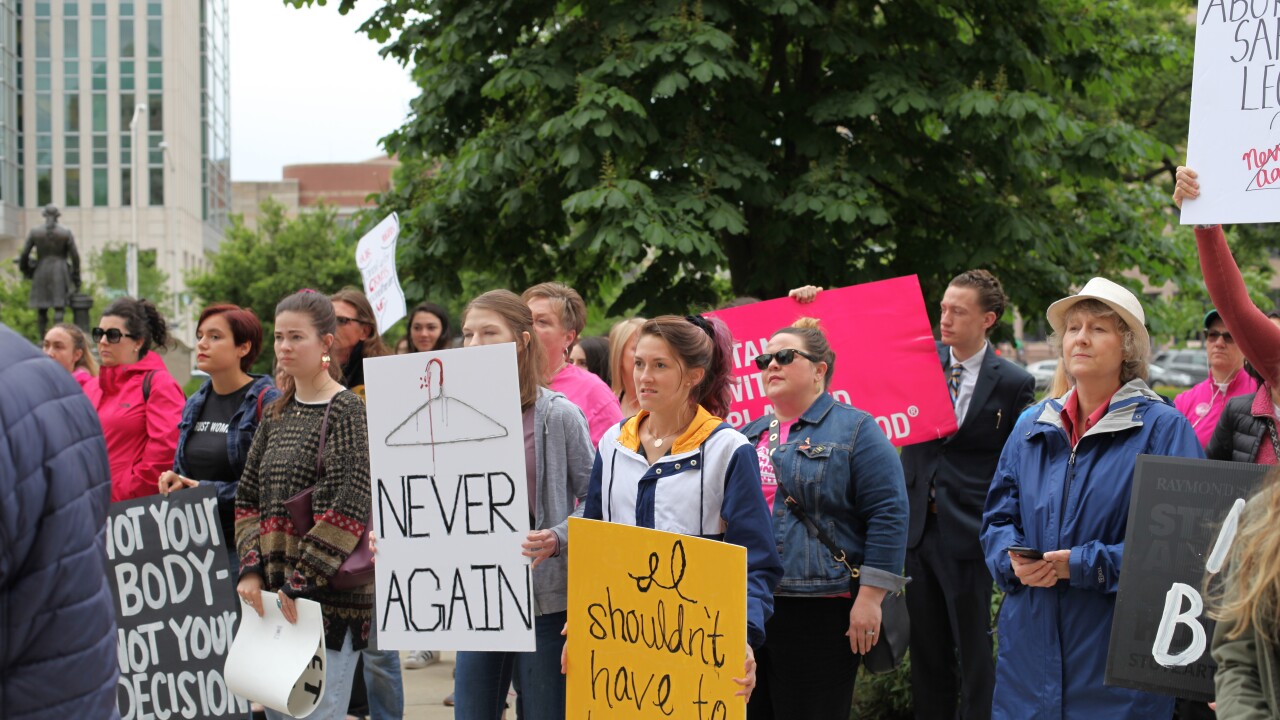 Matt McKinney
Dozens of abortion-rights advocates held a rally Tuesday at the Indiana Statehouse to protest recent abortion bans across the United States.

INDIANAPOLIS — A proposal introduced in the Indiana House of Representatives this week would ban abortion in the state at any point in the pregnancy.

The 37-page bill changes every reference of fetus to “unborn child,” and states that the “general assembly finds that human physical life begins when a human ovum is fertilized by a human sperm.”

It changes the definition of “human being” from “an individual who has been born and is alive” to “having human physical life, regardless of whether the individual has been born,” making any abortion murder under the law.

It also removes all references to abortions or abortion clinics, since abortions would be considered murder. Nisly’s bill invokes the 10th Amendment, which states that all powers not delegated to the federal government are left to the states.

In an unusual move, the bill also states that any court decision to strike down the law will be treated as “nonauthoritative, void, and of no force.” It even threatens the arrest of any federal officers who try to stop Indiana government officials from carrying out the law.

Nisly has also introduced a constitutional carry bill, and a bill to repeal the “fix” for RFRA. His abortion bill is nearly identical to one Nisly introduced a year ago, which didn’t get a hearing.

Melissa Booker, who works as the supervisor of an OB/GYN clinic, said she thinks politicians need to spend time with those in the medical field before making sweeping changes to healthcare for half of the population.

"They're so far out of touch to make these rules and decisions based on something they don't even know about," Booker said.

A representative from Planned Parenthood of Indiana and Kentucky has already responded to the bill. PPINK Chief Legal Counsel Hannah Brass Greer released the following statement:

“Today, Rep. Curt Nisly filed HB 1089, an unprecedented and illegal bill that would decimate abortion rights in Indiana and criminalize abortion, allowing abortion providers and people seeking abortion to be charged with murder. It’s clear Rep. Nisly is emboldened by the Trump administration and the spate of anti-abortion attacks across the country and will stop at nothing to strip Hoosiers of their rights and freedom. HB 1089 goes so far as to demand that the state ignore any court rulings that strike down the law - a blatant and outrageous disregard of separation of powers and legal precedent. It also redefines when life begins, which would have tremendous repercussions, including potentially restricting access to contraceptives, emergency contraception, and fertility treatments. This bill is not only unacceptable and immoral, it is illegal. These unprecedented actions are by far the most outlandish we have witnessed against Hoosiers and their health. We have a message to the out-of-touch politicians who have spent their careers attacking our rights, our bodies and our health care: We decide.”