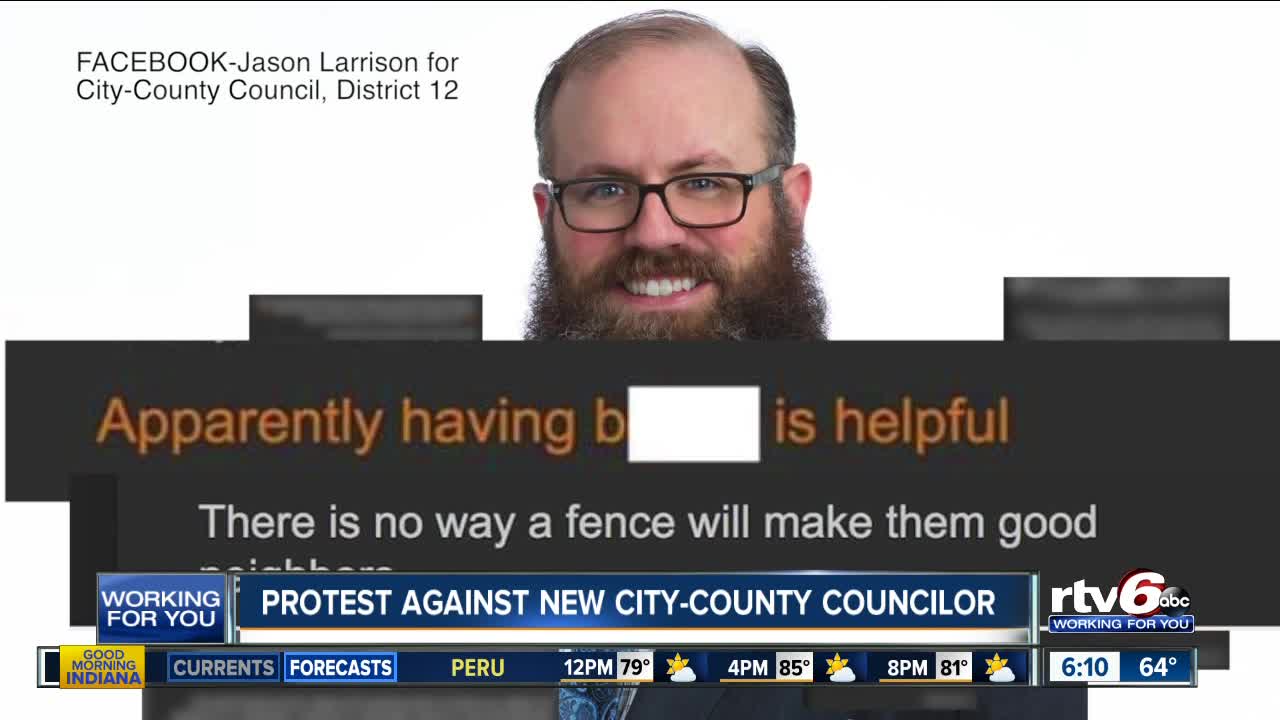 INDIANAPOLIS — Some people are not happy with the newest Indianapolis City-County Councilor, and the process that put him in power.

Organizers say this was an act of protest against the recent selection of Jason Larrison to represent District 12. Demonstrators protested the newly appointed Councilor on Monday evening after ten-year-old blog posts authored by him resurfaced, and they also protested exactly how he was placed on the committee.

Larrison is facing backlash over blog posts in which he made disparaging comments about immigrants and women more than a decade ago. Instances he has since apologized for.

The seat was left vacant after Blake Johnson moved to a statewide position.

Per Indiana law, such vacancies are filled by a special election of elected and appointed precinct committee people. Critics question that process.

"I think one option is to get rid of the caucusing model. Another option is to reform the amount of power that county chairs have to appoint and remove precinct committee people" Peters, who was at the protest, said.