Religious groups in Indiana are challenging 'RFRA Fix' in court 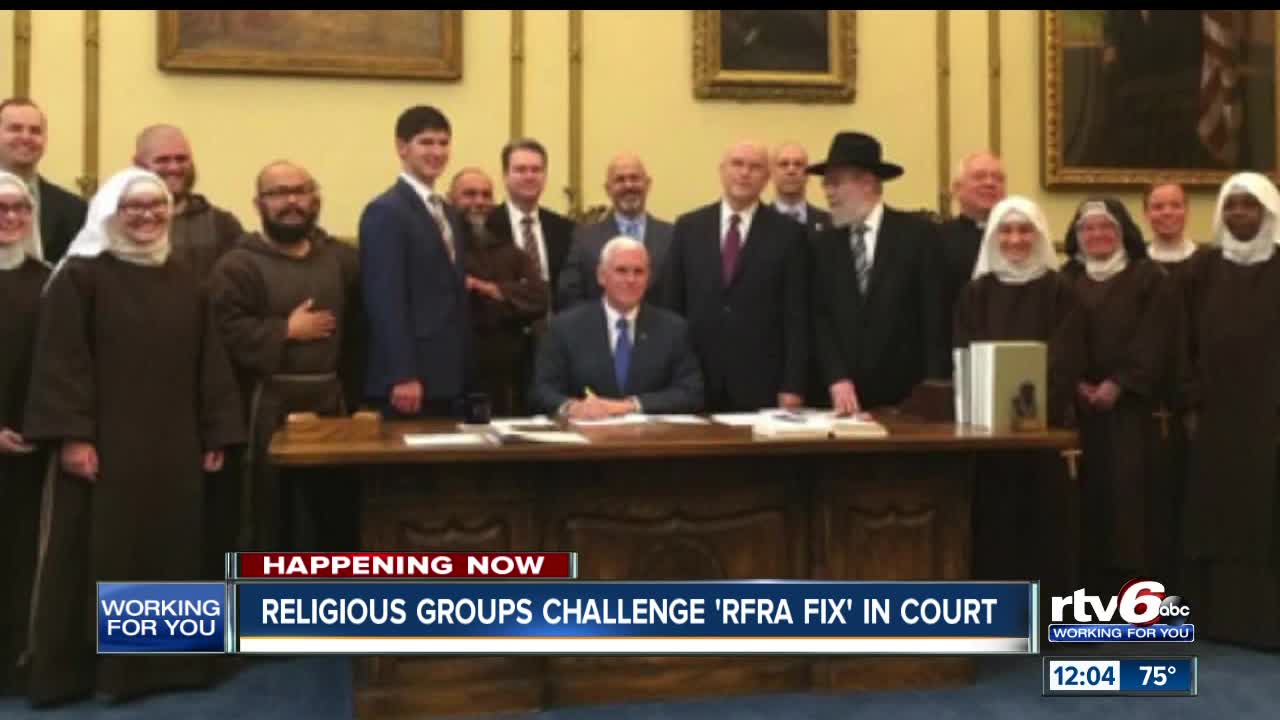 Three groups in Indiana claim their freedom to exercise their religious beliefs are being violated.

Three groups are claiming their freedom to exercise their religious beliefs are being violated due to changes made to the state's 'Religious Freedom Restoration Act.'

The changes were made to the act after an outcry from critics who said it could be used to discriminate against the LGBTQ community.

Those laws include protections based on sexual orientation and gender identity.