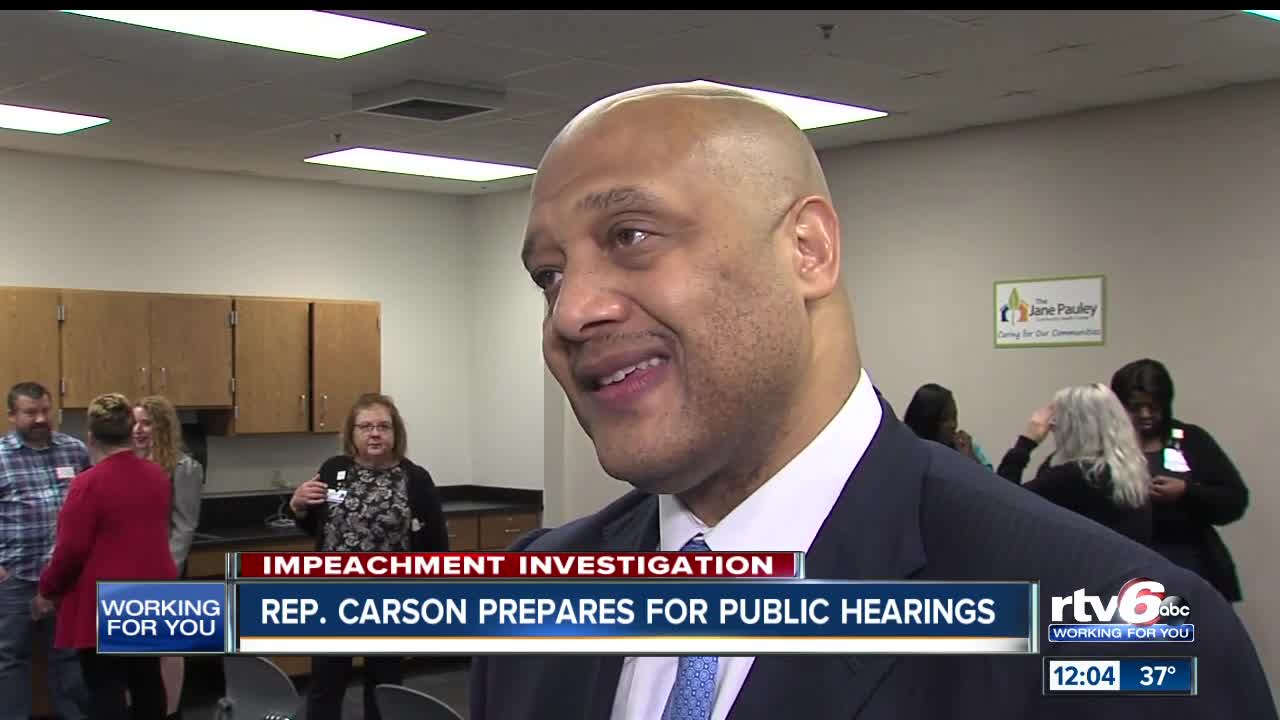 Public hearing in the impeachment investigation of President Trump begin less than one week from now.

INDIANAPOLIS — Public hearings in the impeachment investigation of President Donald Trump begin in less than one week.

The member of Congress who represents much of Indianapolis will be a vital part of those hearings.

Democratic Congressman Andre Carson, D-IN, serves on the House Intelligence Committee. That committee is hearing most of the testimony on the president's efforts to withhold military aid to Ukraine unless the country's president investigated trump's political opponents.

Carson says the hearings will give the public the chance to see the evidence for themselves.

"They'll see a line of questioning coming from staff and members ... make their own conclusion about this administration, and it's excess," Carson said.

Carson says his criticism does not extend to his fellow Hoosier, Vice President Mike Pence.

Carson called Pence "a patriot" and says he is confident Pence would "do what's right for the American people."