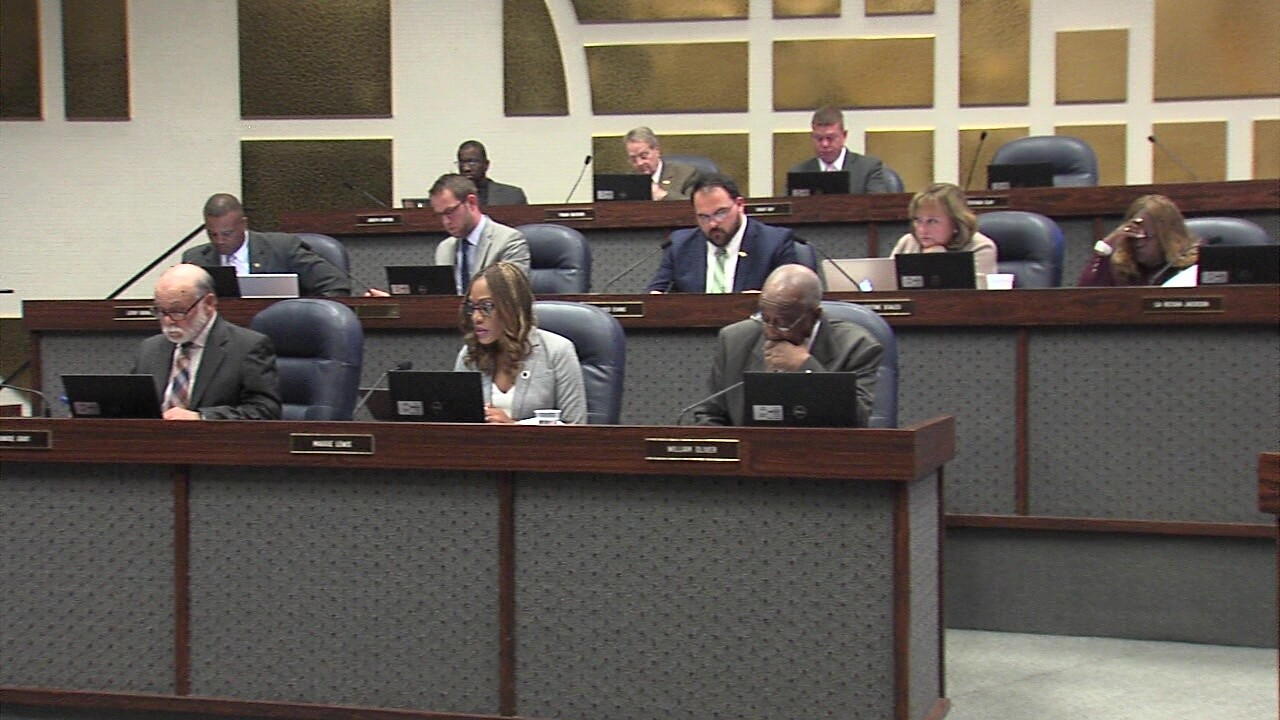 INDIANAPOLIS — A proposal to give tax incentives to a company looking to expand to Indianapolis’ southwest side caused rigorous discussion Monday night among city leaders, leading to questions about giving such tax benefits to businesses in the future.

CA Industrial Holdings is looking for abatements totaling about $664,477 to construct a building near the intersection of Thompson and Flynn roads. The location is just south of the Indianapolis International Airport.

According to documents provided by the company, more than $2.5 million would still be paid in property taxes over the next decade if the project succeeds. Those taxes wouldn’t necessarily be paid by CA Industrial Holdings — the company will attempt to find a tenant to lease the location.

The company has committed to creating at least 55 new jobs at $15 an hour by the end of 2023, with at least 10 employees found through the HIRE program, which placed ex-offenders in employment. If those 55 new jobs aren’t found, the Indianapolis Department of Metropolitan Development could get involved and terminate the abatement.

At a committee hearing for the issue last month, Councilor Jared Evans, D-District 22, raised questions about the low end of wages. He said $15 per hour may be an average, but that doesn’t mean everybody would get paid $15 per hour.

The person giving the presentation to the council on behalf of CA Industrial Holdings, Katie Culp, said it would be tough to attract workers at wages lower than about $12 per hour.

“You’re asking me to subsidize some of these jobs with taxpayer funding to help get this thing constructed,” Evans said. “Currently, there’s about 2,000 jobs that are currently available in the Plainfield warehouse district, most of which start out at about $15 an hour, including FedEx.”

The proposal passed committee last month 8-3, but the discussion wasn’t over. At Monday’s full council meeting, Culp said the minimum wage for the employees would be $12 an hour, something many councilors had an issue with.

“I think some things are fundamental,” Councilor La Keisha Jackson, D-District 14, said. “Fundamental is - when are we standing up for people who can’t stand up for themselves? It’s us who make the stand for them on their behalf. When you get big companies that come in that want taxpayers’ money, we have to make sure that we’re advocating on both hands, for both sides. For the little man, and the big man. $13 is not a lot of money to be able to that in this area.”

Jackson stressed the need for Indianapolis to be competitive, but also said there are a lot of vacant warehouses and distribution centers across the city. The industrial space will take up about 245,000 square feet.

“Going forward, we have to set the standard and advocate for the little person, too,” she said. “It seems like the big person is always winning in the picture. At the end of the day, tax incentives come in but we’re giving them out at the same time.”

Councilor Jason Holliday, R-District 22, supported the proposal and the abatements. Holliday represents the area where the building will be constructed.

But Evans believes a development would still go in that spot, even without the tax incentives.

“Frankly, I’m not upset if we let the distribution center or the warehouse move across the border [to Plainfield],” he said. “$14-$15 an hour jobs are not the jobs that I want for our city.”