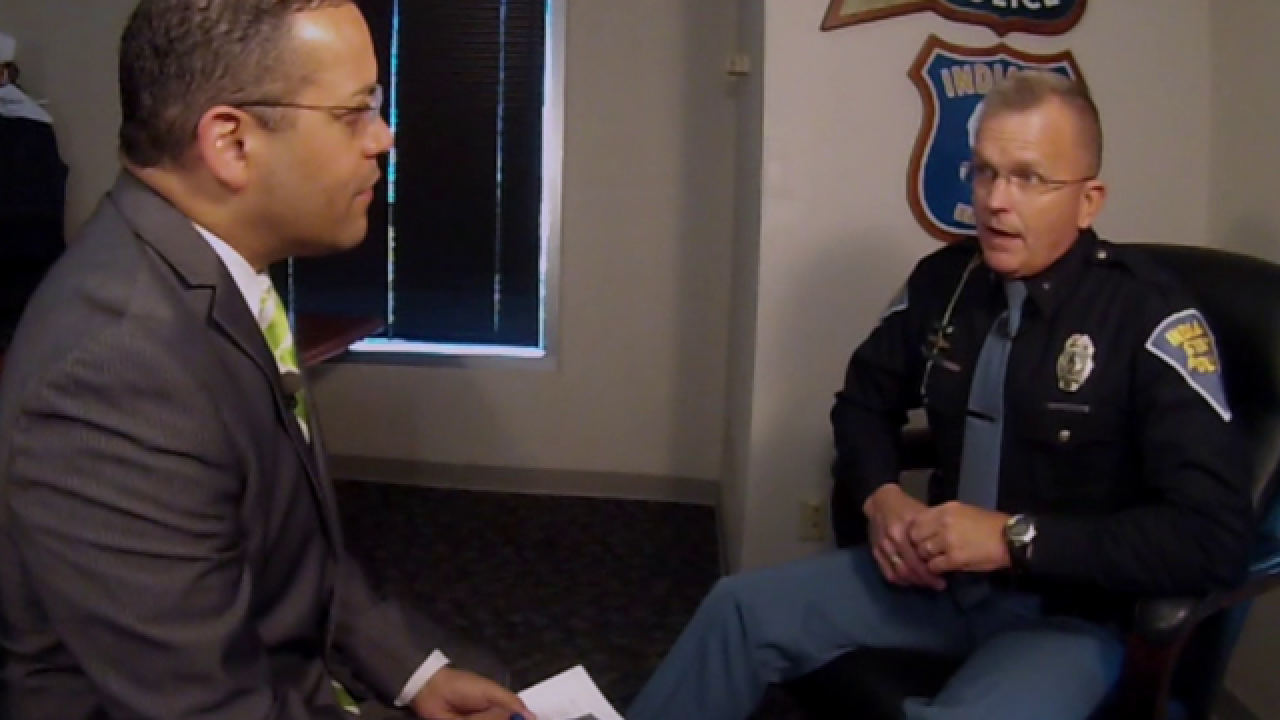 In an interview with RTV6’s Rafael Sanchez, Carter confirms what Gov. Pence said during a campaign event in Nevada on Thursday.

Carter would not speak about the specifics, since it’s an ongoing investigation.

More than two dozen troopers are part of the investigation of possible registration fraud in 56 counties.

Indiana Secretary of State Connie Lawson announced earlier this week that potentially “thousands” of registrations may be involved in the case.

The Indiana Democratic Party has criticized the investigation, calling it a partisan attempt at voter suppression.

In the interview, Carter angrily rejected allegations that Gov. Pence ordered the investigation, calling it “unconscionable” to make that suggestion.

No charges have been filed in the case.

The Marion County Prosecutor’s Office is expected to make a statement about this situation next week.

You can watch the full interview below: