INDIANAPOLIS -- The midterm elections are less than six weeks away.

Let's take a look at the candidates running for the House of Representatives 7th District seat, and what they stand for.

The 7th District contains the lower four-fifths of Marion County, which includes most of Indianapolis. 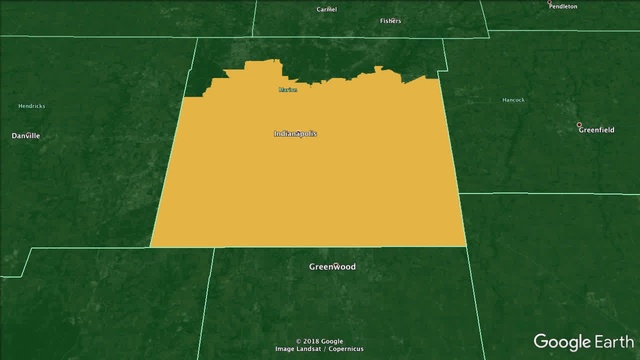 On the Republican side, Wayne "Gunny" Harmon won the primary after several attempts to do so over the last few years. Harmon is a first-time nominee for Congress, with ideas on how to make changes for those who have served the country.

Harmon's nickname "Gunny" points to his time in the military. He served as a gunnery sergeant and communications chief in the U.S. Marines, with tours of duty overseas.

When Harmon graduated from Howe High School on Indy's east side, he was nominated to the U.S. Naval Academy in his senior year.

His military history has shaped his focus and his platform for change.

Harmon's platform not only aims to rework integration for veterans and released convicts, but also a controversial measure to help treat ailments.

"With the troops, a lot of them are coming back with medical problems and PTSD, and so, one thing we need to look at is medical marijuana for the troops," Harmon said. "And hopefully legalizing that for the nation."

On the Democratic side is Andre Carson. Carson, the incumbent, won the primary with nearly 88 percent of the vote. Carson has been the representative from the 7th District since he won a special election in 2008 after the death of the previous representative, his grandmother Julia Carson.

Andre Carson was an aspiring artist who instead became a police officer. But even at a young age, he had the bug. He was once brought to the Democratic National Convention by his grandmother when the Rev. Jesse Jackson was running for president.

"So I tagged along with her, and even though he didn't get the nomination, I came back to Indianapolis registering voters and I was 9, going on 10 that year -- phone banking," Andre Carson said. "I wasn't even old enough to vote. But it put a seed in me."

Andre Carson served on the Indianapolis City-County Council and eventually took over his grandmother's seat. He has defeated challengers to the seat every two years.

"I don't do it for ego," Andre Carson said. "I do it because I come from a tradition of public service."

As a member of the Transportation and Infrastructure Committee, his platform focuses on improving the ways Hoosiers get around the state.

Carson said he is working with President Donald Trump to "invest in infrastructure that would create jobs for next decade or even 2 decades."