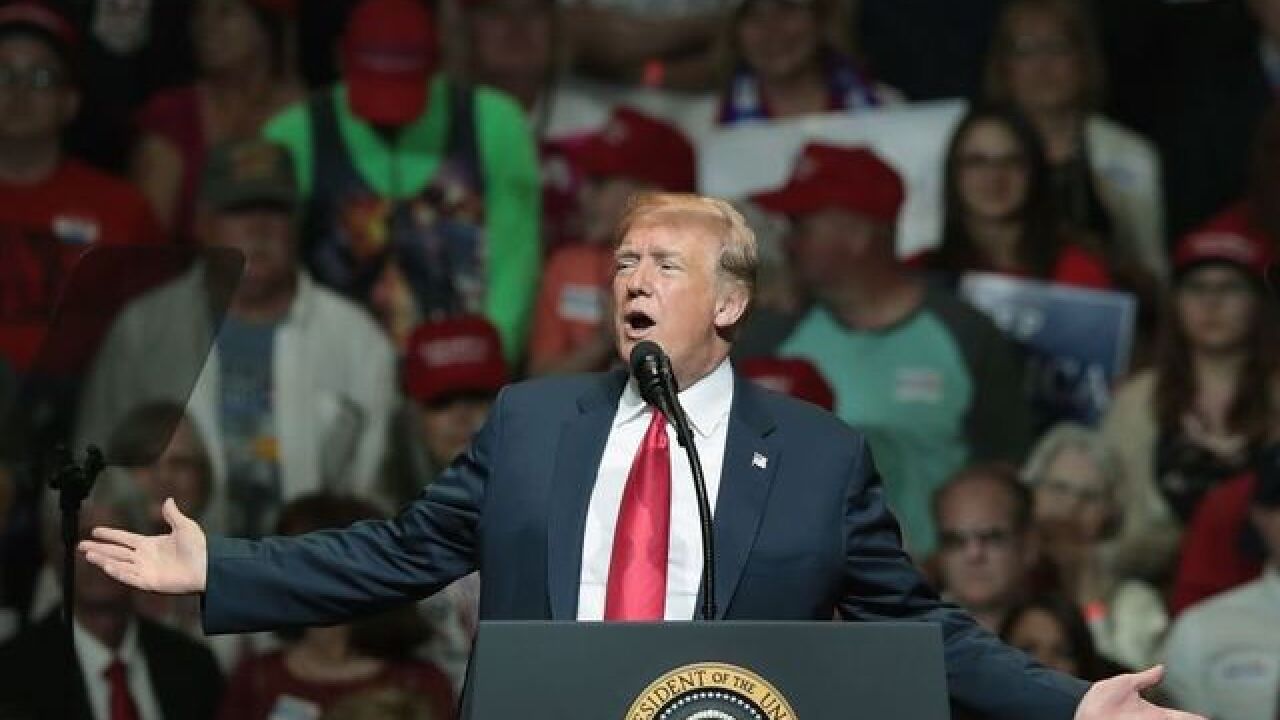 EVANSVILLE, Ind. (AP) - A volunteer member of the advance team for President Donald Trump blocked a photojournalist's camera as he tried to take a photo of a protester during a campaign rally in Indiana.

A photo taken by Associated Press photographer Evan Vucci on Thursday in Evansville shows the volunteer stretching out his hand over the lens of a news photographer's camera after a protester disrupted Trump's campaign event.

Trump paced on stage at the Ford Center as the protester was led out.

His campaign didn't immediately respond to a request for comment late Thursday.

The president was in town to stump for Republican Senate candidate Mike Braun, who is looking to unseat Democratic Sen. Joe Donnelly in what is viewed as one of the nation's most competitive Senate races.

Trump advance staffer blocked the lens of a photographer trying to take a photo of a demonstrator at tonight’s Trump rally in Evansville, Indiana, AP’s @evanvucci says. https://t.co/Dq5kbWCfVu pic.twitter.com/91bJQSgMOP