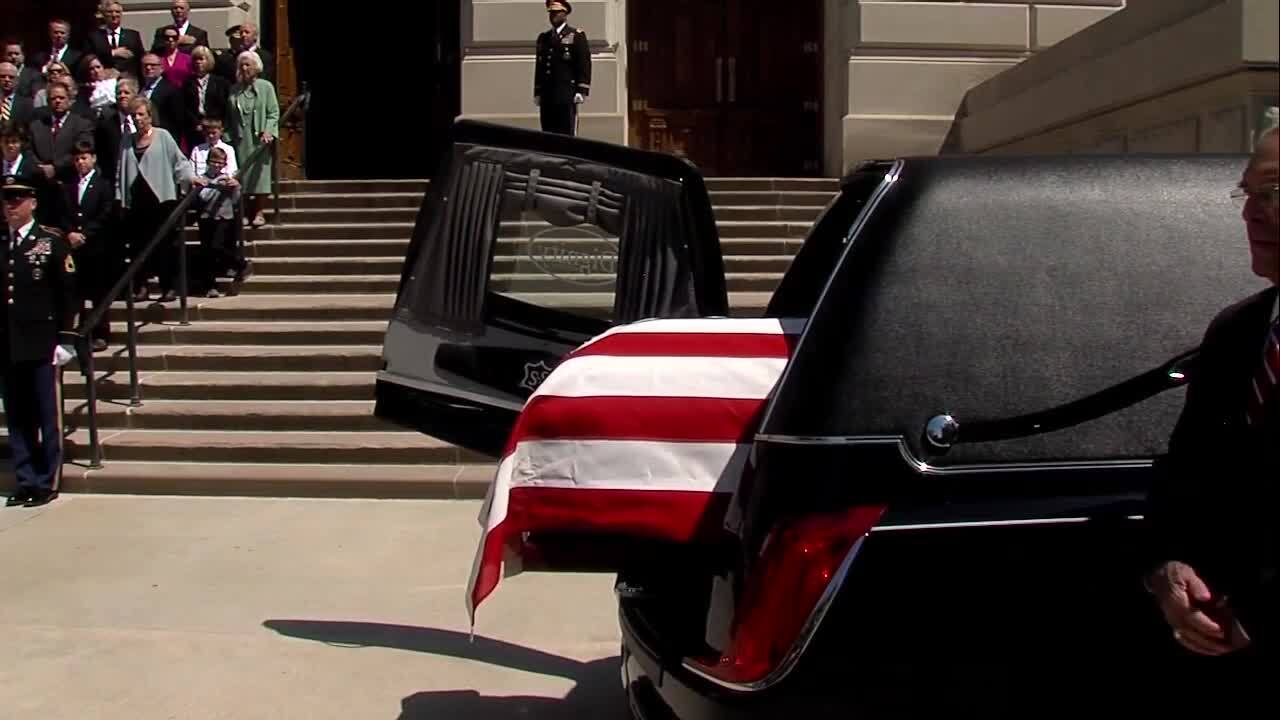 INDIANAPOLIS (AP) — Two days of memorial services for former Sen. Richard Lugar will begin with a tribute at the Indiana Statehouse.

The senator's casket was brought into the Statehouse Rotunda for a midday Tuesday ceremony that included remarks by Indiana Gov. Eric Holcomb, followed by about eight hours of public viewing.

You can watch that ceremony below.

Lugar was a longtime Republican senator and former Indianapolis mayor who's been hailed as an "American statesman" since he died April 28 at age 87.

Lugar will lie in repose in the Rotunda until noon Wednesday, followed by his funeral beginning 1 p.m. at St. Luke's United Methodist Church on the north side of Indianapolis.

Vice President Mike Pence will be traveling to his home state for Wednesday's funeral where he will give the eulogy.

Pence says in a Twitter post that Lugar is "an American statesman whose contributions to our nation are countless." The former Indiana governor says he will deliver a eulogy for a "great man who inspired so many in public service — including me."

Lugar left the Senate in 2013 after 36 years. He was a foreign policy expert who helped spur the dismantling of thousands of former Soviet nuclear weapons

Two days of memorial services for Lugar begin with a midday Tuesday ceremony during which his casket will be brought into the Indiana Statehouse Rotunda, followed by about eight hours of public viewing.