Why you don't see large-scale teacher strikes in Indiana 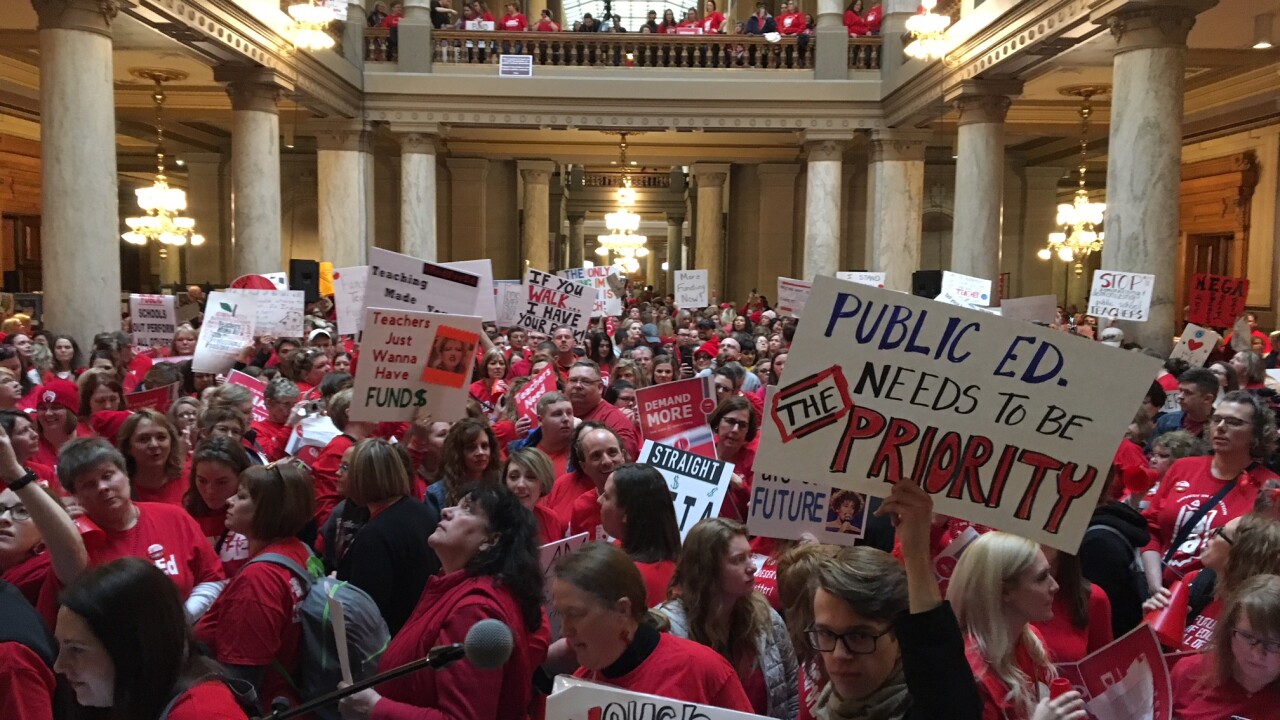 INDIANAPOLIS — Thousands of teachers across the country have gone on strike in recent weeks, largely calling for higher pay. But that hasn’t happened in Indiana, despite the long discussions about teacher pay during the 2019 legislative session.

Teachers in North Carolina, South Carolina and West Virginia have gone on strike in the last few months, following a massive teacher strike in California at the beginning of the year.

Their demands vary by state, but pay increases just keep coming up.

In South Carolina, the teachers’ advocacy group called for a salary raise of 10 percent. As of 2017, South Carolina teachers make an average of $50,000 per year, 38th in the country.

In North Carolina, teachers want a $15 minimum wage for all school employees, and a 5 percent raise for all noncertified staff, teachers and administrators.

But even if Indiana teachers decide to take action to get higher pay, you won’t see them “on strike.”

That’s because it’s actually against Indiana law for teachers to go on strike in the state. But similar laws in other states didn’t prevent teachers from striking. In those cases, they aren’t called strikes, but walkouts.

What’s the difference between the two? Not much, actually.

In many walkouts across the country, the teachers told the administrators they would be absent, according to CNN. So many teachers called off for the day, the schools had to close.

But it’s unclear how exactly a teacher walkout would work in Indiana.

Indiana code defines a strike as a:

But, as Indiana University labor law expert Kenneth Dau-Schmidt told the Chicago Tribune in 2018, if enough teachers walkout, it would be too difficult to fire and replace so many teachers.

“All of those states where they have had strikes, it’s also illegal,” he said. “If conditions get bad enough in a workplace, they will do it, even though they might lose their jobs.”