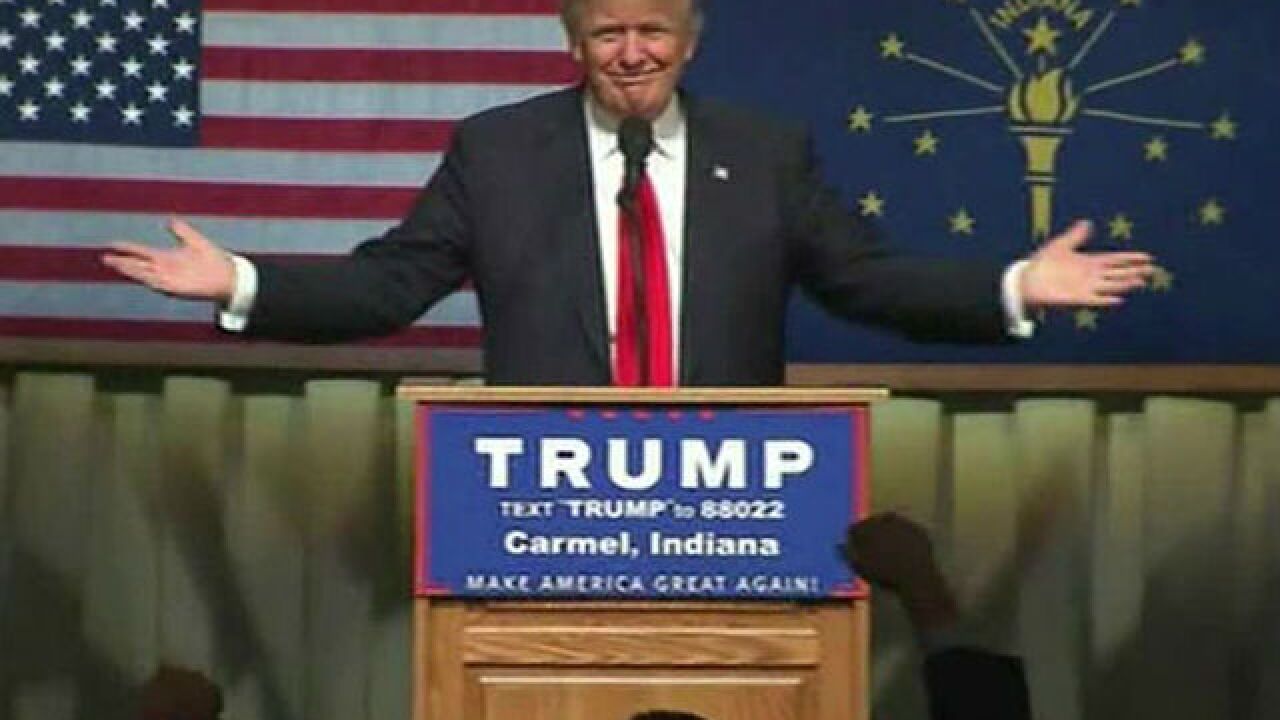 INDIANAPOLIS -- Donald Trump says his pick for vice president is coming in "three to four days" – and Indiana Gov. Mike Pence is being pegged by some as the top contender.

During a phone call with Washington Post reporter Chris Cillizza, Trump reportedly said he has his list narrowed down to about five people. Those names include retired Lt. Gen Michael T. Flynn, a Democrat who previously ran the Defense Intelligence Agency, and Gov. Pence.

Pence will appear with Trump at a rally in Westfield on Tuesday.

The first person in line for the rally was there 12 hours early.

1st in line for @realDonaldTrump! Courtney from Greenfield, #Indiana over 12hrs early for #Trump rally in Westfield. pic.twitter.com/ofvtu2sX8S

MORE | If Pence isn't in the governor's  race, who will be? | Pence to appear with Trump at rally in Westfield

Former Trump adviser Michael Caputo, a conservative radio host who resigned from Trump's campaign after a celebratory tweet following the firing of manager Corey Lewandowski, Tweeted Sunday that he would "put all his chips" on Pence being announced as the vice presidential pick at the Tuesday event.

I put all my chips on Pence/VP announcement at this event. Right guy. Right timing. Right place. #TrumpPence2016 https://t.co/i8mlmoJctf

“Everyone here is acting as if it is happening and Pence is the pick," Seat was quoted as saying in an article by Fox News' Joseph Weber and Christopher Snyder.

For his part, Pence has downplayed speculation, saying his focus is on running for reelection in Indiana.

If he does end up being Trump's pick for VP, the governor has until Friday to withdraw from the Indiana ballot. Indiana Republicans would then have 30 days to pick a new nominee.

At least 10 Hoosier Republicans have expressed interest in taking Pence's spot in the governor's race if he isn't on the ballot. See who they are here.