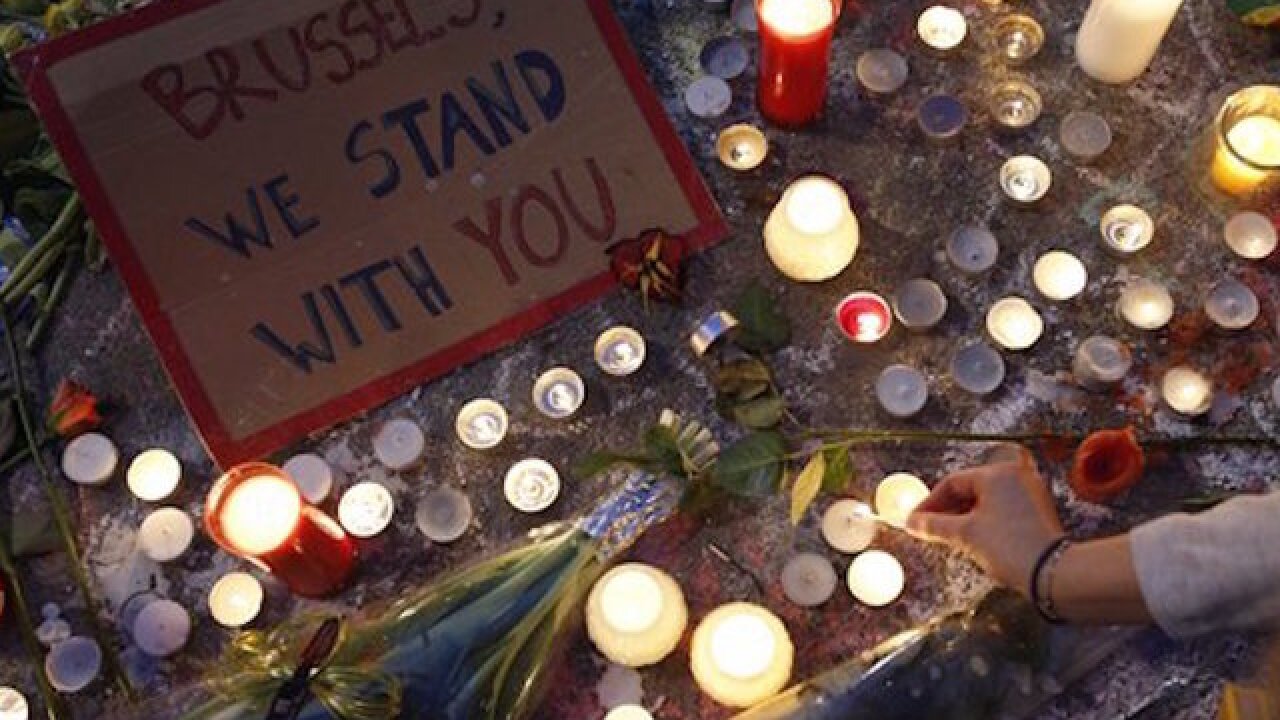 Alastair Grant
<p>A woman lights a candle amongst the tributes to the victims of the recent attacks in Brussels, placed in Place de la Bourse in the centre of Brussels, Thursday, March, 24, 2016. Belgium's prime minister is promising to do everything to determine who was responsible for deadly attacks targeting the Brussels airport and subway system. Charles Michel, in a national mourning speech Thursday, said Tuesday's attacks on the European Union's capital targeted the "liberty of daily life" and "the liberty upon which the European project was built."(AP Photo/Alastair Grant)</p>

Belgian prosecutors said six people have been detained in raids around Brussels linked to this week's attacks on the city's airport and subway system.

Federal prosecutors said in a statement late Thursday that the arrests were made during raids in central Brussels, Jette and the Schaerbeek neighborhood.

Police found a large stash of explosives and other bomb-making material earlier this week in an apartment in Schaerbeek believed used by the suicide bombers.

Schaerbeek residents described hearing detonations during the police raids. It was unclear whether they were explosions or controlled detonations.