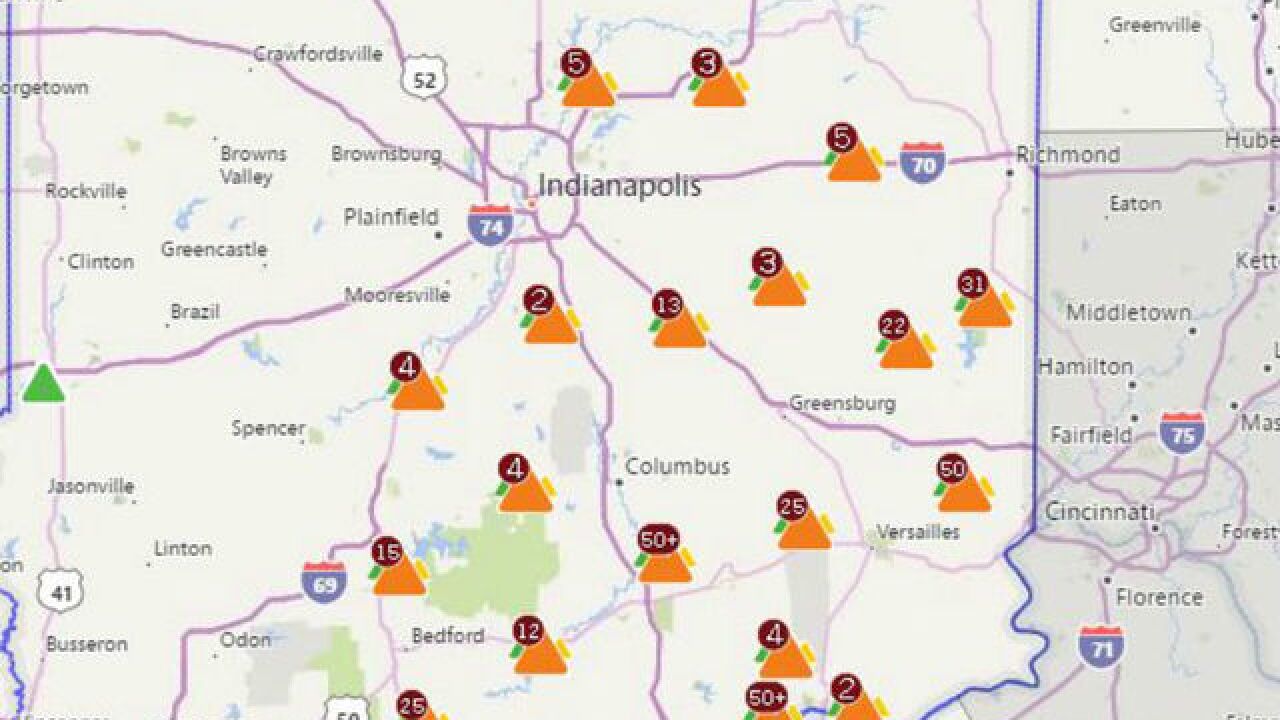 INDIANAPOLIS — Nearly 40,000 people are still without power in central and southern Indiana Thursday evening after an overnight ice storm.

The storm caused slick roads Thursday morning, leaving many schools closed or delayed in the area.

The latest outage map from Duke Energy shows 39,172 customers without power. Most of the outages are focused in the southern part of the state -- south of Bloomington, Indiana.

Duke Energy says they are working to restore power to all customers as quickly as possible.

More than 200,000 outages were reported in Indiana, Ohio and Kentucky Thursday afternoon. Duke says the following counties were the hardest hit in Indiana:

Damage assessment remains underway and Duke says they are hoping to have estimates for power restoration soon.