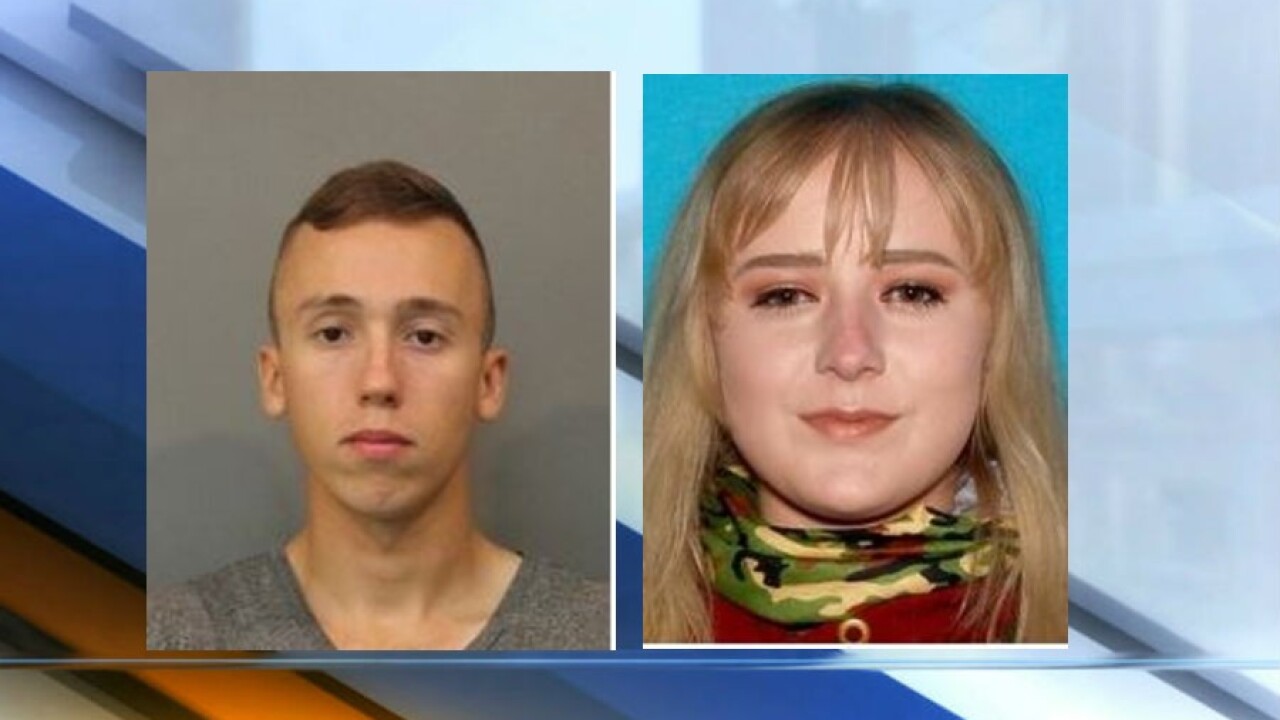 An Amber Alert was declared on Sunday, August 18, 2019, for a 16-year-old who is missing from Lake County. <i>Lake County Sheriff&#39;s Office/Photo Provided</i>

CROWN POINT — A 16-year-old girl last seen on Saturday morning has been found safe after an Amber Alert was declared for her Sunday morning.

Madison Elizabeth Yancy Eddlemon, is described as being a white female, 5 feet 1 inch tall, weighing 97 pounds, with blonde hair and green eyes, according to the alert. She was last seen around 9 a.m. Saturday wearing a black hoodie with white tribal, blue jeans with tears, shin high boots, and a black choker. Authorities believe she is in extreme danger.

Authorities are looking for the suspect, Alexander Martin Curry-Fishtorn, 22, who is described as being a white male, 5 feet 7 inches tall, weighing 158 pounds, with brown hair, and brown eyes, according to the alert. He was last seen driving a 2006 dark grey Chevrolet Cobalt with Indiana license plane 645RIS.

Eddlemon was safely located in Arkansas, said Chris Bavender, public affairs spokesperson for FBI Indianapolis. A subject is in custody in connection with her disappearance. Their identity has not been released.

Eddlemon's car was found abandoned near Magnolia and Sherwood drives, according to a Facebook post from the Crown Point Police Department. Her family says the last time they spoke with her was Friday night.

Eddlemon and her family have a protective order against Curry-Fishtorn for stalking, according to the post.

In an interview with ABC 7 Chicago, Eddlemon's mother, Nichole Cain, said Curry-Fishtorn was very controlling, has stabbed her with a needle and left bruises in the past.

Mother speaks after Amber Alert issued for her daughter

"Everyone was on alert," Cain said. "We just had to watch her and be with her all the time."

The Amber Alert was canceled around 2:40 p.m. Sunday.