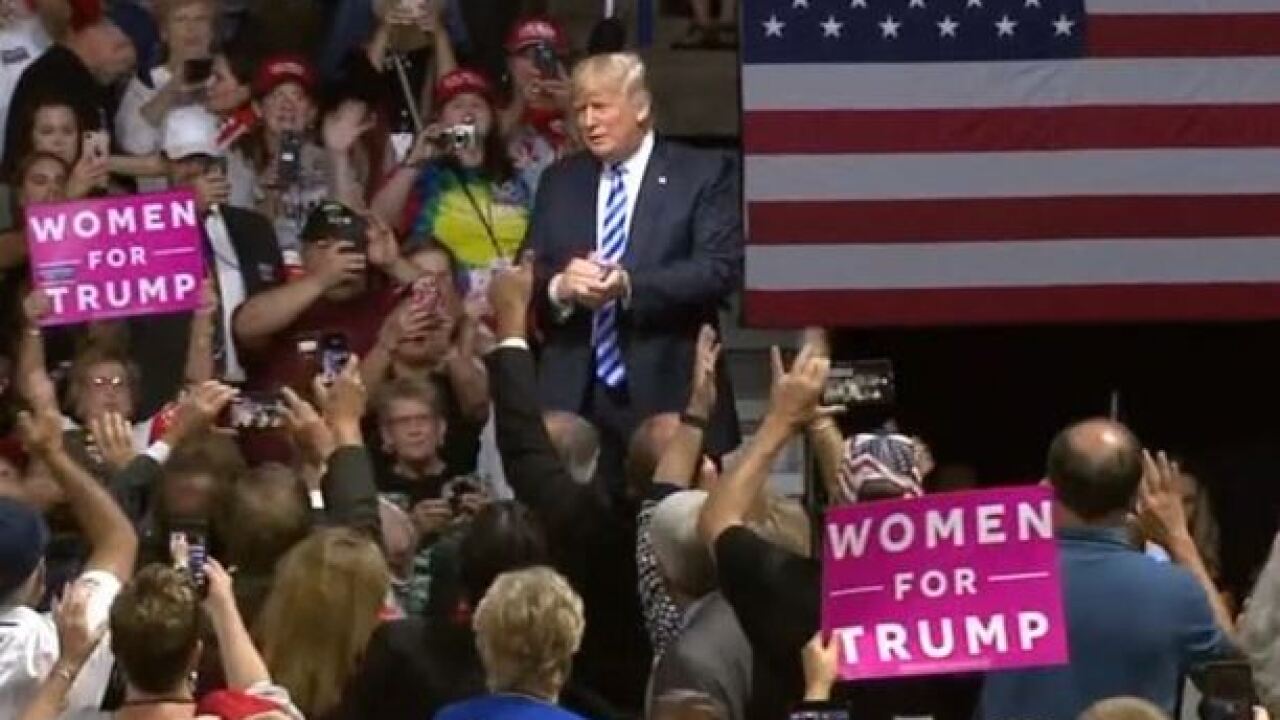 Trump plans to attend a fundraiser at Old National Events Plaza in Evansville before the Thursday rally at Ford Center, where he’ll endorse Republican candidate Mike Braun’s U.S. Senate campaign. Braun is facing Democratic Sen. Joe Donnelly, who has been considered a vulnerable Senate incumbent on the ballot this year.

The rally has already filled up the convention center’s hotel and forced the cancellation of a Red Hot Chili Pipers concert. Merchants near the rally have said they hope the crowd stays under control and that visitors will boost business.

Business owners within the district pay an additional tax levy for downtown improvements. Part of the revenue will be used this week to pay for additional trash cans, and trash pickup crews Friday.

“Overall, we feel calm,” Armstrong said. “Downtown looks really good right now. The sidewalks are nice and clean. The tree wells are nice and mulched. We’re ready for the president.”

Area organizers have planned at least two protests during the event.

Progressive activists from about 18 Indiana counties, Kentucky and Illinois intend to join the Vanderburgh County Democratic Party demonstration outside Trump’s rally. Organizations such as the Sierra Club and Indivisible Evansville will also convene Thursday in a separate anti-Trump event outside Memorial Baptist Church and march toward the Democrat Party’s protest by the Ford Center.

Protesters said the demonstrations will be civil and non-confrontational.