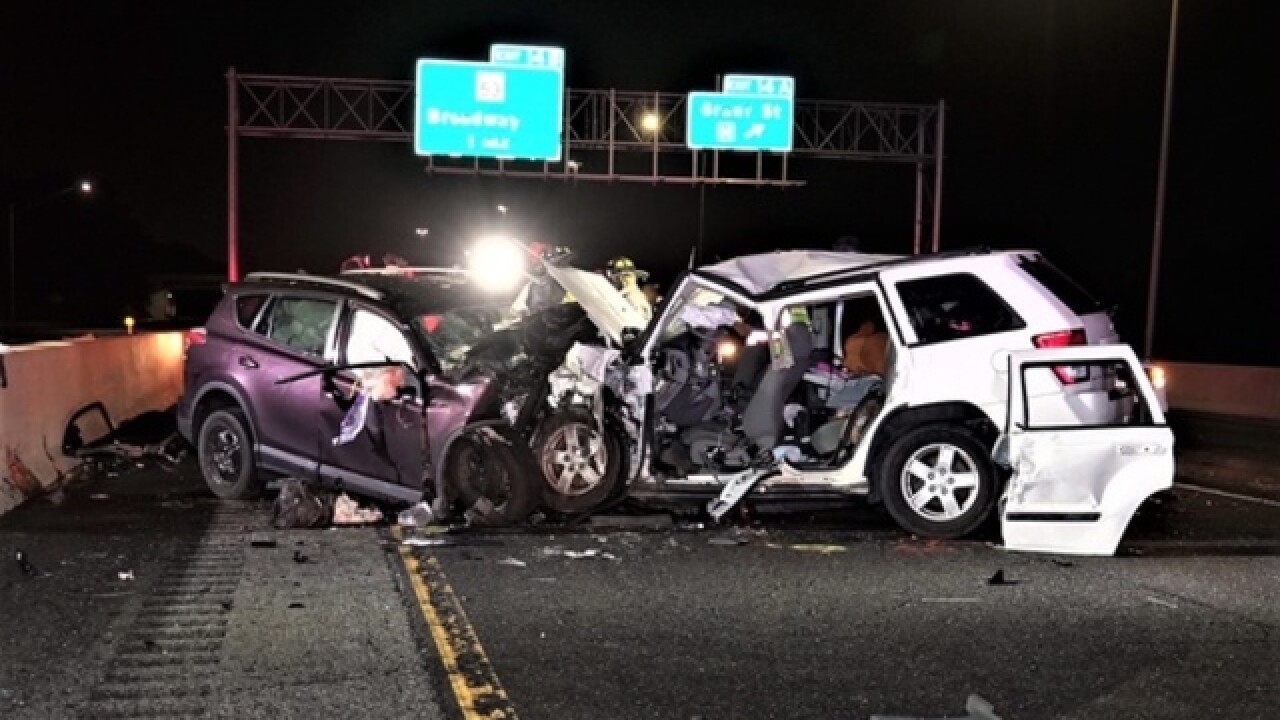 Copyright 2018 Scripps Media, Inc. All rights reserved. This material may not be published, broadcast, rewritten, or redistributed.
Indiana State Police

Police say the crash early Saturday in Gary killed the driver of a Toyota SUV that was traveling west in the eastbound lanes of the highway with no headlights on. She was identified as 25-year-old Tiara Davis of Calumet City, Illinois.

All four died at the scene.

Police say three daughters of the couple, 10-year-old Emily, 11-year-old Damaris and 7-month-old Florali, sustained serious to critical injuries and were airlifted to hospitals in nearby Chicago.