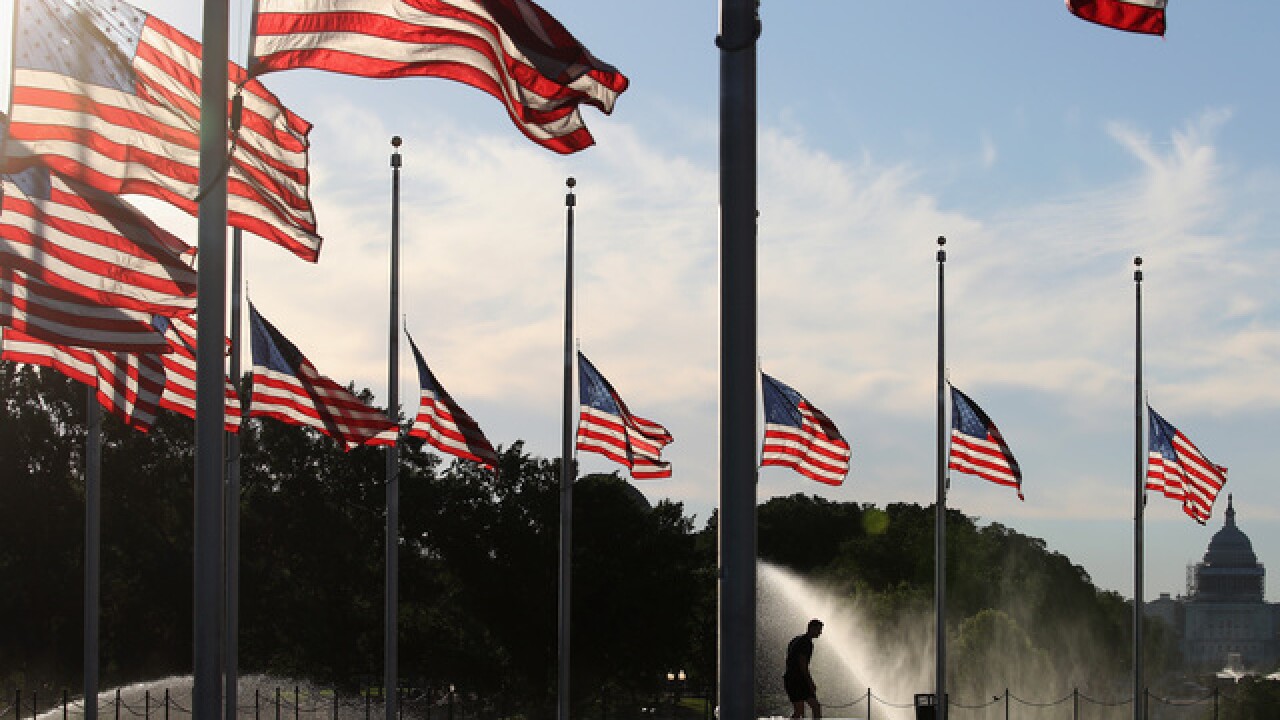 Mark Wilson
<p>WASHINGTON, DC - JUNE 13: Flags have been lowered to half staff on the Washington Monument grounds to honor those killed by a lone gunman at a night club in Orlando, June, 13, 2016 in Washington, DC. President Obama ordered flags to be lowered on all government buildings after 50 people were killed at the Pulse night in Orlando, Florida in the early hours of Sunday morning. (Photo by Mark Wilson/Getty Images)</p>

INDIANAPOLIS -- After at least 11 people were killed in Pittsburgh Saturday morning, Gov. Holcomb has ordered flags to be flown at half-staff until Wednesday.

Gov. Holcomb asks for business and residents to keep that flags at half-staff until sunset on Wednesday.

Law enforcement officials have made an arrest after the suspect allegedly shot and killed 11 people and injured several others at a synagogue in Pittsburgh.