Proclamations made by Gov. Eric Holcomb and Mayor Joe Hogsett on Juneteenth 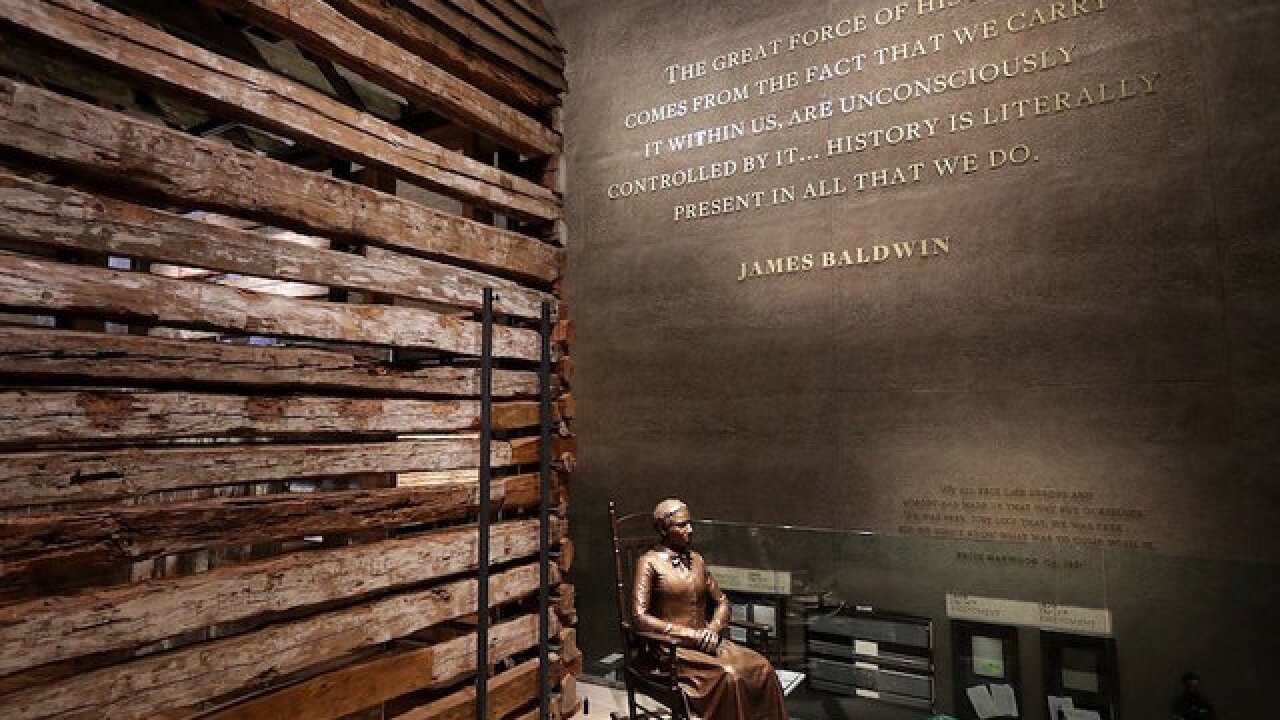 © 2018 Cable News Network, Inc.
Chip Somodevilla/Getty Images
<p>Juneteenth is the oldest known US celebration of the end of slavery. African-Americans and others mark the anniversary much like the Fourth of July, with parties, picnics and gatherings with family and friends.</p> 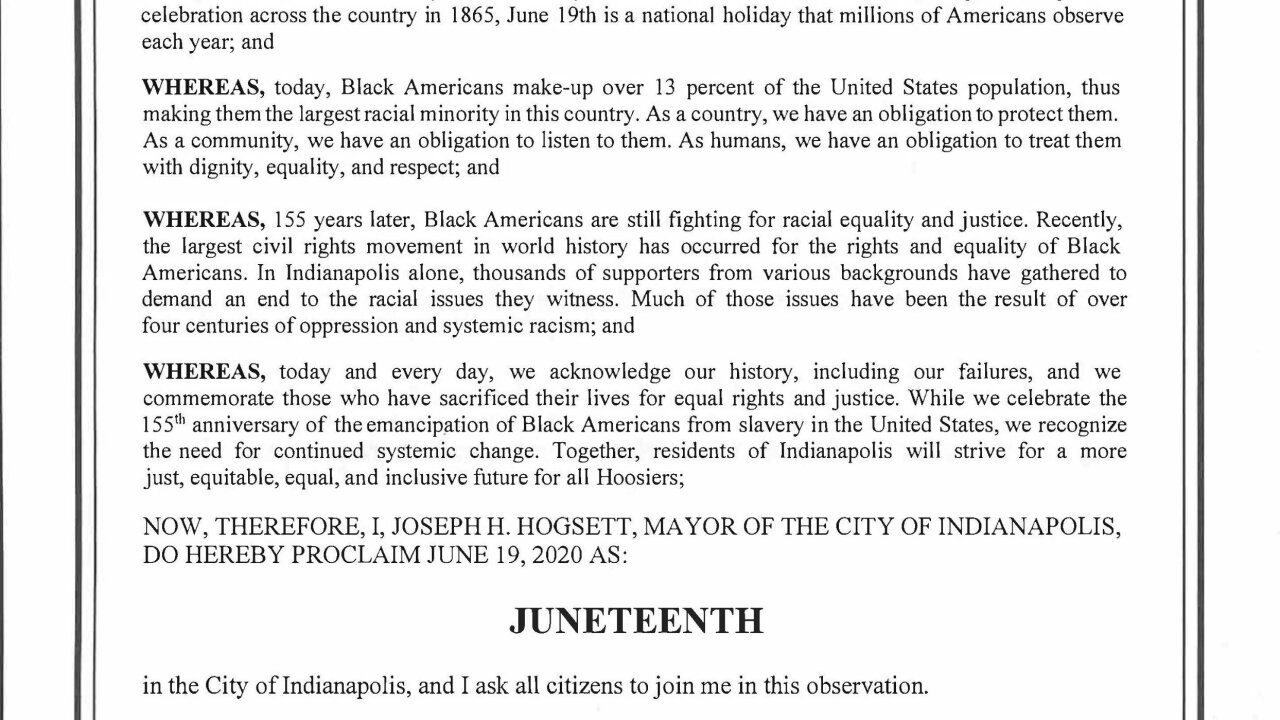 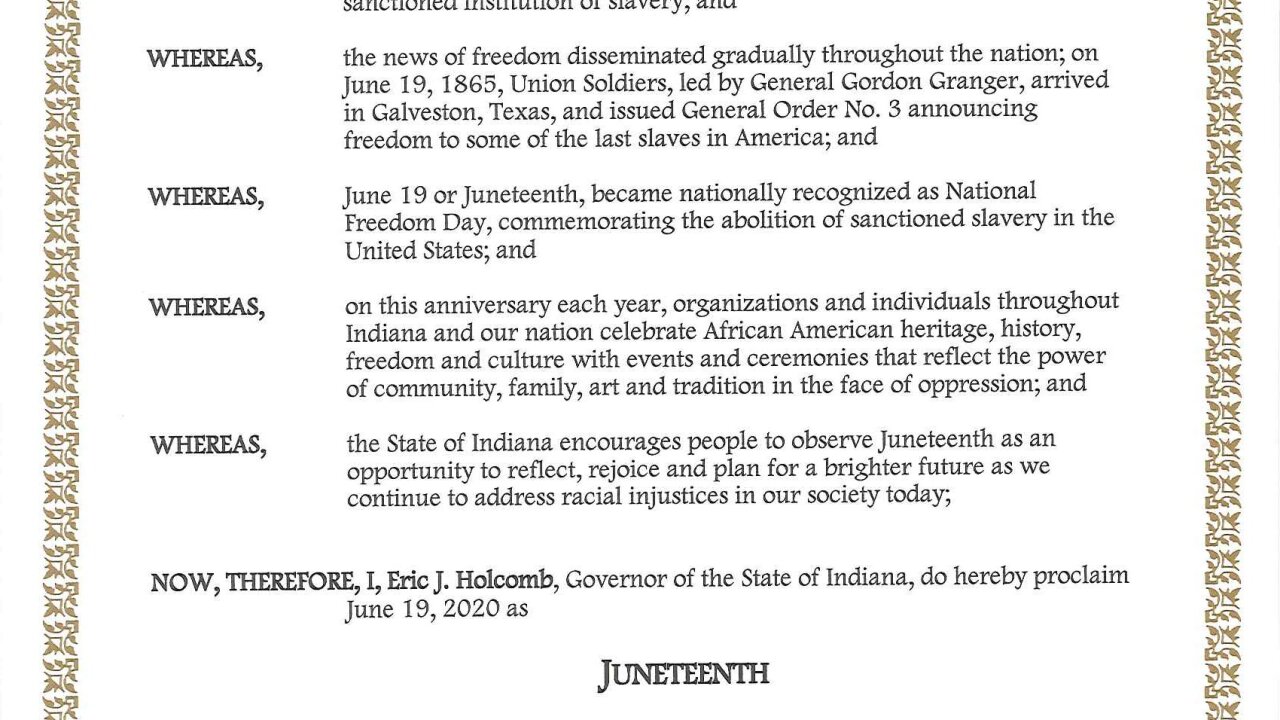 Juneteenth is a day to remember and celebrate the date when slavery ended for all Black Americans. Abraham Lincoln’s Emancipation Proclamation was supposed to free all slaves in 1863. The news didn’t reach all of them until nearly three years later on June 19, 1865. A day that is now celebrated as Juneteenth.

Today I issued a proclamation celebrating #Juneteenth, an opportunity to reflect, rejoice and plan for a brighter future. pic.twitter.com/yrPvmSsK9H

Mayor Hogsett issued a proclamation officially acknowledging the Juneteenth as a holiday in Indianapolis on Friday morning, as well.

Today we celebrate Juneteenth, a holiday marking the emancipation of the last of those enslaved in the United States. pic.twitter.com/tWPs7JWWvo

The Juneteenth holiday is getting more attention this year, in part, because of the many protests and demonstrations for justice and equality after the several deaths of Black people at the hands of police — including George Floyd, Breonna Taylor, and Dreasjon Reed. The 2020 Black Lives Matter movement can be compared to the 1950s over the forced segregation of Black people and white people.