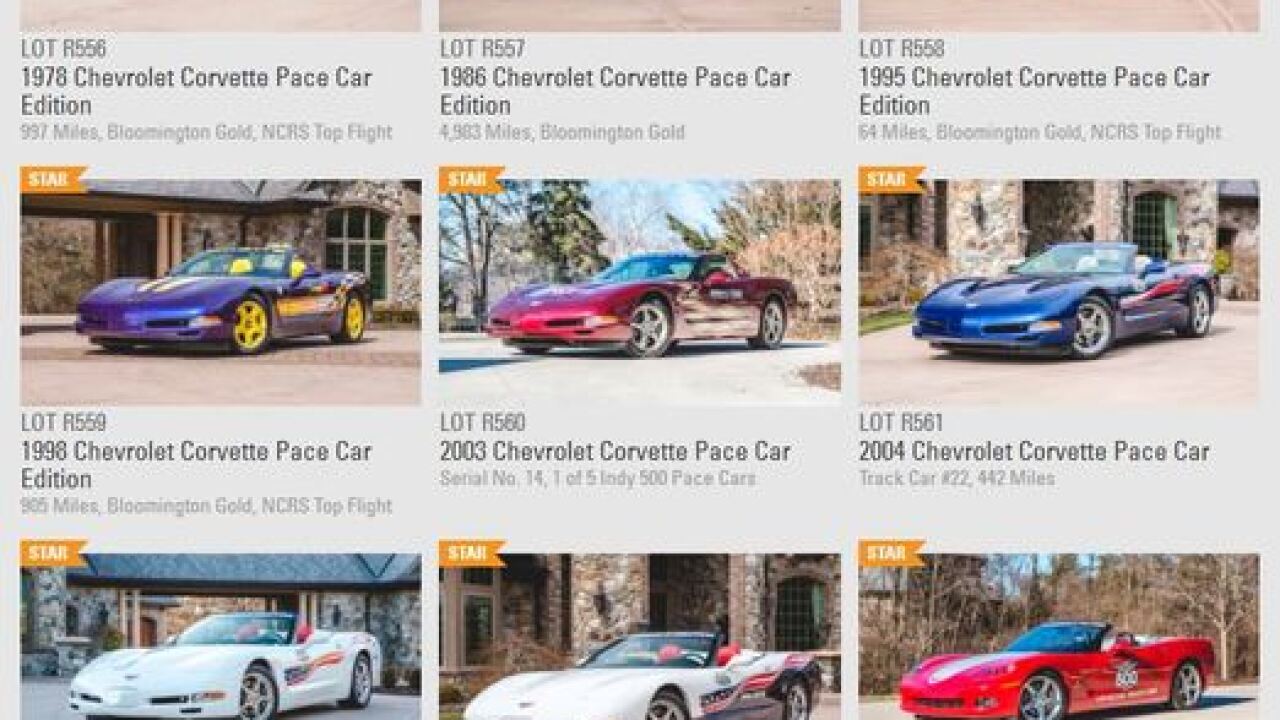 Copyright 2018 Scripps Media, Inc. All rights reserved. This material may not be published, broadcast, rewritten, or redistributed.
Mercum Auctions

Keith Busse, 74, is auctioning off the 16 cars next month during Mecum Auctions’ spring sale at the Indiana State Fairgrounds in Indianapolis.

“When I made the decision to sell them all, I couldn’t sleep that night,” Busse said. “There’s 30 years of collecting there, but when you make the decision, you can’t look back.”

The collection includes cars from 1978 to 2017. Not every car in the collection actually paced the race, but some were used at the track in other ways, Busse said.

“What he has done is something that nobody else has done,” said John Kraman, who does television commentary for Mecum. “We do a lot of (auctioning) of collections, but this one stands out because you combine an extreme passion with a very narrow focus and a specific vision for assembling a collection that can never be duplicated.”

The auction will likely be televised by NBC Sports Network, said David Morton, a spokesman for Mecum. The collection will be offered as a single lot. It will only be split if it doesn’t sell for the desired price, he said.

Busse said he expects the cars could go for as much as $2 million.

“I think they will go as a package, but I know some guys who want them individually,” Busse said. “At auctions, crazy things happen.”

Busse said he’ll give money from the auction to the Keith Busse Automotive and Classic Art Foundation, which will donate it to various area charitable causes. He said he’ll also likely give money to Trine University in Angola and the University of Saint Francis.