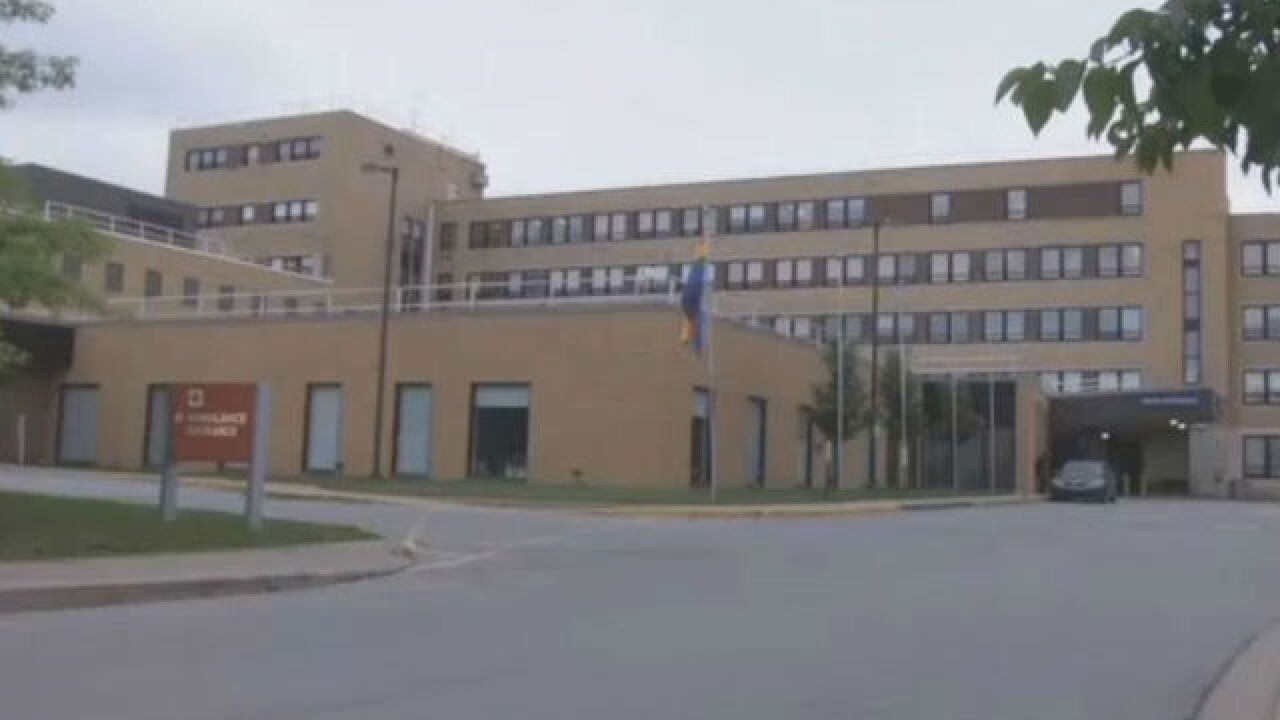 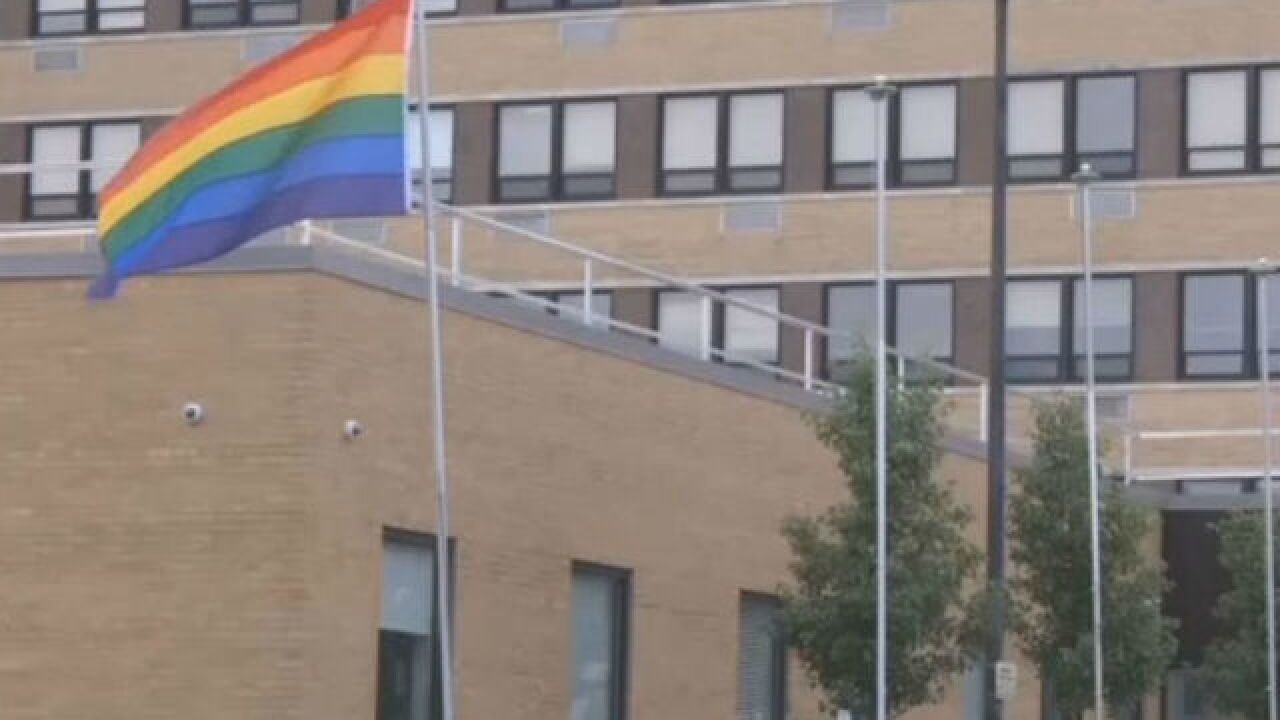 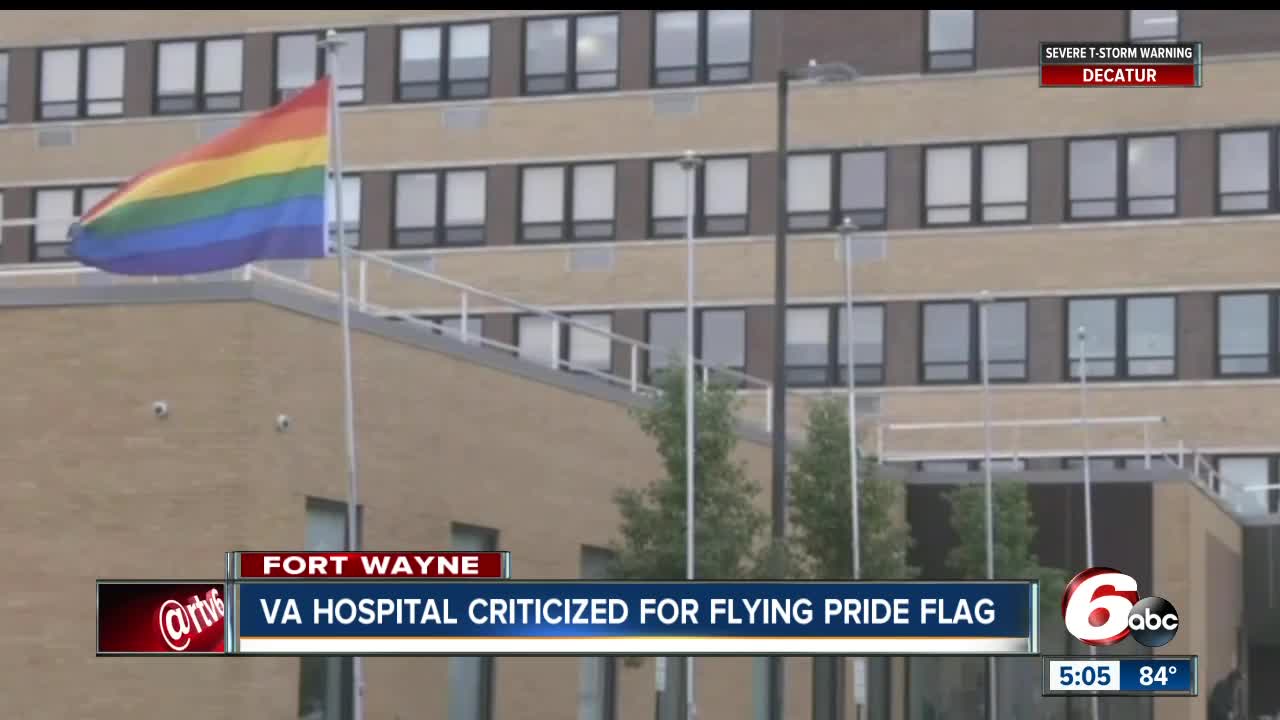 FORT WAYNE, Ind. -- An Indiana hospital for the Department of Veterans Affairs temporarily removed its military flags to put up an LGBT pride flag Tuesday.

Some veterans in Fort Wayne, Indiana arrived at the VA hospital Tuesday morning and noticed all the military flags had been removed. On one of the flagpoles was a rainbow flag, in honor of LGBT pride month, WPTA in Fort Wayne reported.

Some people in the area questioned the VA's decision.

"It's certainly worth recognizing the veterans who are from that community who have served," Jarrod Schwartz, a veteran, said. "It's a little odd, it's certainly different -- definitely questionable -- why they would remove the branch flags."

A VA public affairs officer said the hospital wanted to put the rainbow flag up to honor LGBT veterans, but there wasn't enough room for a new flag. Instead of taking one flag down to make room, they decided to lower all the flags, as not to show favoritism.

At the end of the day, VA officials were going to lower the rainbow flag to put the military ones back up, but somebody beat them to it. In the early afternoon, somebody lowered the LGBT pride flag, then drove off with it.

The VA released the following statement:

"We are aware of concerns voiced by some of our employees and Veterans about the Service Flags removed outside of the Fort Wayne campus. As we are committed to serving all Veterans and June is LGBT awareness month, we are flying the flag that represents and honors these Veterans as a display of solidarity and respect for their service.

We all serve this nation.

Due to limitations in the number of flag poles outside our VA, the Service Flags were lowered temporarily. Rather than  take one flag down temporarily, it was determined to lower all the flags so as to be equal. The one flag will fly for the day until 5 p.m. and signify that we treat all our Veterans equally. We greatly appreciate our Veterans' and employees' passion and loyalty for their individual services.

Today, we honor our LGBT Veterans and their service."