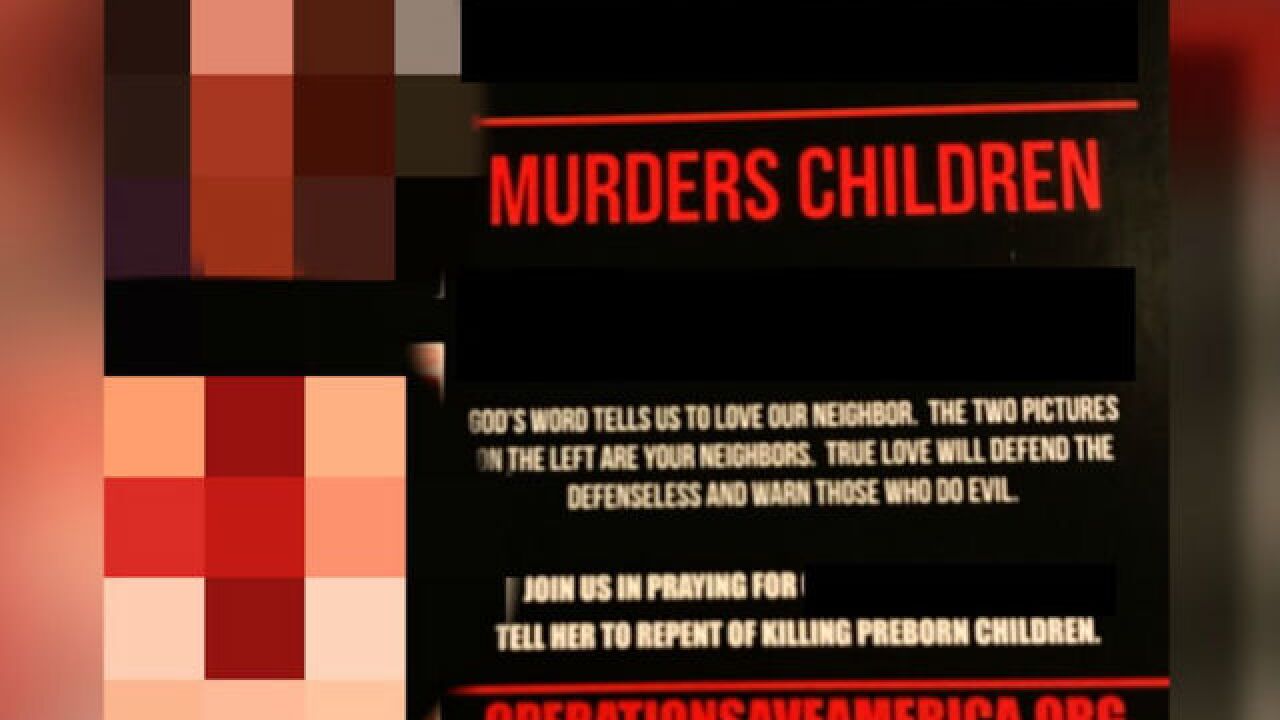 Copyright 2018 Scripps Media, Inc. All rights reserved. This material may not be published, broadcast, rewritten, or redistributed.
<p>This is an example of one of the mailers sent out in Central Indiana this week by the group Operation Save America. RTV6 is choosing not to identify the doctor in the mailer or release her personal information.</p> 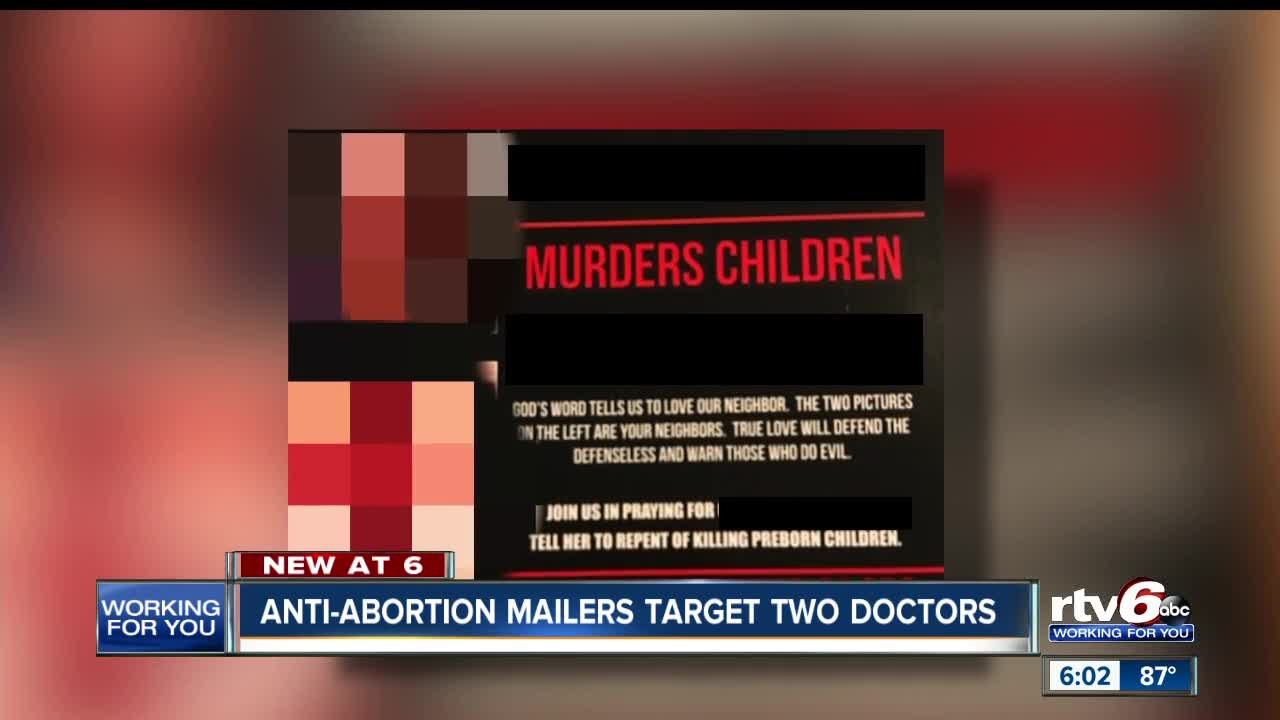 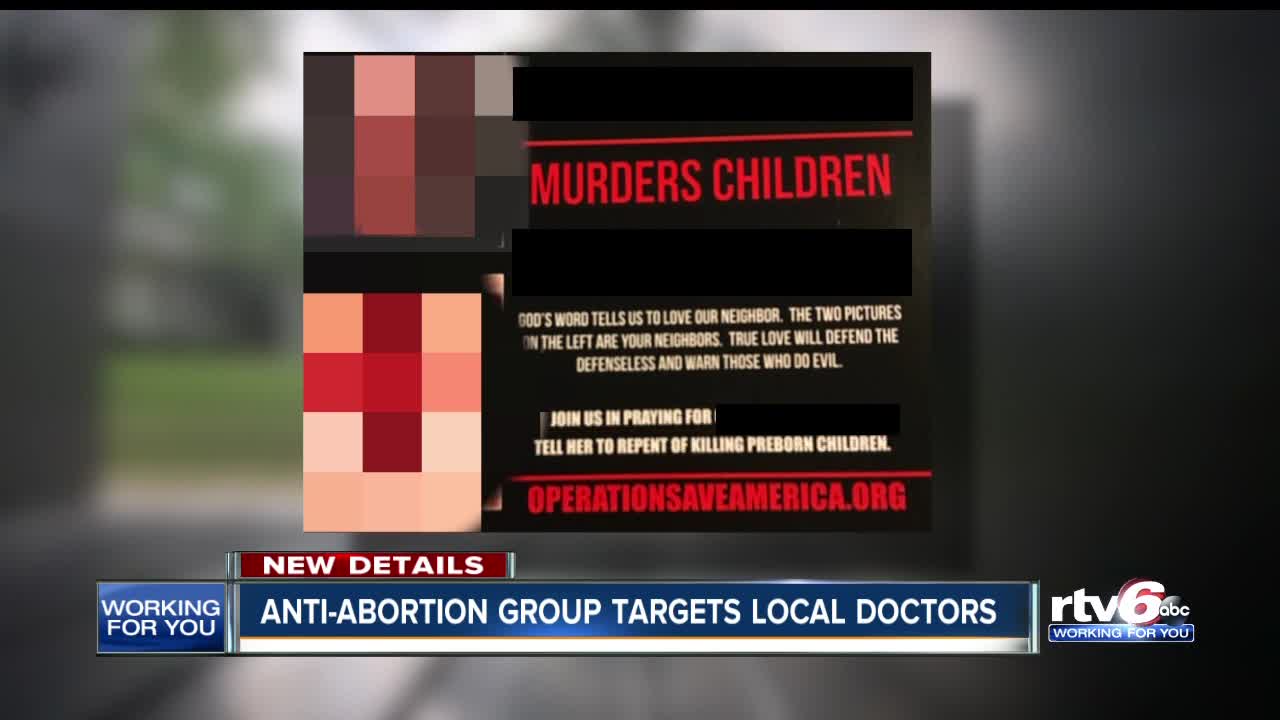 INDIANAPOLIS – A threatening mailer is targeting doctors who perform abortions in central Indiana.

The postcard from “Operation Save America” identified a neighbor who provides legal abortion services. RTV6 has chosen not to identify her or release her personal information.

The insert claims she “murders children” and is asking neighbors to pray and tell her to repent.

Operation Save America – an anti-abortion group – sent out hundreds of mailers this week targeting two doctors in Central Indiana.

The group says it doesn’t believe it is crossing a line by highlighting a doctor’s address, despite the possibility this could impact the safety of family members or neighbors.

"The issue is not that we sent out materials to people's home," Jason Storms said. "The issue is the nature of what this person does for a living. That they make money killing little humans. That should be disturbing."

"These kinds of strategies are really inappropriate and then I think what is most disappointing is that it's done in the name of faith," Gillespie said.

Planned Parenthood also says tactics in which a medical provider’s life is put at risk led to the closing of a clinic in Fort Wayne , calling the mailers "disappointing" and "appalling."

Now, it’s the contents of the envelope that anti-abortion group has sent out this week that’s engaging people to face the debate on abortion rights.