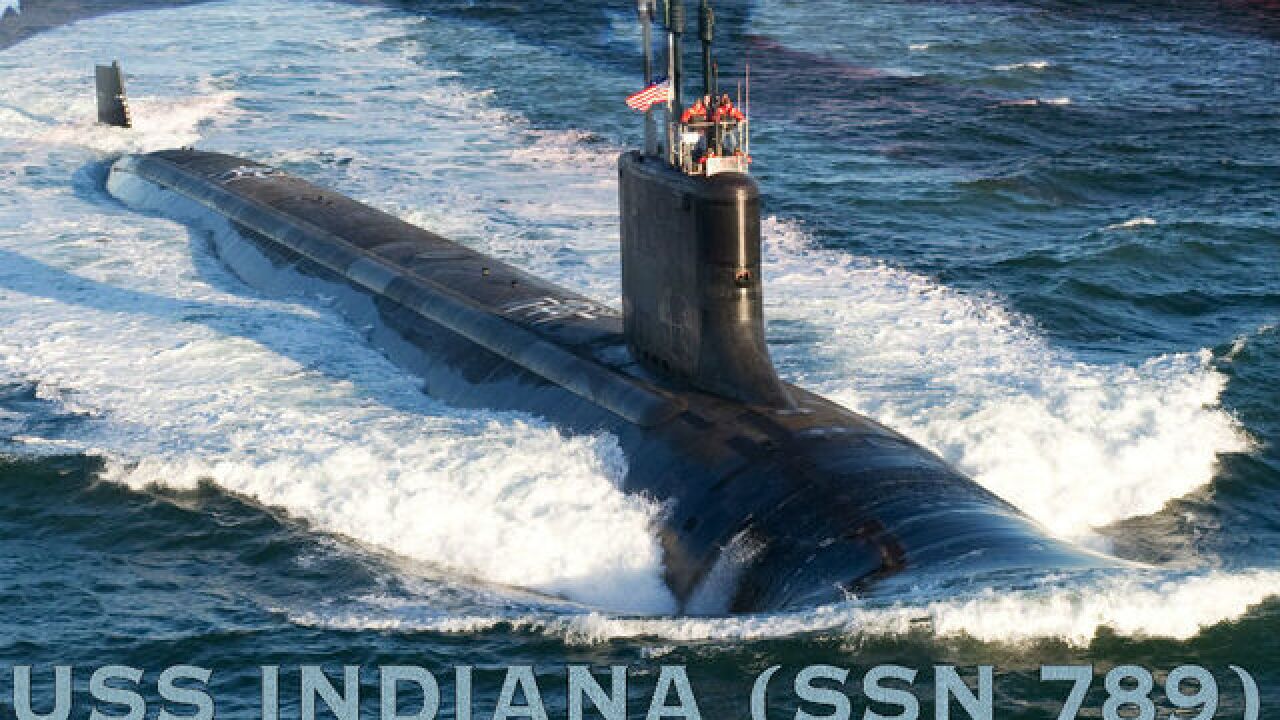 PORT CANAVERAL, Fla. (AP) — A new fast attack nuclear-powered submarine that’s named after the state of Indiana has been commissioned in Florida.

The sub can reach speeds of more than 25 knots, and it’s powered by a reactor that won’t need refueling during the ship’s entire planned life.

Construction began in 2012 on the USS Indiana, which is the Navy’s 16th Virginia-class fast attack submarine.

The submarine is the fourth vessel to be named after Indiana. Two others were battleships — one used during the 1898 Spanish-American War and the other during World War II.