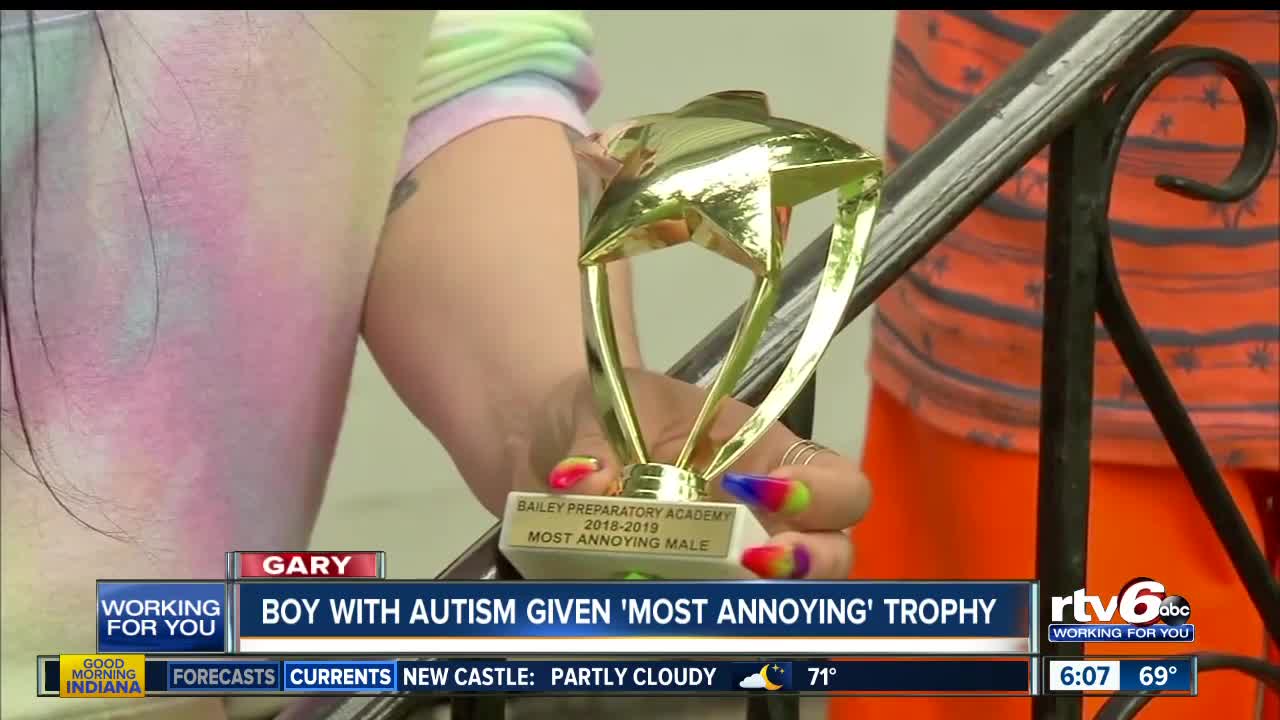 Parents were shocked when a Gary, Indiana boy was given a 'Most Annoying' award at school.

GARY — An Indiana family is upset after their son was given a "Most Annoying" award at school.

Eleven-year-old, Achillas, is autistic and non-verbal and works with special education teachers at Bailly Preparatory Academy. Because he is non-verbal, he will often rock back and forth as he struggles to express himself.

His parents were shocked when at the end of The Year Lunch, a teacher handed the boy an award trophy labeled "Most Annoying Male."

Achillas father, Rick, says he's grateful his son did not understand what was going on but wants an apology from the teacher.

"When they called him up, he was just excited to get a gold star because it was shiny," Rick said.

The Gary Community School Corporation released a statement saying they do not condone this type of behavior and will continue to put the well-being of their students first.