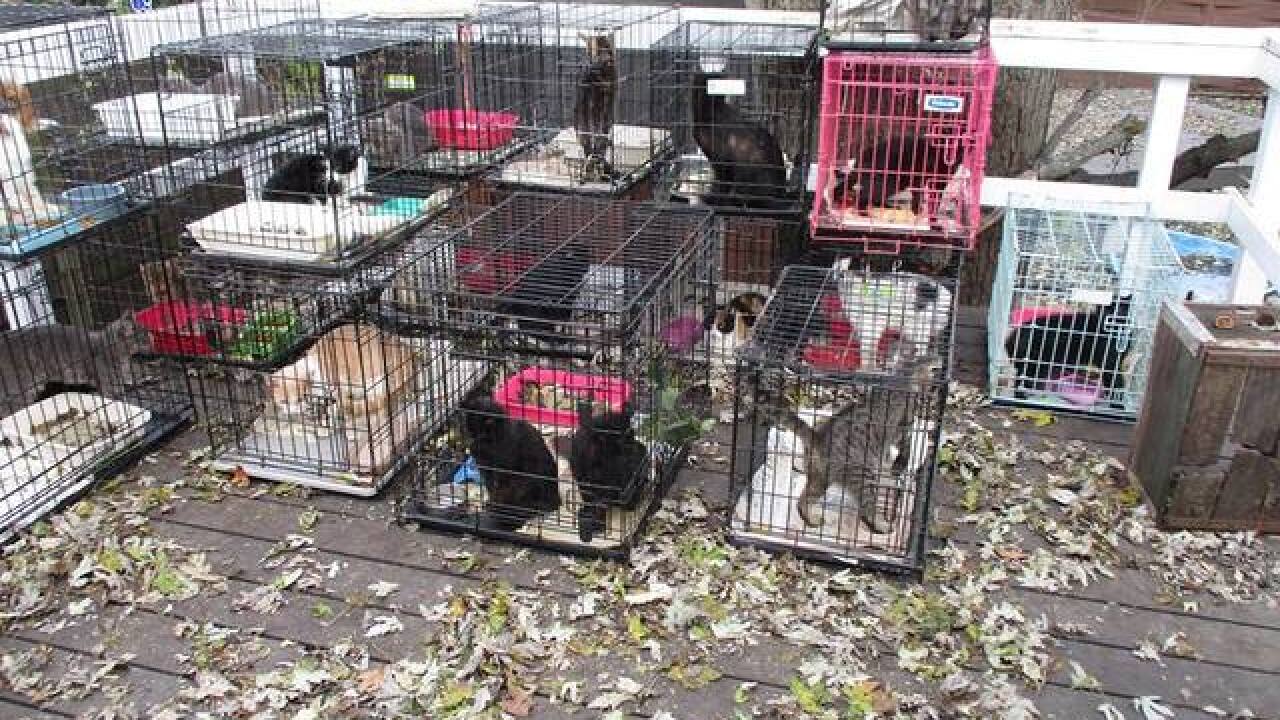 GRIFFITH, Ind. (AP) — Authorities who rescued 47 cats and six dogs from a feces-filled home in northwestern Indiana had to wear face masks while removing the animals.

Griffith police spokesman Commander Keith Martin says the home was declared “unfit for human habitation” due to the stench of urine and feces.

Police, animal control officers and others wore protective clothing and face masks while rescuing the animals last week in the town five miles south of Gary.

Authorities obtained a search warrant following complaints about the animal-filled residence, which Martin says had been an “illegally run” animal rescue.

Police say the house’s owner would face criminal charges of abandonment and neglect of vertebrate animals.