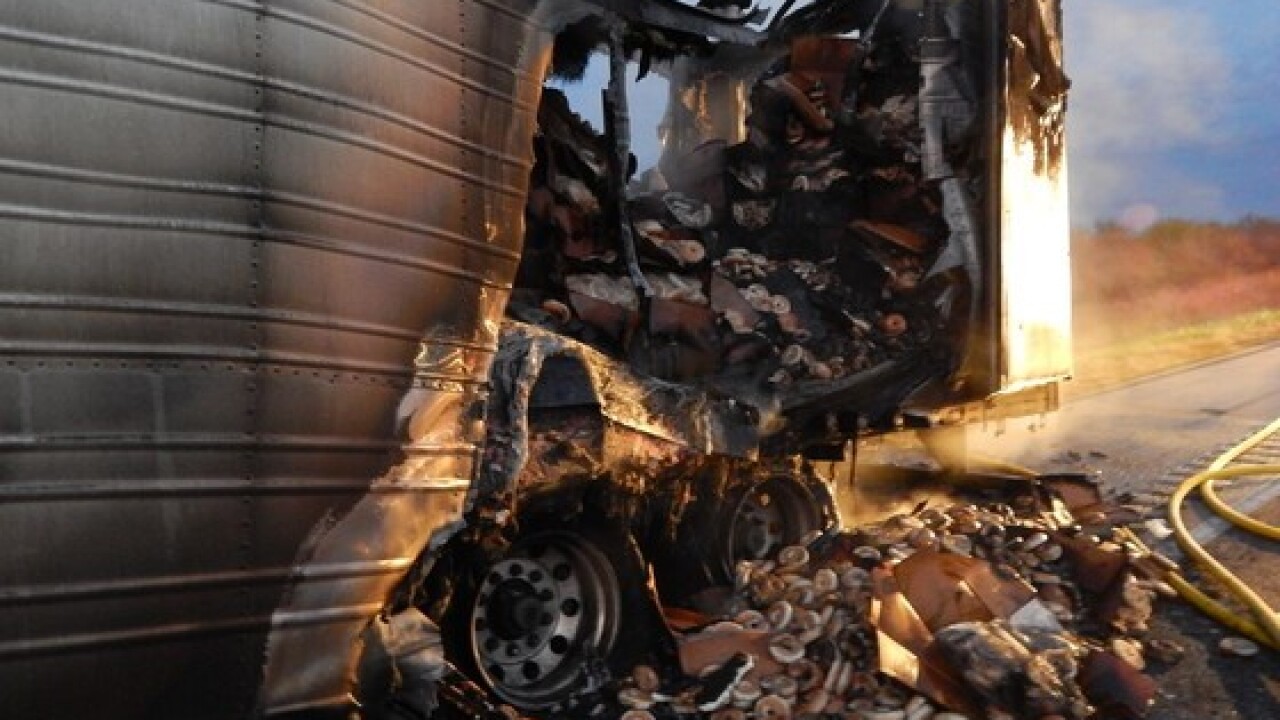 According to a report from the Indiana State Police, an off-duty trooper was traveling south on I-65 near the 209 mile marker around 5:40 p.m. Sunday when he saw a semi-tractor pulling a box trailer heading north with heavy smoke coming from the rear axle.

The trooper turned around and stopped the semi on the right shoulder at the 209 1/2 mile marker. By the time the trooper made the stop, the semi trailer brakes were on fire and spreading to the trailer itself.

Troopers said the driver of the semi failed to release the brakes causing them to spark the fire. The rear tires exploded due to the heat from the brake fire.

The semi driver, Quiner Louis, 31, of Boynton Beach, Fla., was able to disconnect the semi tractor from the trailer. Louis was driving a 2013 Freightliner owned by Balkan Logistics Group out of Countryside, Ill. The trailer was loaded with 38,000 pounds of frozen bagels, state police said.

The right lane of northbound I-65 was closed until around 1 a.m. Monday for removal of the trailer and clean-up of the roadway, troopers said.