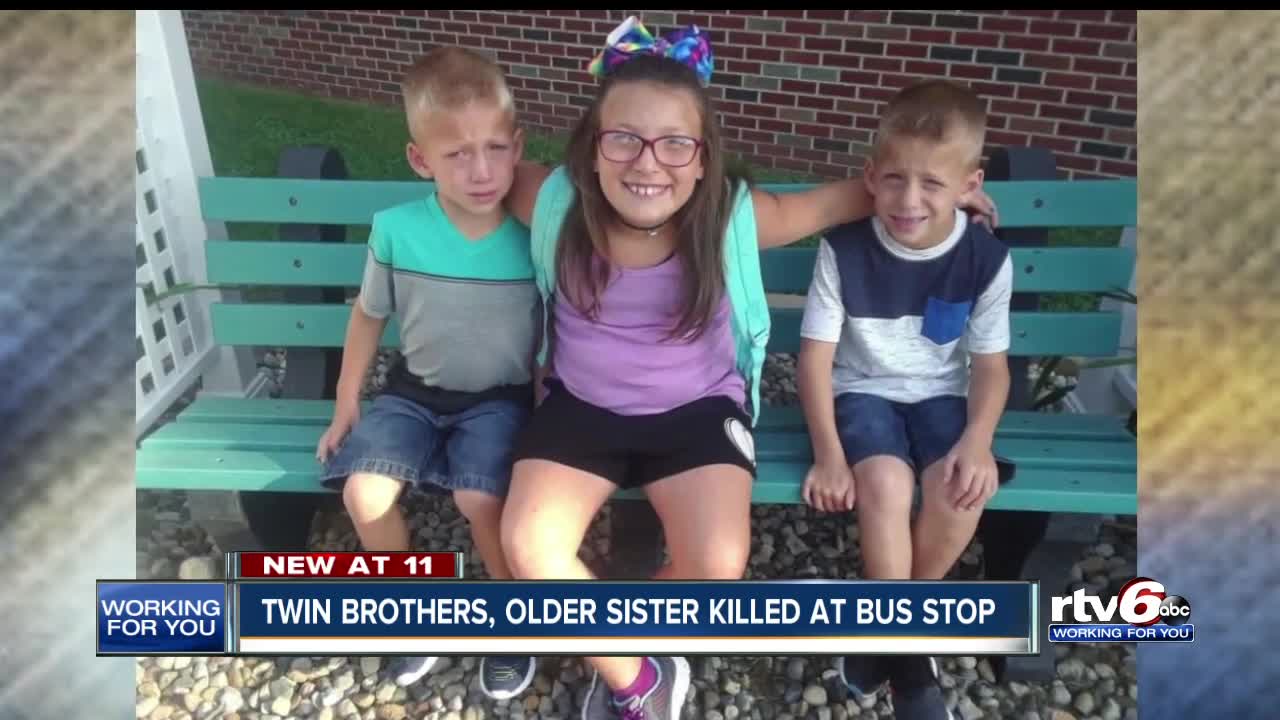 Elgin Ingle has to be strong for his family, especially his little brother, who lost three children when early Tuesday morning when they were struck and killed while crossing the street to board their school bus. 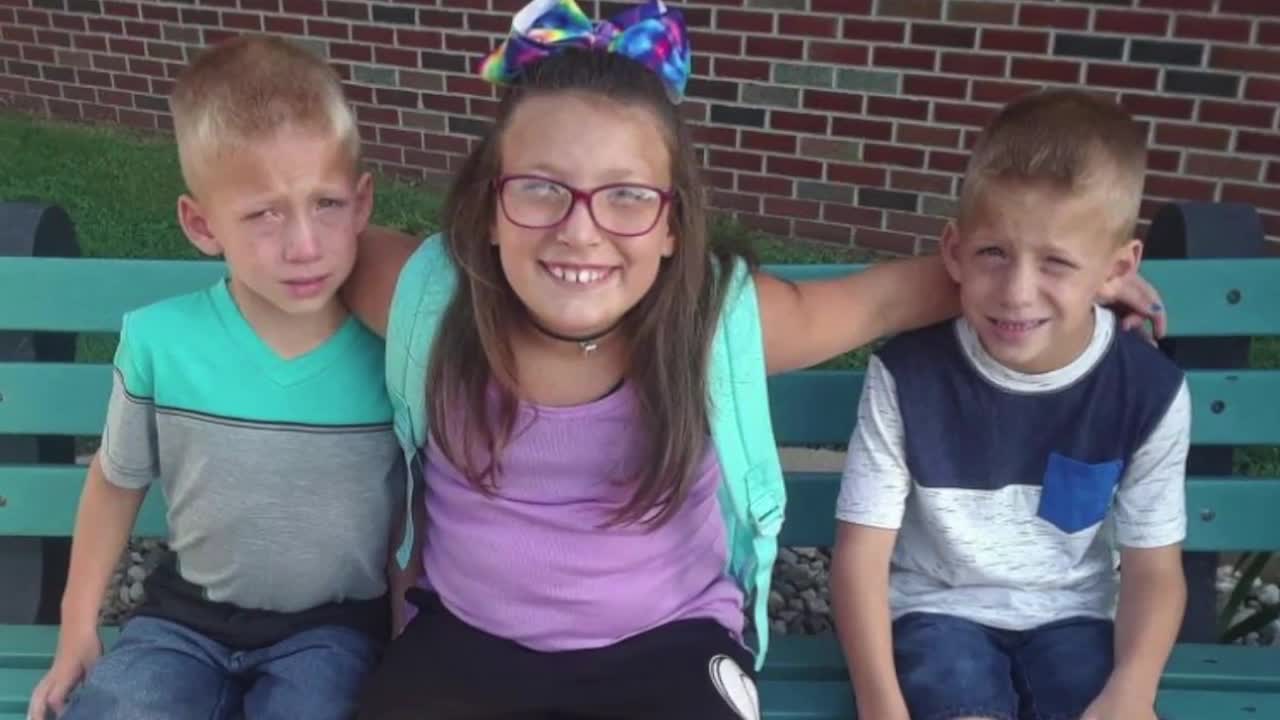 FULTON COUNTY, Ind. -- “My two nephews and my niece were taken from me because somebody didn’t pay attention.”

Elgin Ingle has to be strong for his family, especially his little brother, who lost three children when early Tuesday morning when they were struck and killed while crossing the street to board their school bus.

“How he’s going to get past this. What do you tell your little brother when he’s just lost three of his children to someone’s negligence?”

Tragedy struck around 7:30 a.m. when 9-year-old Alivia Stahl was crossing the street with her 6-year-old twin brothers, Mason and Xzavier Ingle.

The siblings were getting ready to board their stopped school bus when an oncoming driver failed to stop.

“How could you look away from the road?” Everybody knows buses stop at this time of day,” said Ingle. Alivia, Mason and Xzavier were all killed.

A fourth child, 11-year-old Maverick Lowe, was airlifted to a local hospital in critical condition.

Ingle describes his nephews as “shy at first” but brimming with energy.

“Once you got past the shyness, the two boys were a life spark. They were non-stop, happy, go-fast, jumpy boys.

“They were American boys, how they were supposed to be raised.”

He described Alivia as a girl who loved baseball and her family, especially her little brothers.

“Alivia, my niece, she was the kindest child you’ll ever meet.”

She was also a go-getter, as seen in these photos from her recent run for student council at Mentone Elementary School where she attended with her younger brothers.

“There’s no stopping Alivia. She sets a goal and she goes and gets it,” said Ingle. “She’s helpful. She is attentive to other people’s needs. She’s what you’d want in a child.

Ingle said there were days Alivia acted more like a mother to her brothers than a big sister, which is why he says it’s no surprise that she tried to shield them before they were hit.

“She held their hand to the school bus and onto the bus every day,” said Ingle. “She was holding their hand when they were hit and it looks like she tried to shield them a little bit.”

“She had a split second to think of what to do, she chose to shield her brothers with that split second.”

The Tippecanoe Valley School Corporation announced Wednesday that they were changing the location of the school bus stop where the three siblings were killed and they are creating a transportation safety review committee to examine the safety of all bus stops in the district. You can read their full statement below.

“This has been a very difficult day for our school family as we attempt to cope with the devastating loss of three elementary students and a critically injured middle school student. I am very appreciative of our teachers, administrators and staff that assisted, comforted, and supported our students and each other today in our schools. We also had counselors and clergy available for anyone who desired additional support and we will continue to provide counselors as needed.

In addition, I am establishing a transportation safety review committee which will examine all of our bus stop locations to ensure our children are transported safely. I will co-chair this committee with Fulton County Sheriff Christopher Sailors and Kosciusko County Sheriff W.R. Goshert. Other committee members will include school transportation officials, bus drivers and the president of the Tippecanoe Valley School Corporation Board of School Trustees.”