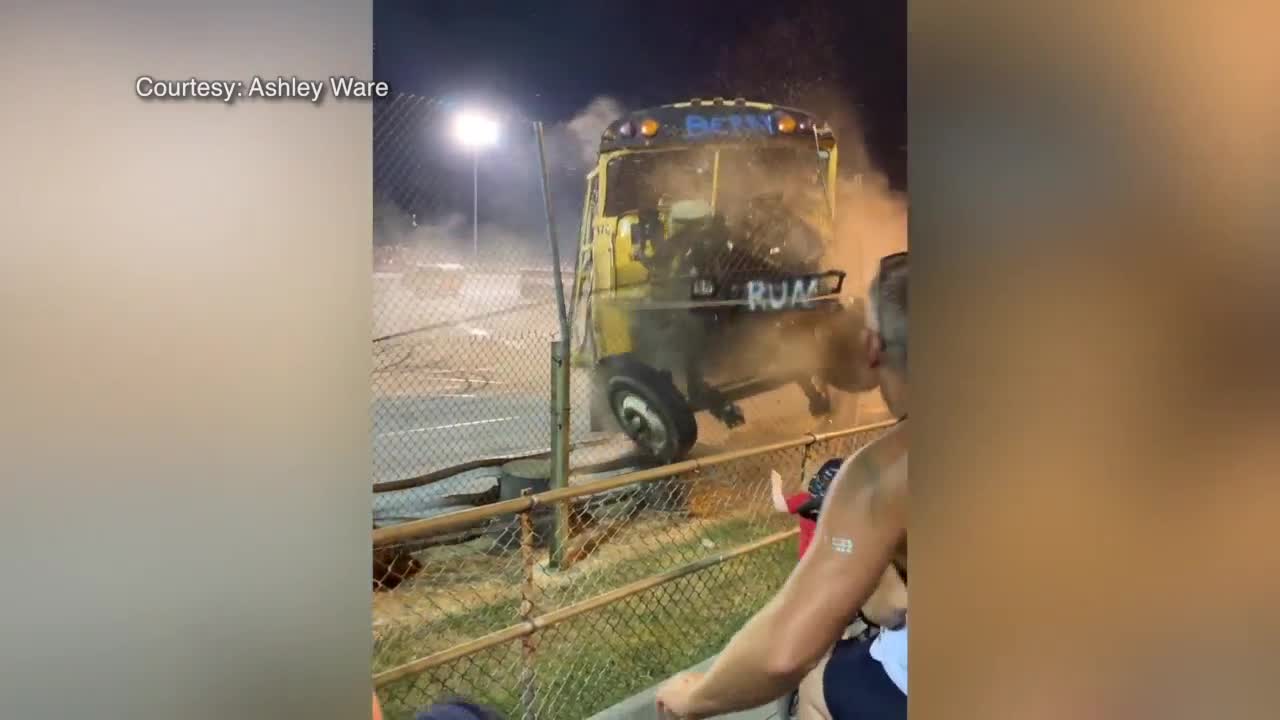 CLARKSVILLE — Dramatic video shows a school bus smashing through a fence and nearly into a crowd of people at the Zombie School Bus Races in southern Indiana over the weekend.

Ashley Ware was recording the event in Clarksville Saturday evening when the driver lost control and crashed into the fence in front of her, just inches from a toddler in the stands.

According to Ware, the crash terrified her 7-year-old so much that they had to leave after it happened.

“All the buses were doing figure of eight maneuvers and it was obvious they were trying to crash. I don’t think they were supposed to head straight for the barrier though”, she told ABC News. “We were three rows up and about six feet to the left of where it hit. The little boy in the video had some treatment, they said he had some fluid in his eye, but he seemed fine. The driver of the bus was fine also and he got out and waved to the crowd afterwards. Straight after the crash my seven year old son turned to me and said ‘Let’s go’”

You can watch the terrifying moments Ware captured on video in the player above.