1973: The Grant building blaze was one of Indianapolis' most destructive fires 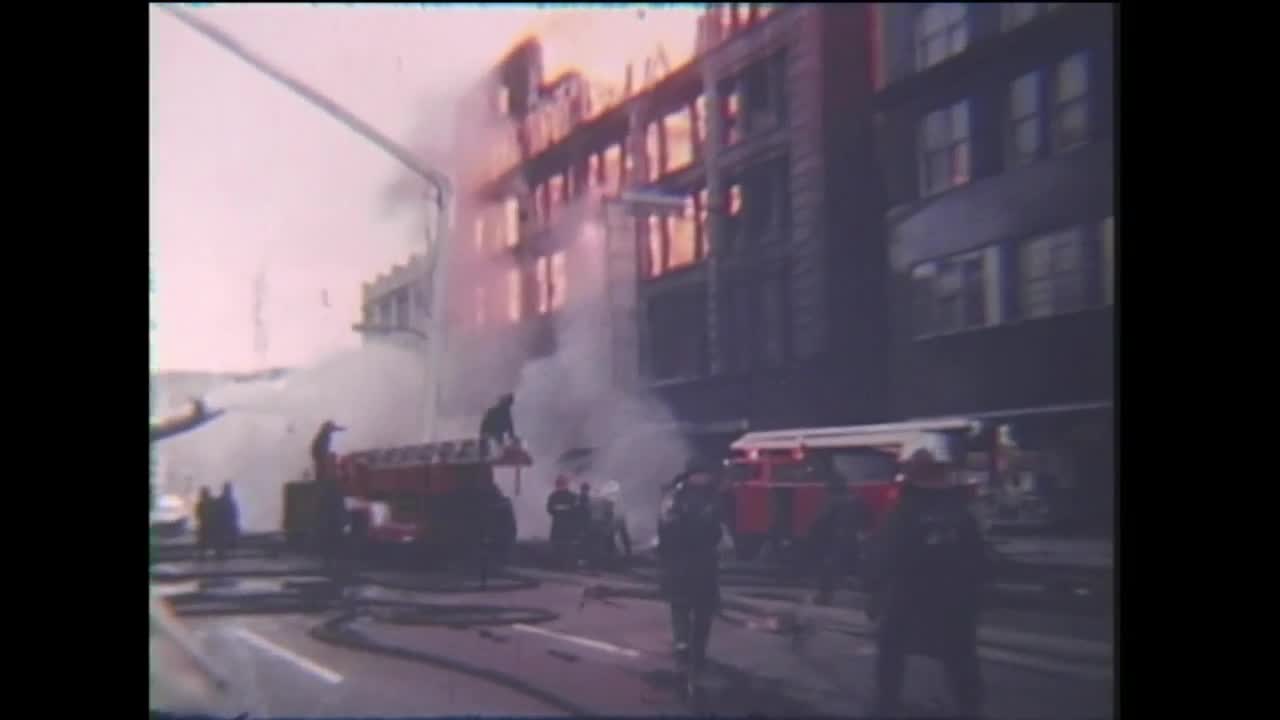 INDIANAPOLIS — One of the most extensive and costly fires in the history of Indianapolis broke out in the early afternoon hours of Nov. 5, 1973.

The W.T. Grant building was located at 25 East Washington Street in Downtown Indianapolis.

The five-story building was vacant and being prepared for demolition. Several propane tanks were stored on the fourth floor, to assist with leveling the building

Shortly after 1 p.m., the propane takes ignited, causing the fire to spread throughout the building quickly.

Several RTV6 journalists were dispatched to the scene.

Among them, Lowell Davis, who recently shared his memories of the fire.

Each photographer covered the fire from a different vantage point.

Davis set up in the front of the building on E. Washington. Vern Veal was behind the Grant building, and Dennis Malone was in SkyCam6. Ralph Grant went to the City-County Building, where the Indianapolis Fire Department had a spotter calling the shots.

While Davis filmed the rapidly growing fire, he noticed an elderly man trapped in the Thomas building. Davis alerted firefighters to the man who was desperately waving a white handkerchief from an open window.

Thanks to Davis’ quick thinking, firefighters were able to rescue the man by climbing on the roof of a neighboring building.

It took more than 200 firefighters 1,333 hours to extinguish the fire. Crews used more than 19 thousand feet of hose to pump nearly 4 million gallons of water. Fifteen buildings housing 84 businesses were impacted by fire or water damage.

The Grant and Thomas buildings were destroyed.