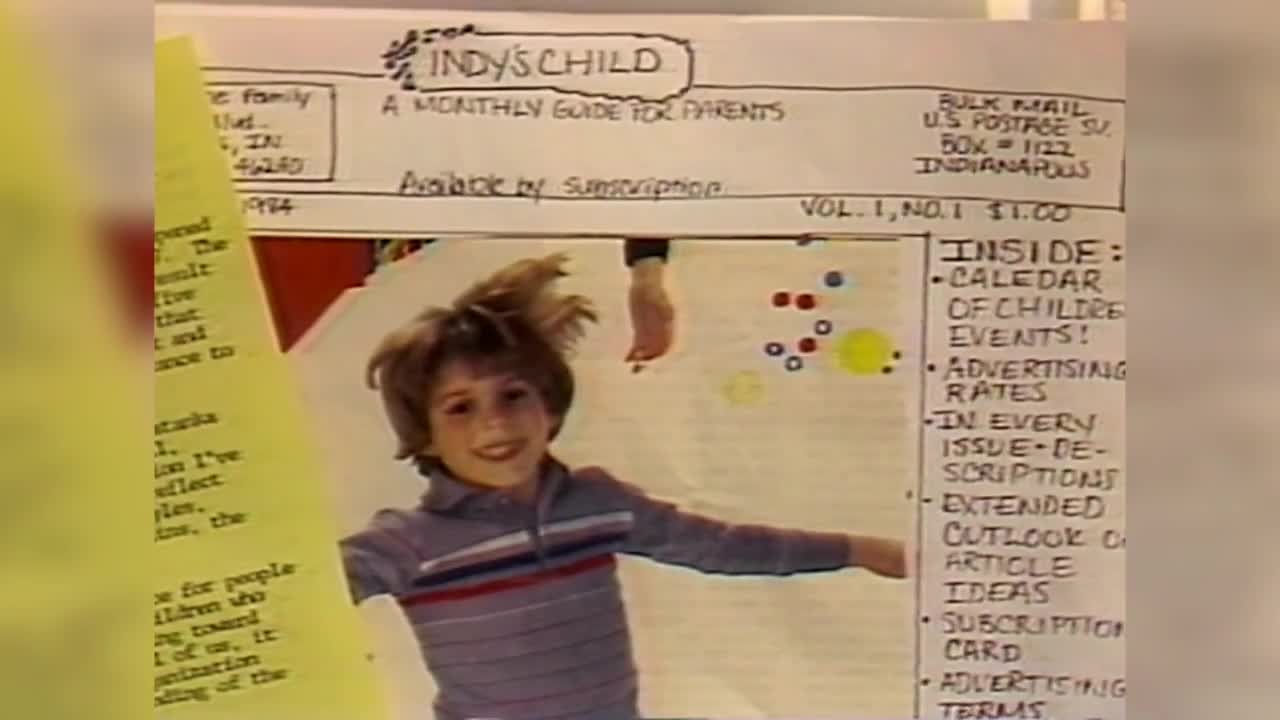 INDIANAPOLIS — Indy’s Child published its first issue 35 years ago this month. The publication has provided family-focused information for Central Indiana residents since its creation in 1984.

That same year, former RTV6 consumer reporter Barbara Boyd spoke with the founders of Indy’s Child as they prepared to release the first edition.

Mary Wynne, now Mary Cox, and Peggy Baxter were both recent college graduates in 1984. The pair assembled the first issue by hand without the help of any technology.

RTV6 recently spoke with Cox about how things have changed since that first issue.

“We didn’t have the internet," Cox said." We didn’t have email. We didn’t even have fax machines. So it was a totally different world as far as communications go."

The first issue featured a community calendar which not only highlighted activities for the month, but also issues that impacted families. A subscription was $9 per year.

The initial circulation of 25,000 paper copies eventually transitioned into more than 100,000 smartphone views every month.

The staff at Indy’s Child has grown as well.

“We have a team of 10 people and we have an editor," Cox said. "We have sales reps from all the different cities. We have people behind the scenes that are doing all the digital. We have people that help with advertising support.”

Cox credits her mother for helping her create Indy’s Child and now works alongside her daughter at the publication.

“I love it," Cox said. "I’ve always loved it, but I love it now more than ever. It’s just an ever-changing world, and learning with it, I absolutely love it.”