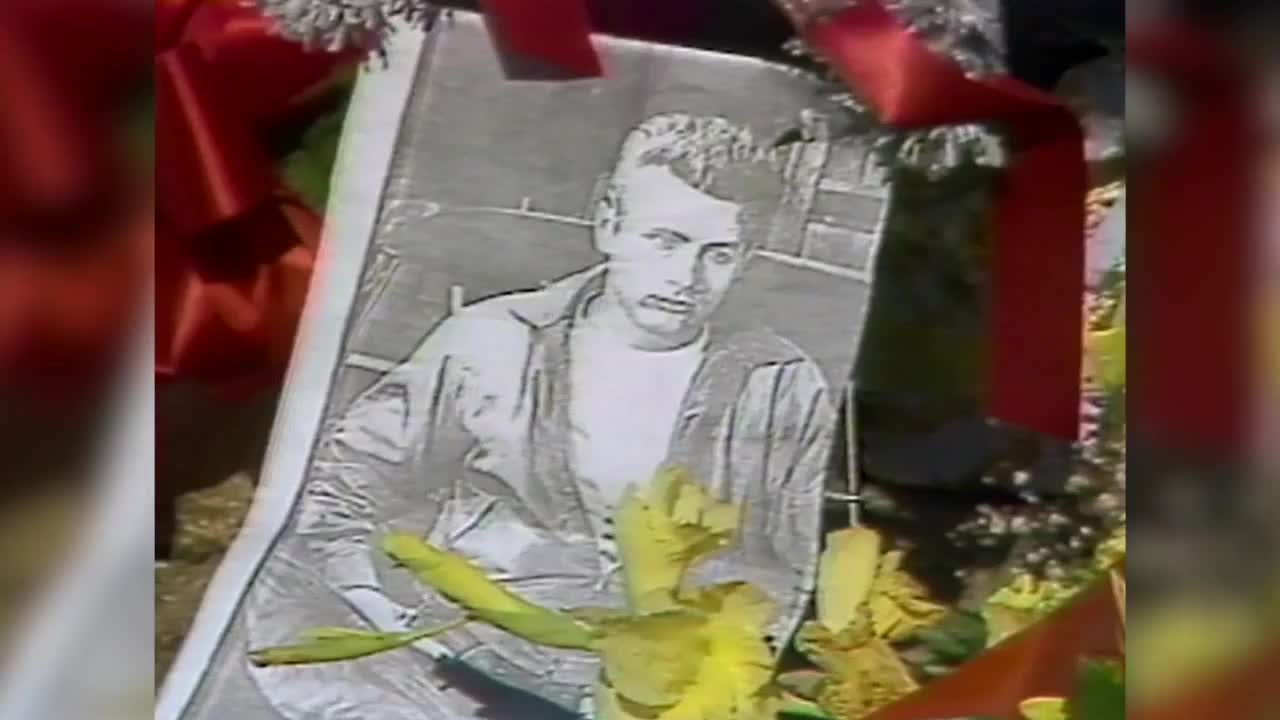 FAIRMOUNT, Ind. — More than six decades have passed since James Dean was killed in a car crash. A celebration of Dean’s life will take place this weekend in his hometown of Fairmount, Indiana. It will be the 44th consecutive year for the Remembering James Dean Festival.

James Dean was born in Marion and moved to Fairmount at the age of 2. He began acting while attending Fairmount High School. Dean also played on the basketball and baseball teams.

Dean was known for his roles in three movies including East of Eden, Rebel Without a Cause and Giant.

Twenty-five years after his death, fans of the actor gathered in Fairmount to remember the actor. Among the crowd was another well-known actor, Martin Sheen.

“His life was not so much a struggle as it was a quest. His purpose, not so much to achieve, as it was involvement. If anyone would’ve stopped James Dean in his lifetime and said, ‘tell me what you’re all about’ he might just as well have shrugged said, ‘I’m just passing through here,” said Sheen.

Former RTV6 reporter Tracey Horth asked Sheen why he wanted to attend the service of a man he had never met.

“A product of the 50s generation, he had an overwhelming impact on my generation and on me personally. I feel I’m just here as a fan,” said Sheen.

The festival begins tonight with a car show and runs through Sunday.