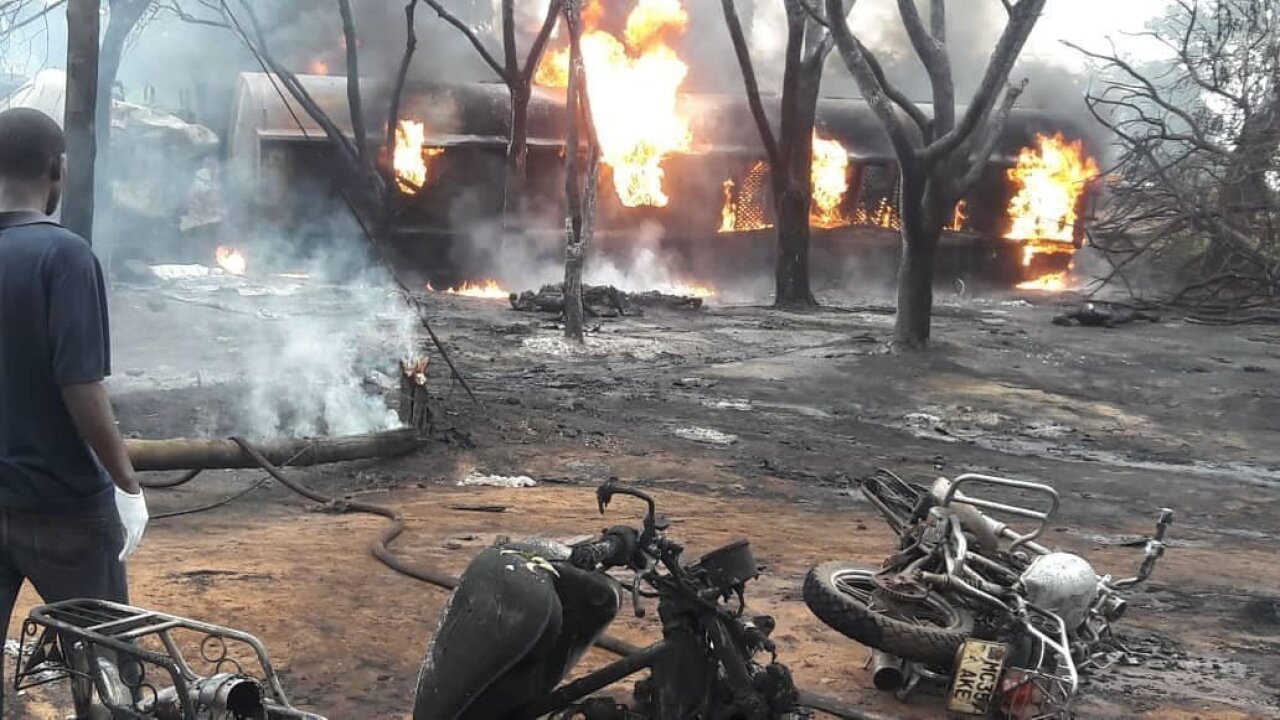 CNN/CNN
Dozens have died in an oil tanker explosion in Tanzania.

(CNN) -- At least 61 people have been killed and 70 injured when a fuel tanker exploded on a busy road in Tanzania, government spokesperson Hassan Abbas said.

The vehicle overturned on the road in Morogoro, 175 kilometers (109 miles) west of Dar es Salaam, according to Kebwe Stephene, the regional commissioner of Morogoro.

An eyewitness said the truck was going at speed and was trying to avoid a motorcyclist on the main road near a Msamvu bus station. The driver appeared to lose control and the truck overturned.

The bus station serves as a major hub for passengers traveling to other parts of Tanzania and is a popular spot for boda-bodas, motorbike taxis common in the region.

Stephene said the crash attracted a large crowd. When someone noticed the truck's cargo was leaking, many rushed to get buckets and containers to collect the fuel.

According to eyewitnesses, there were more than 150 people at the scene when the truck exploded around 20 minutes after the accident.

"We just heard an explosion and then the motorbikes were falling all over the place, we were running around," said Hamza Jones, one of the witnesses. "I fell down there because everyone was trying to run and so they were pushing each other," he added.

Photographs of the incident show large flames and thick black smoke rising from the wreckage and dozens of motorbikes scattered around.

Abbas said authorities believe many of the dead are people who were trying to collect the fuel from the truck.

The explosion happened around 8:30 a.m. local time (1:30 a.m. ET). Abbas said the rescue operations finished by 3 p.m. local time. The scene was cordoned off and all bodies were removed from the scene into a local hospital for identification, he said.

Those injured in the blast were treated at the government-run Morogoro Referral Hospital, Abbas added.

The road connecting Morogoro with Dar es Salaam, the country's most populous city and former capital, is one of Tanzania's key throughways, used to transport imports and exports to and from the coast.