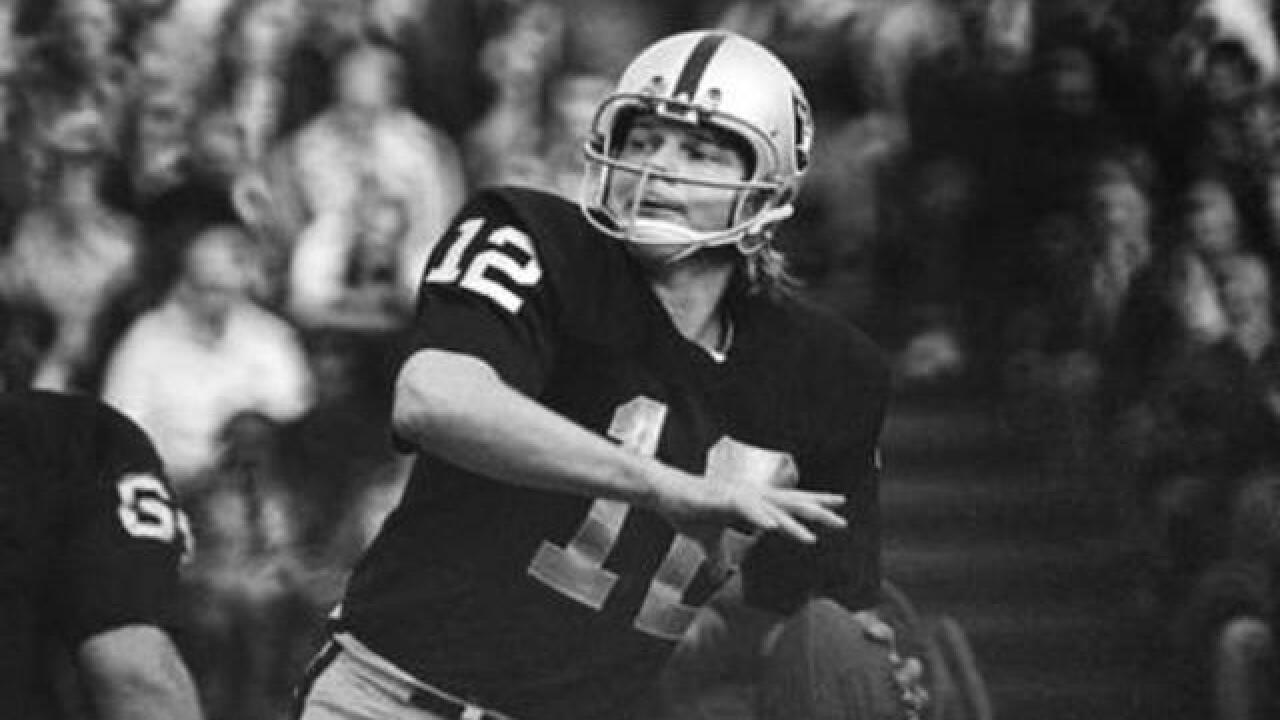 Copyright 2017 Scripps Media, Inc. All rights reserved. This material may not be published, broadcast, rewritten, or redistributed.
<p>FILE - In this 1974 file photo, Oakland Raiders quarterback Ken Stabler looks to pass. Research on the brains of 202 former football players has confirmed what many feared in life _ evidence of chronic traumatic encephalopathy, or CTE, a devastating disease in nearly all the samples, from athletes in the NFL, college and even high school. Stabler is among the cases previously reported. (AP Photo/File)</p>

CHICAGO -- Research on 202 former football players found evidence of a brain disease in nearly all of them, from athletes in the NFL down to high school.

It's the biggest update on chronic traumatic encephalopathy, or CTE.

The disease has been linked with repeated head blows and the results confirm that it can happen even in young players.

But the report only reflects high occurrence in samples at a Boston brain bank and many donors contributed because of troubling symptoms before death.

CTE was diagnosed in 177 former players or nearly 90 percent of brains studied.

MORE | CTE found in former soccer players, study shows  | Brother of late football player who suffered from CTE pushes for changes to concussion training  | CTE research moves on despite no funds from NFL

Researchers still don't know how common it is in football or the general population. Some players with repeated concussions never develop it.

The report is in Tuesday's  Journal  of the American Medical Association.