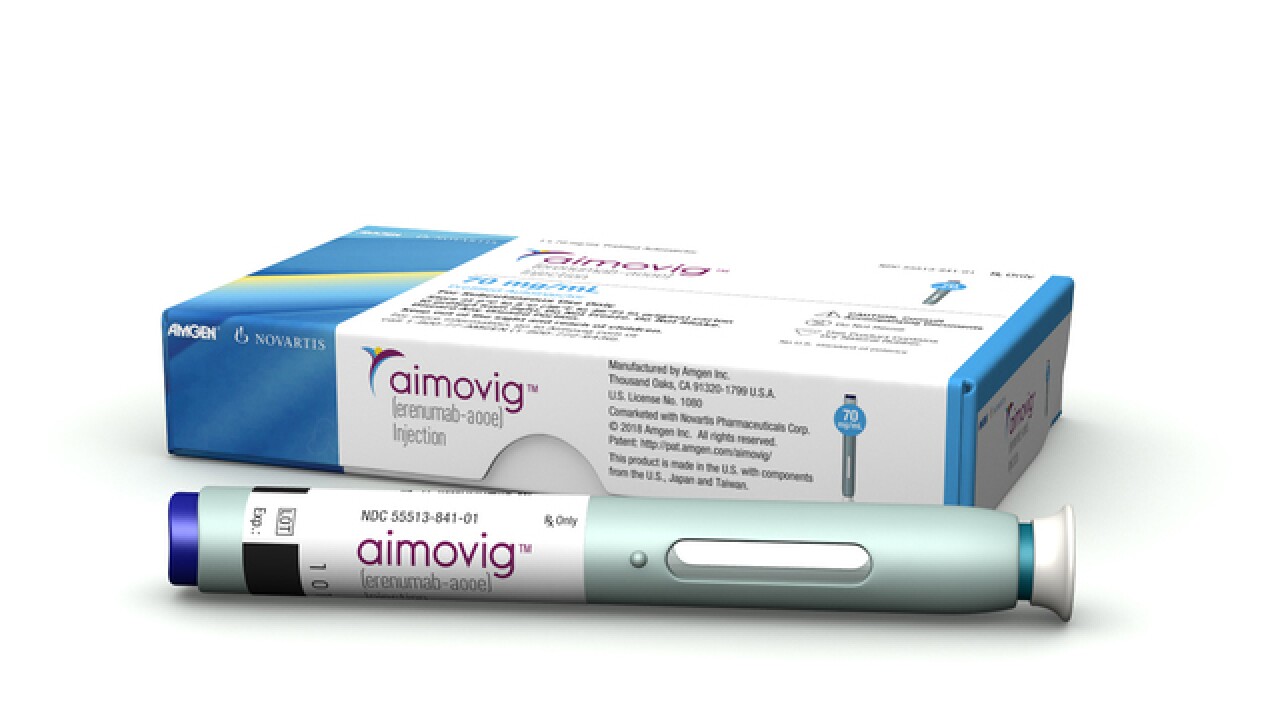 Copyright 2018 Scripps Media, Inc. All rights reserved. This material may not be published, broadcast, rewritten, or redistributed.
<p>This May 10, 2018, image provided by Amgen Inc. shows an artist's rendering of the packaging for the drug Aimovig, the first in a new class of long-acting drugs designed to prevent chronic migraines. On Thursday, May 17, 2018, the Food and Drug Administration approved the medication, clearing the monthly shot for sale. (Amgen Inc. via AP)</p>

Current prevention treatments include pills originally developed for epilepsy and other conditions and the wrinkle reducer Botox, but many patients abandon them because they don’t help much or cause serious side effects.

Migraines can cause disabling symptoms: throbbing headaches, nausea and vomiting, and sensitivity to light and sound. About 10 million Americans get them frequently. They’re most common in people in their 30s, mostly women, and can last for several hours or even days.

In one study, patients given Aimovig saw their migraine days cut from eight to four a month, on average. Those who got dummy shots had a reduction of two. Each patient group had similar minor side effects, mostly colds and respiratory infections.

Aimovig and the migraine drugs in development target a substance called CGRP whose levels spike in the blood during a migraine, triggering symptoms.

The long-term safety of Aimovig, also known as erenumab, hasn’t been tested, and Amgen plans to track outcomes in women who become pregnant while taking it.