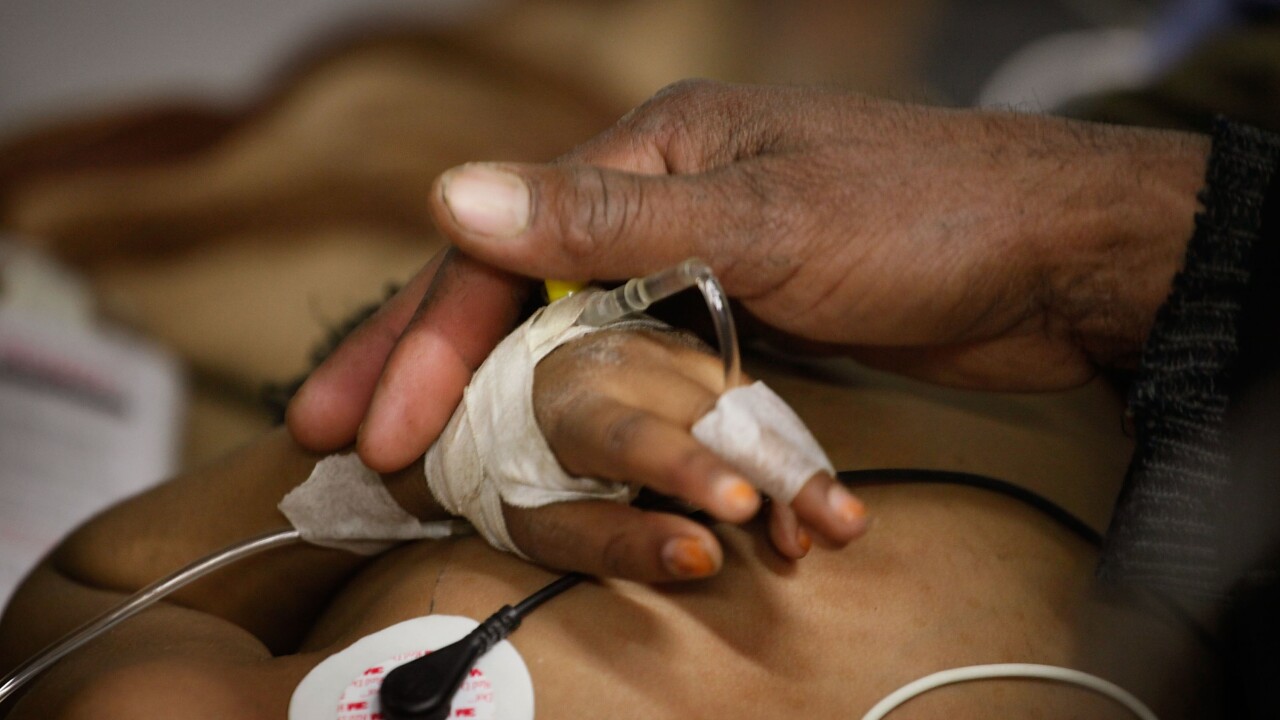 Scott Olson/Getty Images
DELHI, AFGHANISTAN - DECEMBER 17: An Afghan boy is comforted by his father after being brought into Alpha Surgical Company field trauma hospital at Camp Dwyer by a MEDEVAC helicopter December 17, 2009 near Delhi, Afghanistan. When he was brought into the hospital, the boy's body was rigid from tetanus. The hospital is tasked with treating sick and wounded coalition forces and local nationals in Helmand Province. (Photo by Scott Olson/Getty Images)

NEW DELHI (AP) — India’s health ministry on Friday rushed a team of pediatricians and other medical experts to a western Indian town where more than 100 children have reportedly died in a government-run hospital in the past month.

The state government said there was no negligence on the part of doctors as most of the children who died were referral cases reaching the hospital in the town of Kota from distant villages, including newly born children suffering from low birth weight, premature deliveries and nascent infections.

State Chief Minister Ashok Gehlot said in a tweet that the state health department was providing the best facilities in the hospital, which is nearly 400 kilometers (250 miles) southwest of New Delhi.

The Press Trust of India news agency cited some health ministry officials as saying that more than 70% of key equipment like infusion pumps, warmers and nebulizers for newborns were not in working condition at the hospital. There was also a shortage of doctors and supporting staff in the pediatrics department.

High fatality rates among children in some of India’s poorest regions have revealed cracks in the country’s health care system.

Poor parents in remote villages travel 100 kilometers (60 miles) or more to reach a well-equipped government hospital, with a large number of sick children dying on the way.

Copyright 2020 The Associated Press. All rights reserved. This material may not be published, broadcast, rewritten or redistributed.