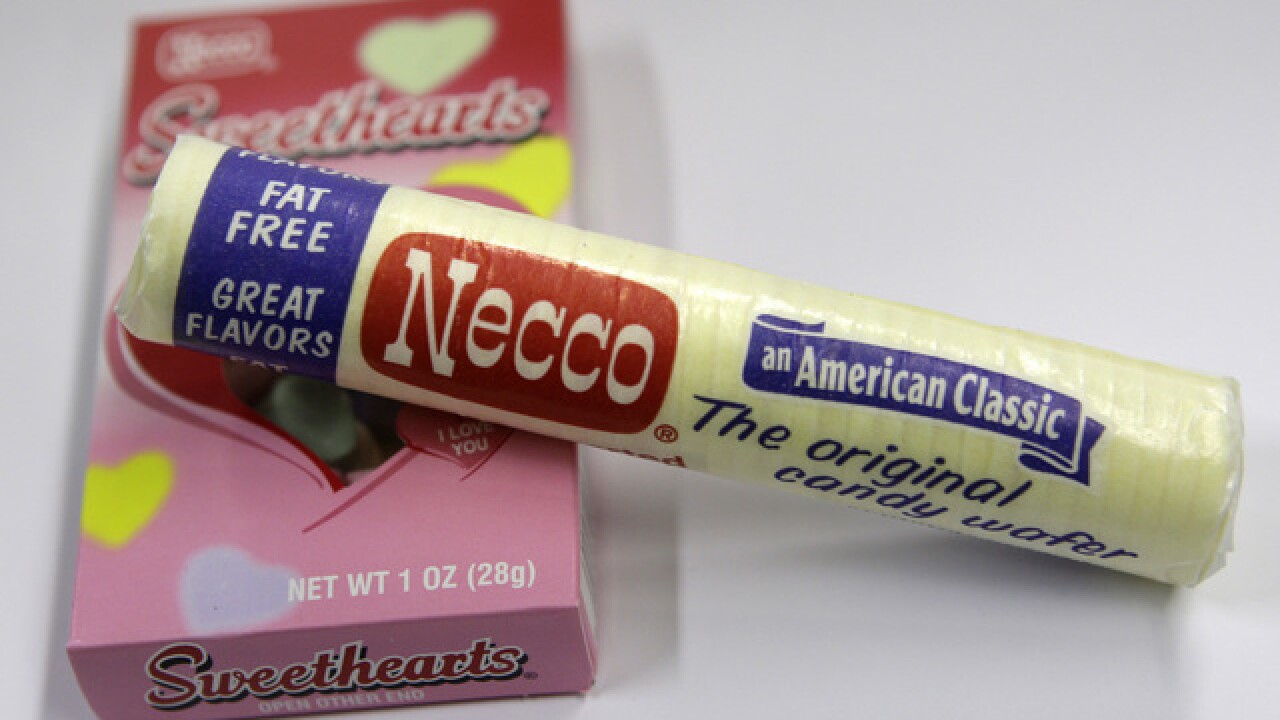 Copyright 2018 Scripps Media, Inc. All rights reserved. This material may not be published, broadcast, rewritten, or redistributed.
Charles Krupa
<p>A roll of NECCO Wafers and box of Sweethearts, key products from the New England Confectionary Company are displayed in Boston, Friday Jan. 16, 2009. The company, known as the abbreviated NECCO, first opened in 1847, when there were only 29 states in the Union, the Civil War had yet to start and Abraham Lincoln was a mere congressman. (AP Photo/Charles Krupa)</p>

REVERE, Mass. (AP) — The owner of the company behind chalky, colorful confections such as Necco Wafers and Sweethearts has unexpectedly shut down operations at its Massachusetts plant and hasn’t said if candy production will resume.

The Boston Globe reports Round Hill Investments LLC announced Tuesday it is selling Necco brands to another manufacturer and closing down its Revere plant.

The company had recently purchased Necco for $17.3 million at a bankruptcy auction in May.

Round Hill did not identify Necco’s new owner. The closure came as a shock to the close to 230 workers at the plant who say they were told to pick up their final paychecks Friday.