Tropical Storm Humberto is forecasted to strengthen into a hurricane Sunday 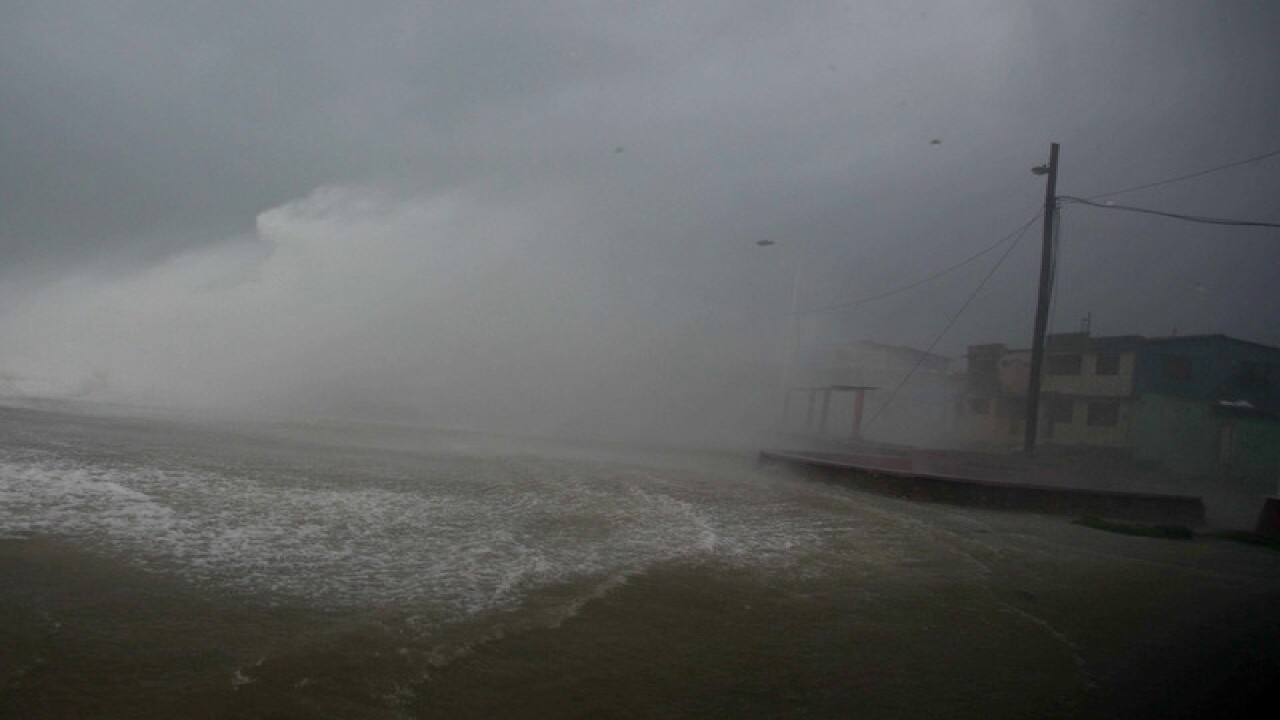 (CNN) -- The Bahamas missed the brunt of Tropical Storm Humberto, which is expected to become a hurricane Sunday.

Humberto is moving away from the Bahamas and is about 180 miles (290 km) northwest of Great Abaco Island and 165 miles (270 km) east of Cape Canaveral, Florida, according to the National Hurricane Center.

The storm's maximum sustained winds are 65 mph and it is moving at 7 mph, according to the center. The storm is slowly strengthening and is expected to become a hurricane on Sunday, said CNN Meteorologist Derek Van Dam.

The storm is forecast to continue moving away from the Bahamas and remain well offshore of Florida's east coast through Wednesday, the center said. The storm will generate swells that will affect the northwestern Bahamas and the US coast from east-central Florida to North Carolina during the next few days. The swells could cause life-threatening surf and rip current conditions, forecasters say.

Fears of a second storm

There was concern about what Humberto would bring to the Bahamas, where hundreds are still missing after the Category 5 Hurricane Dorian hit the Abaco Islands and Grand Bahama. The death toll currently stands at 50 but search and rescue teams are still searching through destroyed neighborhoods.

"Even if you're just talking 2 to 4 inches (of rain), you have to remember a lot of these homes, they don't have roofs on them. A lot of the buildings are already structurally compromised, so even a 50- or 60-mph wind can cause even more damage," CNN meteorologist Allison Chinchar said.

The islands did get some rain, Van Dam said, but did not get Humberto's full impact.

"They were spared the heaviest rain and the strongest winds, which were centered north and east of the storm," Van Dam said, adding the storm surge in the Bahamas was negligible.

Many in the Bahamas are still out of their homes following the havoc Hurricane Dorian brought when it struck the islands about two weeks ago.

About 3,900 evacuees have been processed through south Florida by air and sea so far, officials said, with few being turned away.

The number includes US citizens, legal residents, Bahamians and people from other countries who evacuated the islands after the storm hit.