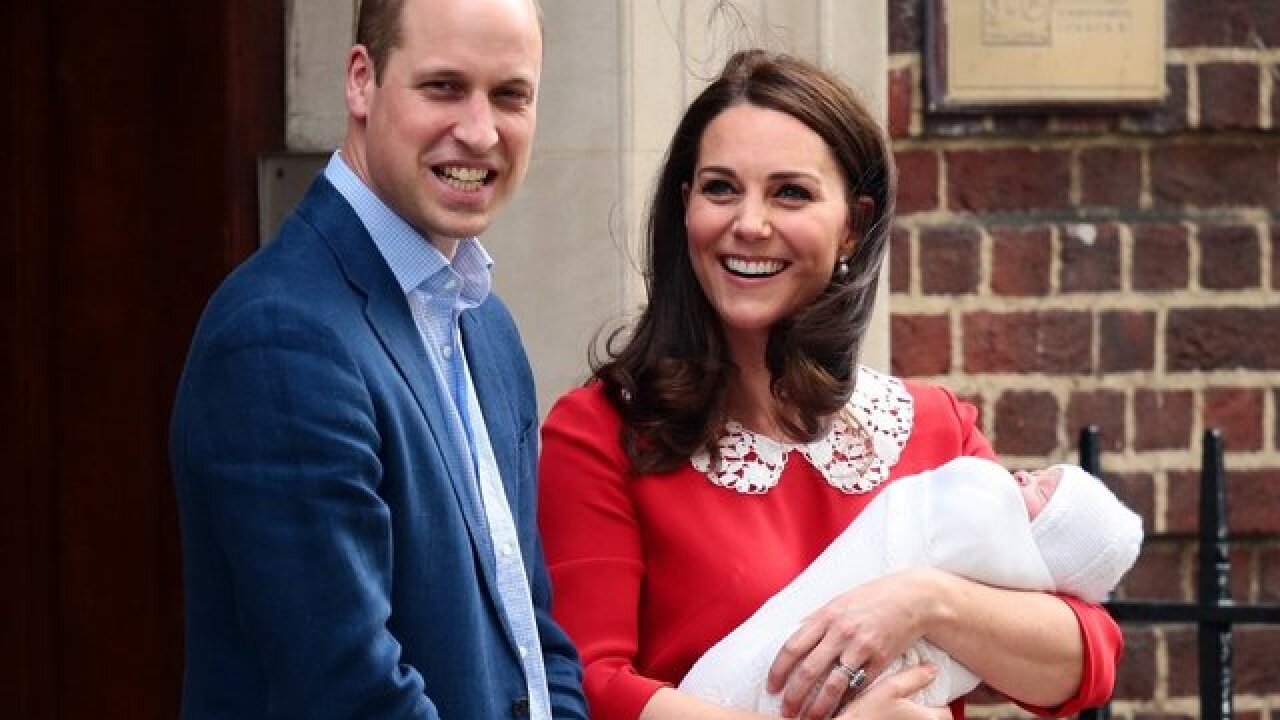 One of the photos was snapped when Louis was just three days old. He was born April 23 and went home the same day.

The two snapshots were released by Prince William and his wife Kate, the Duchess of Cambridge, and were taken by Kate at their home in Kensington Palace. Big brother Prince George, 4, is not in the photos.

A palace statement said Sunday that William and the duchess are "very pleased" to share the photos.

It said the royal couple want to thank the public for "all of the kind messages" received since Louis' birth.

The Duke and Duchess of Cambridge are very pleased to share two photographs of Princess Charlotte and Prince Louis.

The Duchess took this photograph of Prince Louis on 26 April. pic.twitter.com/re1Cd4aDRk