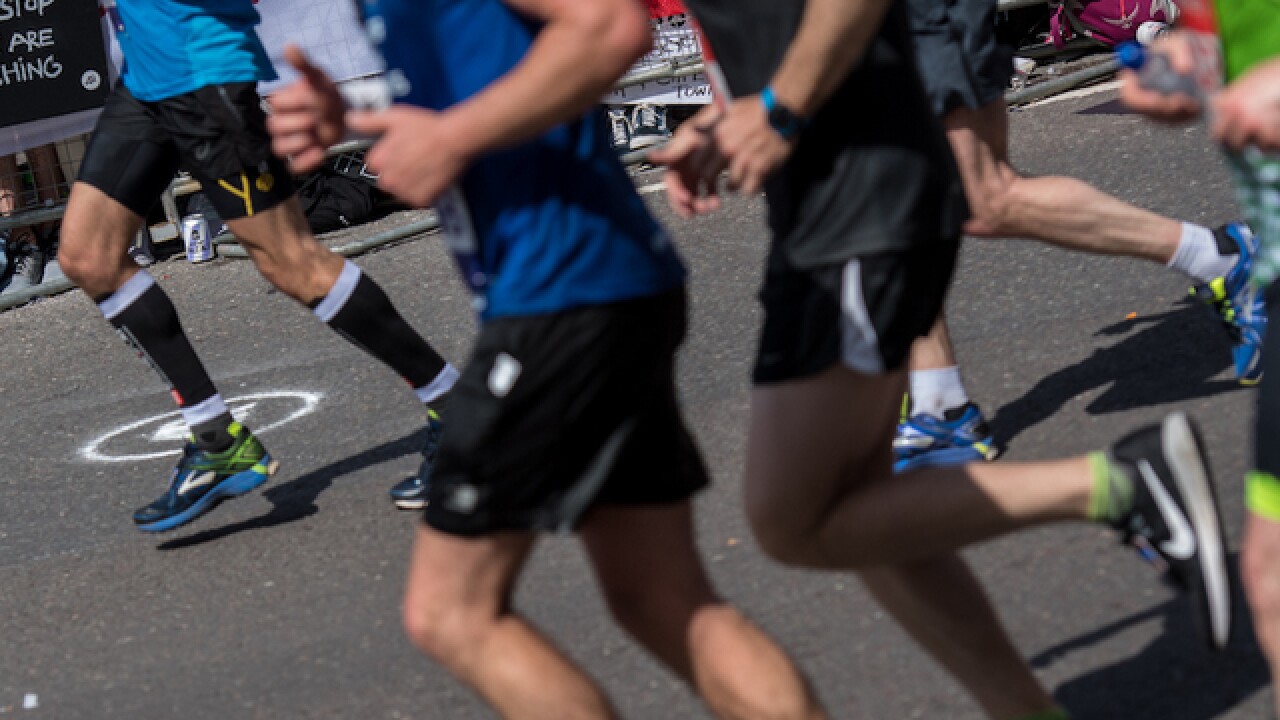 A runner in Sunday's London Marathon who appeared on the BBC television show "Masterchef: The Professionals" collapsed during the race and later died, according to the event organizers.

Matt Campbell, 29, collapsed after running 22.5 miles of the 26.2-mile course, the London Marathon organization said in a statement. Despite receiving immediate medical treatment, Campbell died later at a hospital. The cause of death has not yet been established.

The organizers offered their "sincere condolences to Matt's family and friends," adding that the family has asked for privacy.

Campbell's family paid tribute to an "inspirational son and brother," who was an avid marathon runner. He also was a professional chef who appeared on the competitive cooking show "Masterchef: The Professionals" in 2017.

He was running the London Marathon to raise money for The Brathay Trust, which inspires vulnerable people to make positive changes in their lives, and in memory of his father, who died in 2016. Campbell also had run a marathon in Manchester two weeks ago.

Shortly before Sunday's race, he tweeted a picture of himself with fellow runner Tom Peters, with the words, "Let's do this!!"

Campbell's death follows that of London Marathon participant David Seath, an officer in the British Army, two years ago, and 42-year-old Robert Berry in 2014.

Sunday's London Marathon was one of the hottest ever, with temperatures reaching 24 degrees Celsius (75 degrees Fahrenheit). In response to the forecast, organizers increased the amount of water, ice and showers available on the route and advised participants to apply sunscreen and run at a slower pace.

Despite the high temperatures, a record number of people completed the marathon, with 40,255 runners crossing the finish line by 7 p.m. (2 p.m. EST) Sunday. Around 750 of those who started the race did not complete the course.

Kenya's Eliud Kipchoge won the men's race with a time of 2:04:17, just 80 seconds off the world record, while his compatriot Vivian Cheruiyot came in first among the elite women, crossing the line in a personal best time of 2:18:31.