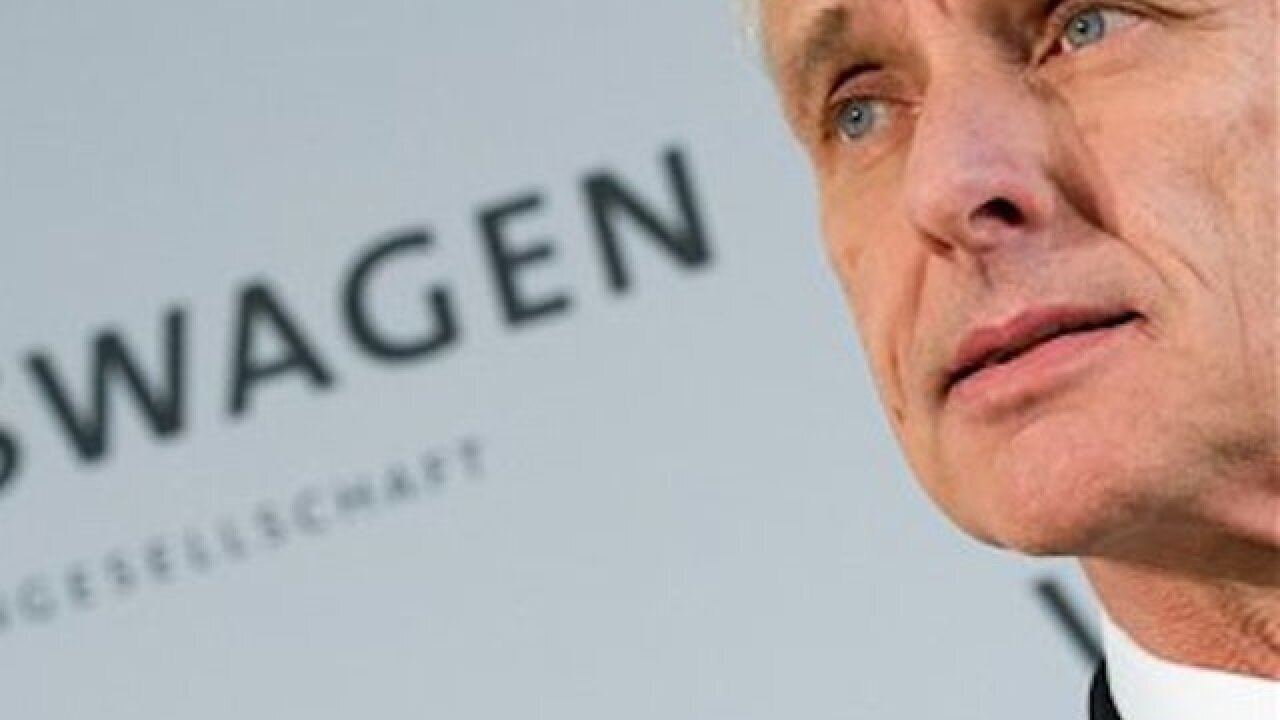 Julian Stratenschulte
<p>Matthias Mueller, Volkswagen AG CEO, speaks during a news conference in Wolfsburg, Germany, Friday Nov. 20, 2015. Volkswagen CEO Matthias Mueller says the company's board has decided to reduce capital expenditures by 1 billion euros (US $1.07 billion) in 2016 as it deals with the fallout of its emissions-rigging scandal. Mueller said Friday after a meeting of the board at company headquarters in Wolfsburg, German, that the cuts would bring capital expenditure down to 12 billion euros next year. (Julian Stratenschulte/dpa via AP)</p>

BERLIN (AP) — Germany's Volkswagen says it's making structural changes that will help it speed up its internal decision-making processes.

Volkswagen said in a statement Thursday the number of top managers reporting directly to the CEO will be almost halved.

The moves come as the company grapples with the fallout of an emissions-cheating scandal, whose origins it says have been linked to a small group of company engineers. CEO Matthias Mueller has said VW's investigation has revealed "information was not shared" and has pledged changes to prevent such a situation arising again.

Starting in the first quarter of 2016, VW is appointing group heads to report to Mueller, including in areas of research and development, sales, design, and production.