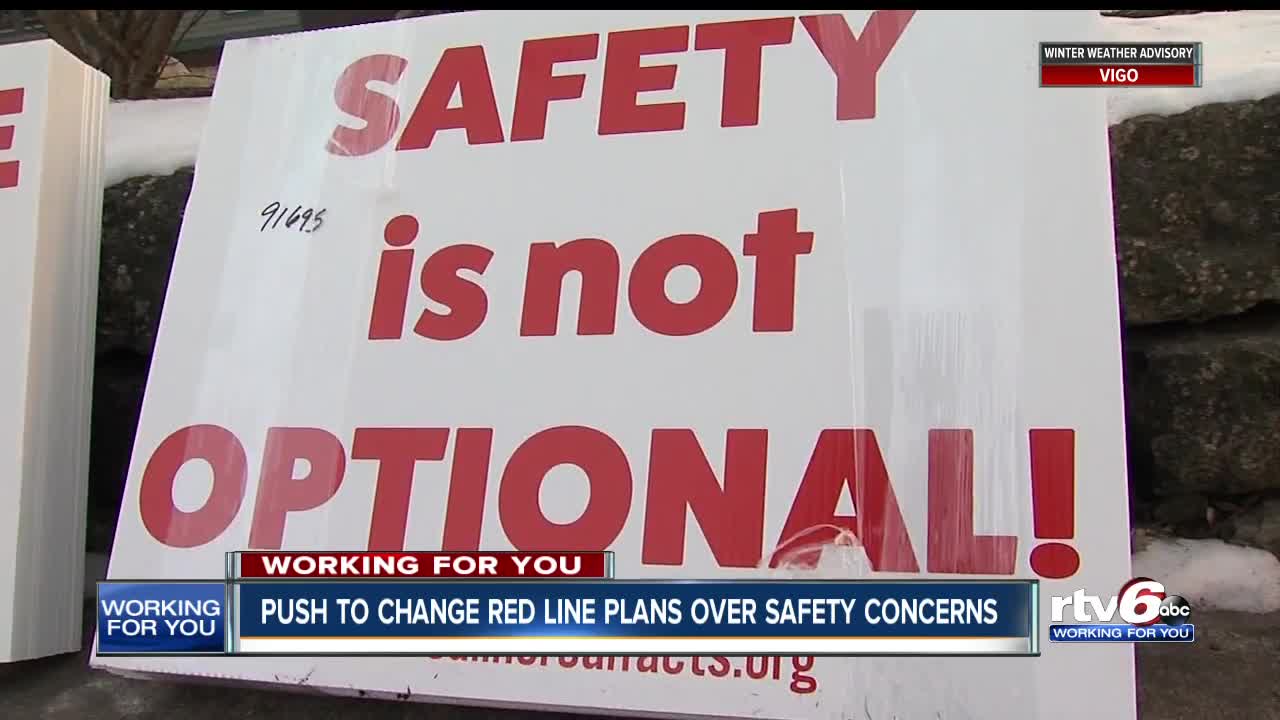 INDIANAPOLIS — The IndyGo Red Line remains a controversial mass transit plan for some folks in Indianapolis. RTV6 met some people who live near the planned routes, on Thursday night, who said local politicians have ignored them and so they brought their concerns to state representatives.

"We want transit in our neighborhood we want it to succeed, and we just want it safe," Duffy said.

Duffy and some of her neighbors went to a town hall hosted by Sen. John Ruckelshaus, Rep. Ed Delaney, and Rep. Carey Hamilton to share their worries about the red line.

Duffy wants the dedicated center lane for the red line to be removed. But a spokesman from IndyGo said the "dedicated lanes are critical for reliability," calling them "perhaps the most important aspect of rapid service." The spokesman also said the lanes have been approved by the Department of Public Works and are set in the project.

"They’ve said all along that it was a done deal, but they’ve changed the design and moved things around up until recently in other parts," Duffy said.

Duffy also worries her neighborhood will receive diverted traffic long after the project has completed. The spokesman from IndyGo confirmed Duffy's worries as true and said that they expect about 25 percent of previous traffic on College Avenue to divert to other routes, but says they expect the majority of the traffic to use Keystone Avenue.

The spokesman also said that IndyGo had public meetings for years where people could give feedback.

"Myself and several other people we attended every one that we could in our neighborhood," Duffy said. She also said that nobody at those meetings listened, which led them to their state representatives on Thursday night. The state representatives were clear at the meeting that they get involved in state matters and encouraged people to reach out to their city-county councilors as well.

Duffy said she thinks there is still a change that they could enact for her neighborhood. "I mean it’s advocating, it’s listening, it’s asking questions that we have been asking, and they should have been asking," she said.

Folks in the Meridian and Kessler neighborhoods said they are planning a rally next week to advocate for the safety of their streets.