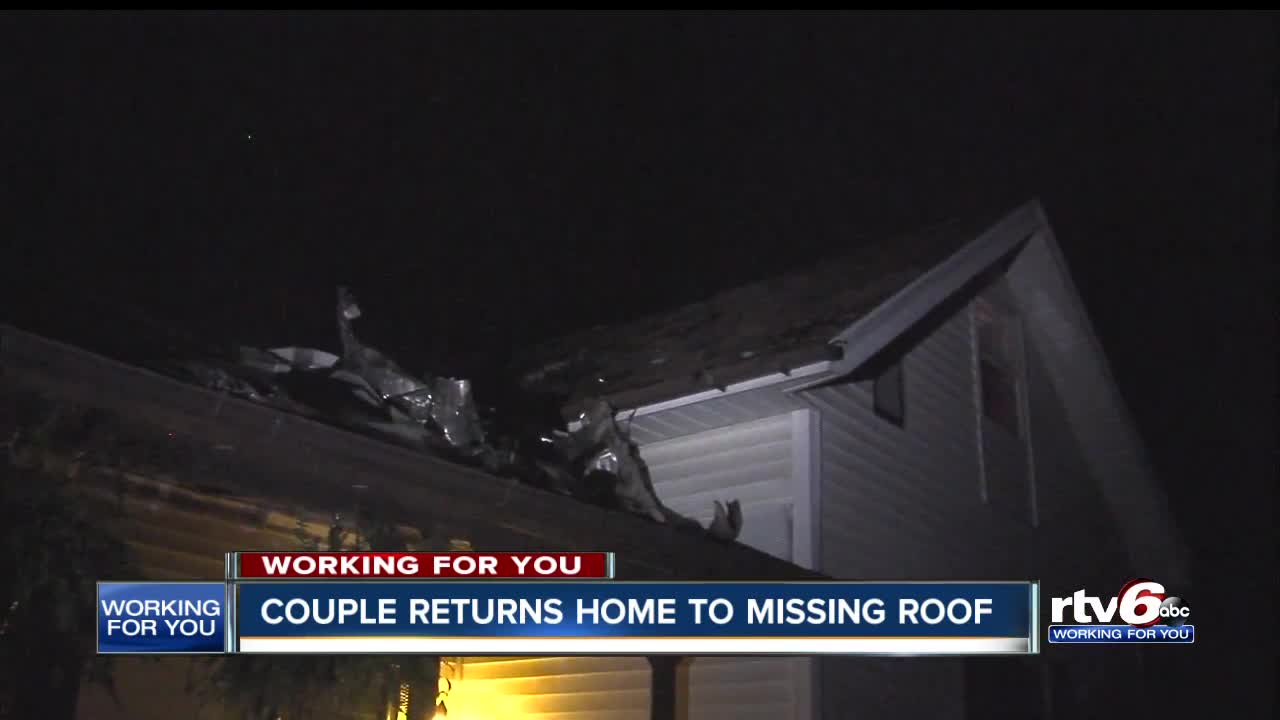 SHELBY COUNTY — Imagine returning home and discovering someone removed your roof while you were gone. It's probably so inconceivable that it's not even on the list of a homeowner's worst nightmares.

But that is what happened Tuesday morning to Kevin and Shellie Giles when they drove up the driveway of their Shelby County home.

The Giles family spent Monday night camping at Heflin Park in Edinburgh. They expected to make a quick stop at home to select clothes for their children's picture day at school and then return to the campground, but those plans quickly changed.

"We came around the corner up the driveway and saw the roof had been all torn apart," Kevin Giles said. "I didn't really know what to think."

Giles said he spoke to three neighbors who had observed five men working on the roof with two vehicles, a white van and a gold four-door sedan, sitting in front of the house. They told him the workers were at the house from around 8 a.m. to 10 a.m. Tuesday.

"They left about a half-hour before we got back home," Giles said. "They were here for two hours, tore off the roof and left."

At first, Giles said he thought someone had vandalized his house, but he noticed flowers had been moved out of the way, presumably so they wouldn't be damaged. The neighbors informed him they saw one man speaking on the phone before the crew drove away. Giles' theory is the people who removed his family's roof arrived at the wrong house, realized their mistake and took off without providing an explanation.

"There was no note, no contact number and we just came home and saw there was no roof," he said.

Giles said he has been working on a remodel of the house, where he and his family have lived for five years, and planned to handle the roof himself. It's possible, he said, the workers saw the shingles sitting in front of the house and thought it was their destination.

For now, Giles is playing the waiting game with this unexpected situation. He and his wife filed a police report later in the day Tuesday, and he said they are waiting for their insurance company to send someone out to take a look at the mess. And he will probably have to stay home Wednesday instead of going to work at Huff Electric in Greenwood.

Even if it was a mistake, Giles said he hopes the people who are responsible apologize and provide an explanation.

"I understand people make mistakes, but they have to make it right and fix everything," he said. "I wish the people who did it could come back and make it right."