Abandoned homeless camp is a concern on east side of Indianapolis 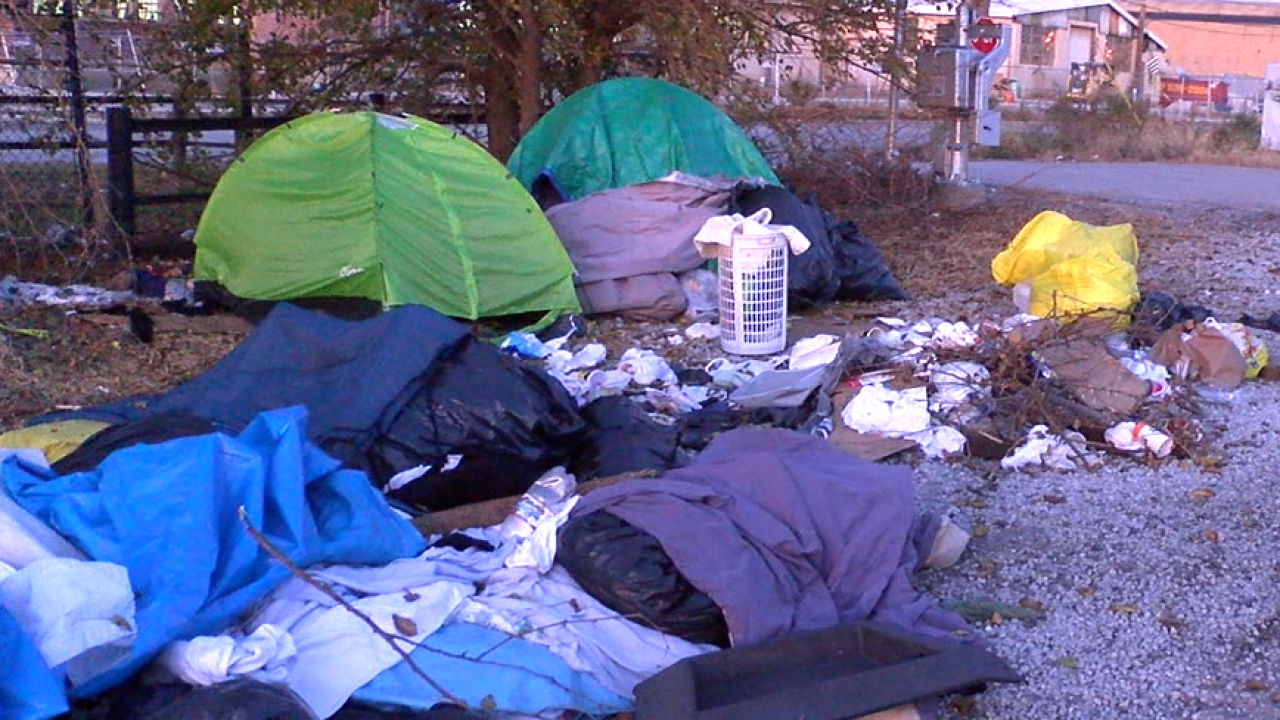 CORRECTION: A prior version of this story directed people to contact the wrong city department. The intersection was also misidentified the intersection. RTV6 regrets the errors.

INDIANAPOLIS — Colder weather as we get closer to winter is creating a new problem for people living just east of Downtown.

Tents, blankets and garbage are left behind at what used to be a homeless camp off Southeastern Avenue and Leota Street, a spot Joe Valenti drives past every day.

"There's some blankets over there, good blankets," Valenti said, pointing to the abandoned camp site. "I think this is probably a warm weather site."

Valenti said he has talked to the people who lived there. He understands there are many reasons why someone would end up homeless and living in a tent next to train tracks.

"A lot of them prefer to be what they say, free," Valenti said.

But with dangerously cold weather on the way, Valenti worries that what looks like a piece of garbage could actually be hiding something more serious.

"They could be dead in that tent," he said.

Not knowing what to do, Valenti first posted on the NextDoor app, which is how RTV6 learned about his concerns.

If people have concerns about trash, illegal dumping or wish to report an occurrence then they should contact the Mayor's Action Center (MAC) at 317-327-4MAC (4622), report online at Request Indy or use the mobile app available for iPhone and Android. Reports of trash and illegal dumping should not be made directly to the Department of Business and Neighborhood Services (BNS). The MAC is a city agency which takes in reports and complaints and disperses that information to the appropriate agency for response.

"These people don't deserve to be out in the cold, in the weather, and our neighborhood doesn't deserve to have this trash," Valenti said.