Abandoned homes causing crime concerns on the east side 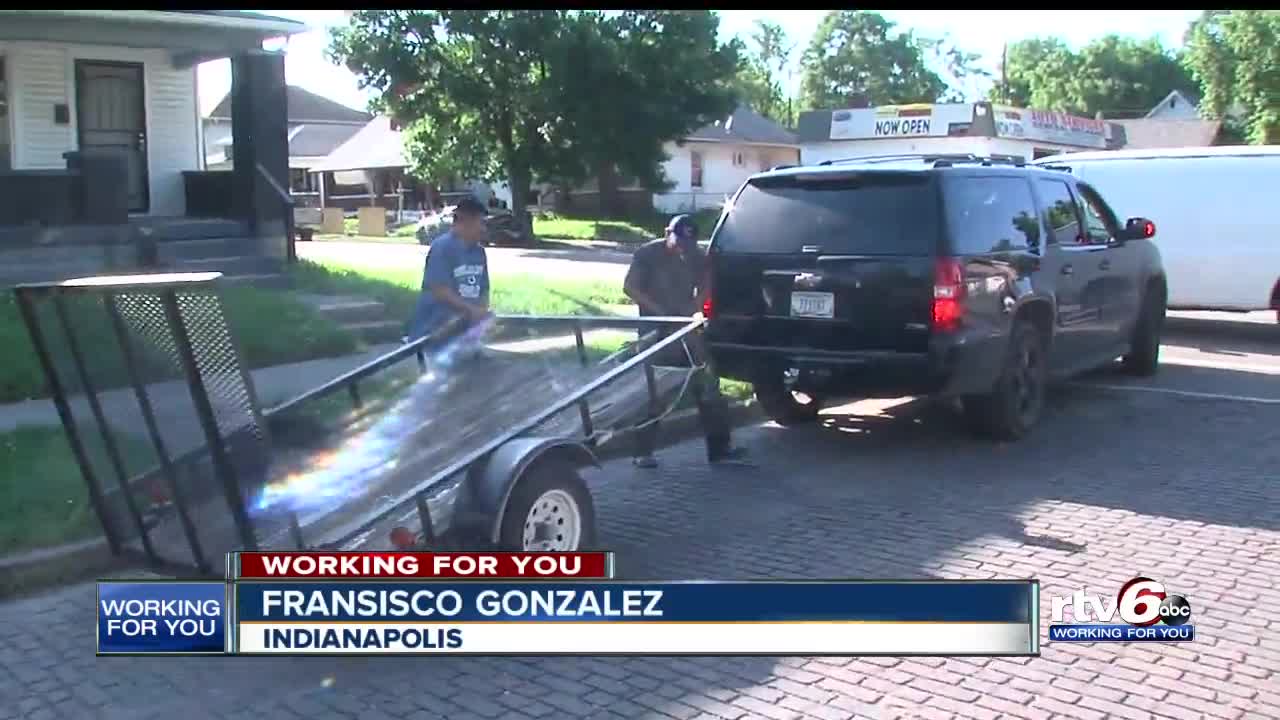 Neighbors are concerned about abandoned homes leading to crime and other problems.

INDIANAPOLIS — Abandoned homes leading to crime and other problems. It's an issue countless communities are facing across Central Indiana.

One east side neighborhood reached out with concerns about abandoned houses after several break-ins.

Francisco Gonzalez found his trailer Monday after it was stolen a month ago. After police showed up and confirmed it was his, they let him take it home. Officers on the scene said they would write down serial numbers on some of the other items in the yard to see if they were also stolen.

"That's like two blocks from my house," Gonzalez said.

It's a troubling reality to find his stolen property so close to home.

Misty Allen lives around the corner from where Gonzalez's trailer was found.

"I, personally, have been broken into three times," Allen said. "If a house is abandoned and you can't figure out who it belongs to, they're just taking it over."

Several neighbors we've talked to over the past week expressed concern that people living in abandoned homes are being some of the crime.

"We found personal property in some of these abandoned properties," Allen said. "We need to get this all cleaned up. Some really needs to happen around here."

William Callahan said one of the biggest issues has been contacting the owners of abandoned properties to get permission for police to enforce trespassing, but he has an idea.

"Actually forcing the owner of a property to have a listed address and a phone number where they can be reached," Callahan said.

City officials told RTV6 if you think an abandoned home needs attention, you can report it to the Mayor's Action Center or your City-County councilor. If someone is living in an abandoned house, officials said you should call police.